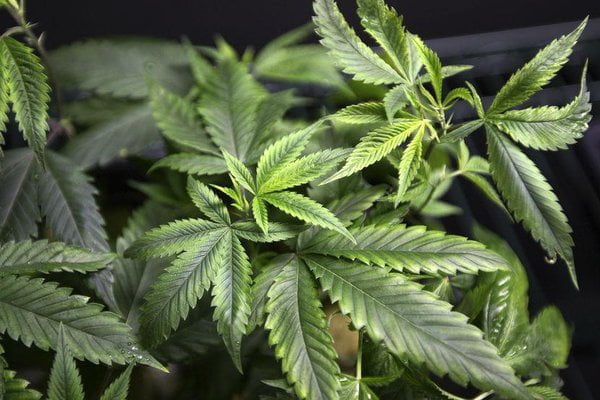 Allen Peake is considered the leading Republican proponent in the state, (emphasis on Republican) since he is still extremely conservative on marijuana use compared with Democrats in the state. In fact he is barely evolved from a complete prohibitionist.

“Colorado is a different animal than Georgia and we don’t intend to go down that path at all,” said Peake. “But it’s good to get input from folks who have been dealing with it for several years, to learn the pitfalls they’ve experienced so that we can learn from them.”

The delegation visited labs where marijuana is processed into a medical oil and also met with the Colorado head of marijuana enforcement as well as the Colorado Bureau of Investigation.

The neutered marijuana law sponsored by Allen Peake has been a huge disappointment to nearly all supporters in the state due to the numerous shortcomings. Katie Crosby who suffers from the debilitating pain associated from fibromyalgia which wasn’t approved is especially angry.  Allen Peake and our legislature voted to allow the sale of a pharmaceutical product made from the plant, for a limited number of illnesses, with an almost insurmountable number of regulatory hoops required.

Assuming you can jump though all the hoops and afford the incredibly high costs, you are then able to buy a pharmaceutical product as long as you travel out of state and risk arrest to try and procure it. It infuriates me to no end how the media continues to lie and say Georgia is now a medical marijuana state. It isn’t! Someone please tell me where you can legally buy it in the state and I will make a retraction.

Our legislators don’t believe in any kind of freedom that isn’t paid for by their donor lobbyists which include the Georgia Sheriff’s Association, the prison industrial complex and pharmaceutical companies. Their other big ally are illegal drug dealers that would suffer the biggest hit because legalization would put many of these dealers out of business or at least drastically reduce their profit margins.

I find it very ironic that someone like Allen Peake who claims to know absolutely nothing about the effects of marijuana since he has never used it in his life is the person leading the delegation. That would be akin to asking an oil company CEO to visit a wind farm to see what they can learn.

People in Georgia aren’t quite as stupid as Nathan Deal or Allen Peake hope when it comes to the relatively harmless effects of marijuana especially in comparison with prescription drugs. Many in Georgia are also now aware of their connections to pharmaceutical lobbyists who are dead set against loosening regulations because it would hit their profits.

Allen Peake also made the following statement of the trip. “The biggest question may be what do we make sure that we don’t do” the Macon Republican said of the trip.  I suppose he means things like stop imprisoning and ruining the lives of non-violent users most of whom are young and black.  Or maybe he means not living up to the principles established in the Constitution when it comes to our rights to pursue happiness. Or maybe he meant thwarting the free market system and capitalism which should decides the viability of products. Or maybe he means putting an end to Georgia’s Republican nanny state government that too often wants to restrict our rights and freedoms in comparison with other states. Or maybe it means the opposition by Georgia prison industrial complex which lobbies Republicans heavily and would lose most of their customers. Or maybe because the various police agencies would lose millions from civil asset forfeiture abuses by no longer being able to steal from citizens like bandits.

To be absolutely clear I am not advocating for the legalization of heroine, cocaine, methamphetamine, or any other hard drugs. For far too long marijuana has been lumped into that very addictive and dangerous list of drugs unfairly. None of those hard drugs belong in any conversation with marijuana and have practically no similarities other than being illegal. It is absolutely ridiculous that marijuana is still listed as a schedule I narcotic when it meets absolutely none of the criteria for the definition.

When Peake says he doesn’t want to go down the road of Colorado maybe someone should tell him it is a plant and not a synthetic medical compound. His not so subtle swipe at Colorado is not only misguided but isn’t supported by the data. In 2014 Colorado raised $76 million additional dollars in tax revenues. Colorado’s successful experiment in marijuana legalization is bringing in millions of dollars of revenue per month while simultaneously benefiting schools and contributing to a drop in crime rates. Colorado schools have earned $13.6 million in just the first five months of 2015, a sharp increase over 2014, when the tax generated a total of $13.3 million for the whole year.

A study released in January by the Drug Policy Alliance showed that legalization has led to a decrease in crime. In January, Laura McCauley, a staff writer for Common Dreams, summarized the study’s findings:

“According to statistics compiled by the DPA, in the first 11 months of 2014, the rate of violent crime fell 2.2 percent compared with the same period in 2013. In the same time frame, burglaries in Colorado’s capital, Denver, decreased by 9.5 percent and overall property crime decreased by 8.9 percent.

Further, arrests for marijuana possession have continually dropped since 2010 and are now down roughly 84 percent.”

So Mr. Peake the next time you say you don’t want Georgia to go down the road of Colorado please make sure you add the qualifier that you are speaking for yourself! That looks like a pretty good road to follow to most sensible individuals. If you really care what the people of Georgia think, why won’t Republican legislature allow the voters of Georgia to decide for themselves with a voter referendum?  Republicans had no problems putting forth a referendum to make it illegal for same sex couples to get married years ago. So why no referendum on marijuana? If you said because they are afraid they would lose you get the prize.

What Could Have Been: A Summary of Georgia General Assembly 2015 Session

A Look at Medical Marijuana in Georgia: Why So Slow?

One thought on “It’s time for full legalization of Marijuana”