What Could Have Been: A Summary of Georgia General Assembly 2015 Session 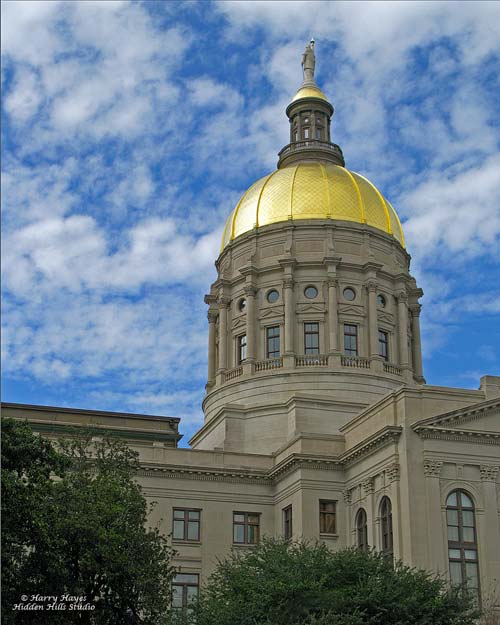 Every session begins with a sense of optimism, especially after an election — even if you are in the minority party.  There’s hope that good things will get done and we will make a difference in the lives of Georgians individually and in improving Georgia collectively.  Perhaps it’s the presence of freshmen legislators who aren’t yet jaded by the system or perhaps it’s just a sense that the glass is always half full.  Now, with the session almost over, reality is sinking in.  We could have done a lot. We could have placed Georgians at the center of our debates, securing a more prosperous future for our entire state. Instead, that failed to materialize. We bickered, and we pushed papers. Now, I want to tell y’all what we could have done in the hopes that we can bring these ideas to the floor during the next session.

First off, we could have spent a lot more time with transportation than we actually did. With our infrastructure heaving under the pressure of millions of commuters across our state we need to reinvigorate our aging roads and bridges. But more importantly, we needed to invest in more mass transit options to, first, alleviate the traffic burden and, second, ensure that lower-income earners who cannot afford personal transportation can find a way to be mobile. These are important characteristics that businesses look for when relocating to our state, and most of our cities and counties do not fill those criteria. By concentrating on creating a comprehensive tax-based solution to our transportation woes, we could have maximized our economic potential. Instead, we dropped the ball on this issue.

I was very glad that we got to talk about medical marijuana during the session and reform of our state’s marijuana laws generally has begun in earnest. I personally had the pleasure of sponsoring a bill in the Senate to help Georgians access life-saving treatment.  But, once again, due to adamant opposition, we did not maximize our potential. We passed a bill. And I’m thankful for that, but make no mistake, it won’t help a lot of Georgians needing medical care.  If you are upper income or upper middle class, if you are unlikely to get profiled while driving or flying (i.e., white), and if you are brave, you can now travel out of state and buy one type of medical marijuana for yourself or someone you are caring for. And if you don’t get arrested for any one of a dozen or so felonies you will commit on your way back to Georgia, you won’t get prosecuted by our District Attorneys.  Now, if that one type of medical marijuana doesn’t work for you, then too bad so sad.  All that said, a start is a start, but we could’ve done so much more.

Last but most definitely not least is the governor’s bill regarding “failing” schools. Ultimately, if Georgia voters give approval, the bill will grant the governor constitutional authority to take over any struggling school. While I certainly am glad that we are focusing on this issue, this program has the potential for a lot of political abuse and provides no additional money to the schools, most of which are in poverty-stricken areas. Simply rearranging the deck chairs or changing captains on the Titanic wouldn’t have stopped the boat from sinking. In same way, if we’re not willing to actually invest the money in fixing the schools, we’re not going to get different results simply by allowing the governor to randomly take control of them.

These are just some of the issues that we touched on but did not even come close to solving. On the other hand, there are so many problems facing our state that we simply did not even give a hard look. By seriously discussing minimum wage, we could have improved the lives of hardworking Georgians, pulling them out of poverty and stimulating our economy in the process. Improving voting access for thousands of citizens across our state and talking about overseas ballots could have made our elections more fair and representative. And, we could have tackled conflict of interest in our ethics code to combat corruption rather than making superficial changes. Further, major tax reform is something we haven’t really talked about since the 1930’s. That’s not because our tax system that burdens the poor and makes the rich richer isn’t broken. It’s because we haven’t adequately prioritized our legislative issues.

Instead, we pandered to bills like the Religious Freedom Restoration Act that underhandedly tried to mask LGBT discrimination as an exercise of religious and spiritual freedom. Numerous faith leaders and citizens throughout our state came out against this bill, yet legislators continued to push for this, wasting resources and making us a laughing stock of backwards thinking.

Looking back on all of this, I can safely say we did as little as possible. And, y’all, that needs to change.