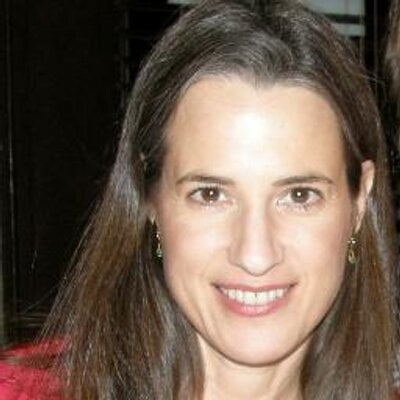 This week we would like to honor Nydia Tisdale with our Georgia Peach Award for fighting an heroic battle against City Hall and winning.

Georgia Watchdog first learned about this intrepid watchdog journalist when we reported about her in this article Citizen journalist Violently Restrained at Public Event. That story began to be known as Pumpkingate because she was manhandled and assaulted by a goon with a badge at a GOP rally called Burt’s Pumpkin Farm. It was attended by Nathan Deal, Sam Olens, David Perdue and many other Republican bigwigs that sat there and did nothing while Nydia was assaulted by a rogue deputy. We were the first and only site in Middle Georgia to cover this story and among the first in the state as well. We hope there is a similar outcome for Nydia in that lawsuit as well.

From her website About Forsyth: Tisdale situated her tripod, mounted her video camera atop and began filming moments before the meeting. The Mayor called the meeting to order and then said, “First of all, a little house cleaning. Uh, Chief Tatum, if you would, remove the camera from — from the auditorium. We don’t allow filming inside of the city hall here unless it’s specific reasons, so if you would remove the camera.”

“Respectfully, Mayor … I am exercising my right as a citizen to record this meeting,” Tisdale asserted her right to film.

Two armed police officers — Chief Tatum and Deputy Chief Walter “Clyde” Cook — grabbed both of her arms and her tripod with her Sony camcorder attached. “Sir! This is an open and public meeting! I have a right by Georgia law to film this meeting!” protested Tisdale.

Georgia Sunshine Law [O.C.G.A. § 50-14-1.] Open and Public Meetings Act reads, “The public at all times shall be afforded access to meetings declared open to the public. Visual and sound recording during open meetings shall be permitted.”

Tisdale had also previously filmed City Attorney Dana B. Miles in open-and-public county meetings. Thus, she implored the Mayor to confirm her claims, “Ask Dana Miles. Ask your counsel. Ask Dana Miles.” However, her cries fell on deaf ears as counsel Miles sat silent whilst Tisdale’s rights were being violated.

“There will be a complaint filed with Georgia Attorney General, not allowing me to film this meeting,” announced Tisdale.

“This is illegal. You cannot close the meeting. I have a right by Georgia law and you should consult your counsel, Dana Miles. He is aware of Georgia state law,” Tisdale further informed the Mayor. Again, Miles remained still.

Outside chambers, Tisdale packed her video camera and tripod in the atrium area, regained her resolve and returned to council chambers. When she attempted again to record the meeting, now with her Olympus camera, she was again ordered to stop filming a second time.

Read More at About Forsyth

Georgia Watchdog congratulates Nydia Tisdale on this victory for government transparency. This win will ensure than no other imperial mayors think they can bully citizen journalists and prevent us from recording meetings. This win comes at an auspicious time as this is Happy Sunshine Week.  In fact I just published an article today on the threats to sunshine laws. People like Nydia Tisdale that decide to stand up and fight for our rights are extremely important in this ongoing battle for transparency and accountability in government.

Freedom most certainly isn’t free and that includes battles like the one Nydia fought. It also means that when you are stopped by the police you need to understand your rights that permit you to video record that encounter as well regardless of what they tell you.

So Congratulations Nydia on winning this edition of our Georgia Elberta Peach award and fighting the good fight. If you can’t think of how to spend that $200,000 I know a certain Watchdog site that could put a bit of it to good use.  😆