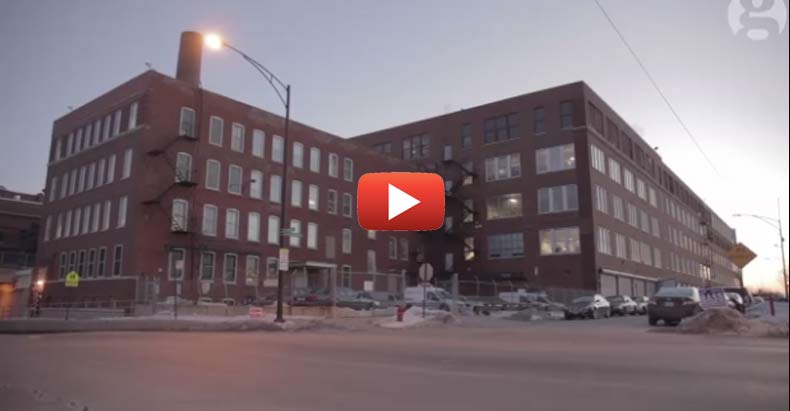 Chicago, Ill. – In a startling report from the Guardian, details have been revealed about Chicago police detaining American citizens at “black sites.” These sites are similar to those used by the CIA around the world to interrogate/torture alleged terrorists.

The stunning revelation of the Chicago Police Department operating what amounts to an off-the-books interrogation facility is threatening, to say the least. The facility apparently operates outside the bounds of the U.S. Constitution, and its discovery exposes the very real and present danger of the threat posed by the police state to American freedom and liberty.

Housed in a warehouse on Chicago’s west side, Homan Square has long been the home to secretive police work. Attorneys as well as protesters, tell a tale of being systematically being denied their constitutional rights.

According to the Guardian,

Alleged police practices at Homan Square, according to those familiar with the facility who spoke out to the Guardian after its investigation into Chicago police abuse, include:

• Keeping arrestees out of official booking databases.
• Beating by police, resulting in head wounds.
• Shackling for prolonged periods.
• Denying attorneys access to the “secure” facility.
• Holding people without legal counsel for between 12 and 24 hours, including people as young as 15.

At least one man was found unresponsive in a Homan Square “interview room” and later pronounced dead.

In addition, no one is booked into Homan Square. Thus, there is no way of allowing anyone to account for their whereabouts as would typically happen at a precinct. When attorneys attempt to gain access due to a client being inside, they are summarily turned away from the “secure facility.”

“It’s sort of an open secret among attorneys that regularly make police station visits, this place – if you can’t find a client in the system, odds are they’re there,” said Chicago lawyer Julia Bartmes.

According to Chicago civil-rights attorney Flint Taylor the practices entrenched in the operation of Homan Square violate both the Fifth and Sixth Amendments of the U.S. Constitution.

“This Homan Square revelation seems to me to be an institutionalization of the practice that dates back more than 40 years,” Taylor said, “of violating a suspect or witness’ rights to a lawyer and not to be physically or otherwise coerced into giving a statement.”

According to Eliza Solowiej of Chicago’s First Defense Legal Aid, one man had his booking information changed in the central booking database. He was then taken to Homan Square with no record of the transfer. After his stint at Homan Square, he was taken to the hospital with a head injury, and she was finally able to find him.

“He said that the officers caused his head injuries in an interrogation room at Homan Square. I had been looking for him for six to eight hours, and every department member I talked to said they had never heard of him,” Solowiej said. “He sent me a phone pic of his head injuries because I had seen him in a police station right before he was transferred to Homan Square without any.”

Then, in a case that highlights the extremely ominous nature of Homan Square, 44-year-old John Hubbard was pronounced dead on February 2, 2013 after being found “unresponsive inside an interview room.”

The Cook County Medical Examiner’s Office “could not locate any record for the Guardian indicating a cause of Hubbard’s death. It remains unclear why Hubbard was ever in police custody,” the Guardian reports.

We are clearly teetering on the brink of total despotism and violations of the Constitution. This egregious practice must be investigated and prosecuted by the Department of Justice if they hope to keep the social fabric from unraveling.

“I’ve never known any kind of organized, secret place where they go and just hold somebody before booking for hours and hours and hours. That scares the hell out of me that that even exists or might exist.”

The egregious nature of this clear and present danger to American liberty cannot be overstated. According to Tracy Siska, a criminologist and civil-rights activist with the Chicago Justice Project,

“The real danger in allowing practices like Guantánamo or Abu Ghraib is the fact that they always creep into other aspects,” Siska said.

“They creep into domestic law enforcement, either with weaponry like with the militarization of police, or interrogation practices. That’s how we ended up with a black site in Chicago.”

Revelations like this case show how easy it is for constitutional protections to be completely disregarded and how quickly the slide into tyranny can occur.

Let’s get the word out and wake people up, by sharing this article wide and far. The time has come to unite and demand the systemic changes necessary to create a more just society and sustaining liberty.