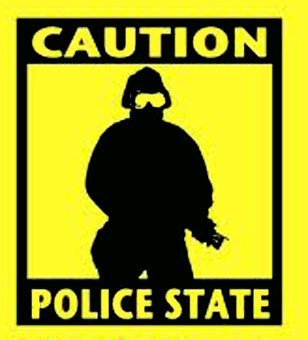 Despite the lies being circulated in the media by HB56 sponsors and Republican leaders who are successfully “dumbing down” their Republican base, no knock warrants have always been illegal in Georgia and HB56 will legalize them. The bill would also assist bad apples in law enforcement in getting away with any crimes committed during what would be newly legalized and highly profitable raids. See the press release and Georgia Code below for the actual facts. HB56 rhetoric is an example of a classic, well-rehearsed tactic that unethical political leaders use to pretend they want to preserve our freedom while they are actually trying to destroy it.

If all of this disturbs you as it does me, please contact House Speaker David Ralston, HB56 sponsors and Non Civil Judiciary Committee members below to express your concern and stop HB56. Special thanks to Catherine Bernard who performed the initial legal research that exposed the lie.

ATLANTA GA – Last Sept. 24th, Dublin resident David Hooks was murdered when undercover Laurens Co. deputies broke into his home to conduct a drug raid. They fired some 17 shots, killing him in the presence of his wife. Various reports explained that the deputies acted on false information from Rodney Garett, a meth addict who was arrested for burglarizing Hook’s property and stealing his SUV two nights earlier. Deputies searched the home of Hooks and his wife for 44 hours after the murder and found no drugs. They obtained a search warrant from Magistrate Judge Faith Snell but illegally failed to knock and announce their presence according to Mrs. Hooks. She survived the attack, thinking their home was being burglarized again. Snell issued a warrant despite new restrictions supposedly placed on issuing them after 88 year old Katheryn Johnston was murdered in her home by an undercover Atlanta “Red Dog” police unit in 2007.

The Hooks murder occurred 4 months after a 19 month old toddler was critically injured in another unwarranted drug raid gone wrong in Habersham County. There police used a “no knock” warrant and a hurled flash bang grenade into the baby’s crib. “No knock” search warrants are illegal under Georgia law. O.C.G.A. 17-5-27 requires officers to issue a verbal notice in good faith to enter a residence. That was standard practice even prior to the July, 1776 Declaration of Independence from British rule and later adoption of 4th Amendment Constitutional protections against unreasonable search and seizure.

Despite all this, Rep. Kevin Tanner (R-Dawsonville) introduced HB56 to legalize “no knock” search warrants. Tanner mentions court decisions to falsely claim that “no knock” warrants are legal in Georgia. But HB56 Sect. 3 and Sect. 5 define new guidelines that lawfully allow “no knock” search warrants for the first time in Georgia history. That will protect law officers from being held accountable for crimes they commit during highly profitable, unwarranted raids that would become legal. If HB56 was a 2014 law, Teresa Hooks would have little recourse for the murder of her husband. HB56 passed a Non-Civil Judiciary subcommittee this week and is co-sponsored by Chairman Rich Golick, who was a floor leader for former Gov. Sonny Perdue. Other co-sponsors are Republican Reps. Hitchens, Gasaway and Efstraton, and Democrat Carolyn Hugley. HB56 was supported through committee assignment by House Speaker David Ralston.

Tanner is a former Dawson County deputy who managed operations for Sheriff Billy Carlisle. It was Carlisle’s office that forcibly arrested Nydia Tisdale for filming a public campaign event, confiscated her camera and then returned it with a gap in the video. The gap eliminated her screams for help that could be clearly heard on another, public news camera that recorded her arrest. Dawson County is also the home of former Assistant District Attorney, John G. Wilbanks. He allegedlycommitted suicide in 2012 when he died from “multiple wounds to the head” after 3 shots were fired from a handgun.

Current law proving “no knocks” are illegal and a good faith attempt to give verbal notice is required for law enforcement to enter a private residence:

Non-Civil Judiciary Committee Members who may hear and vote on the bill: