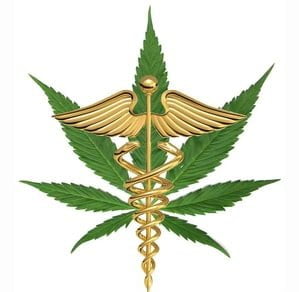 I am still waiting for more confirmation, but I will post the tweets from Lori Geary from WSB T.V. station in Atlanta below. If this is true it is very big and most would say very bad news. Lori Geary tweeted that the THC level has been decreased to 3% from 5%. Also in her second tweet she mentioned cancer, ALS, seizures, MS, crohn’s, mitochondrial, fibromyalgia & parkinson’s as the only approved illnesses which is eight fewer than it was prior.

In my article dated February 15th, this was the full list of illnesses allowed at that time. I have highlighted the ones in dark blue Lori mentioned. The ones not in blue text may have been removed from the revised HB-1 bill.

These changes if confirmed seems to be in response to pressure from Nathan Deal and the Georgia Sheriff’s association who only felt comfortable helping children with seizures with an oil as close to 0% THC as you can possibly get.

Keep in mind that politicians have never tried to set arbitrary limits on the key ingredients or legislate which illnesses are allowable for any other medication.  This has never been done before, not even once.

Nor have politicians ever expressly said that oil is fine for a disease but all the other delivery methods that include skin patches, edible type products, and many other promising delivery methods are forbidden.

The reason this has never happened before is because politicians are not doctors, scientists, or chemists. Even if there is a doctor or two among them in the Gold Dome, each patient is very unique and you cannot dictate what a patient needs without seeing them in person and adapting when necessary. By setting limits like this they are tying the hands of doctors and also severely hampering the ability of medical cannabis to help many patients. When you have a migraine headache,  half a baby aspirin won’t do much good and this is what this bill is beginning to resemble. When politicians try and second guess what a doctor or a patient need they are in dangerous waters.

If what Lori Geary tweeted below is accurate, this is very bad news. That means that all those people with illnesses not included on the revised bill are now in the same boat they are in today. That is to say they will get no help from HB-1 at all.

But even for the people who still would qualify as approved condition the reduction to 3% is also very bad news. THC is an essential ingredient for many illnesses. In fact studies have shown that for many conditions a THC of over 15% is recommended.

The one  part that I am confused about is the mention of “a maximum of 20 oz at any one time”. That language is usually used when you are speaking about the plant itself and not the oil. It is possible it means 20 ounces of oil at any one time though which would still be problematic. The oil will be hard to procure forcing many to travel to other states. If patients can only hold a small amount of oil at one time that means far more frequent trips. It appears hardline Republicans are pushing back to make this bill as restrictive as the one recently passed in Virginia.

Revised #cannabis oil bill allows those qualified to possess a maximum of 20 oz at any one time, 3% THC limit #wsbtv #gapol

I think Bill Maher nails a lot of the GOP hypocrisy over legalizing marijuana.