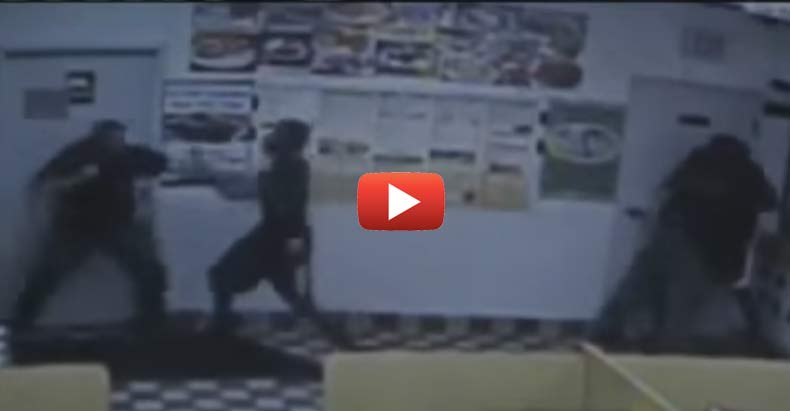 Southfield, MI — Two brothers, Tywonn Mitchell, 20, and Naybon Moore, 26, were driving to Grandy’s Coney Island back in May of 2013 when they were followed into the parking lot by two Detroit cops.

Having done nothing illegal and knowing their rights, the two brothers thought little of the police car and walked inside to get their food.

At the time, Mitchell was about to be a Junior at Madonna University, studying criminal justice. Mitchell’s brother Moore is also college educated, making this a rights flexing duo.

After the two brothers had entered the store, two bully Detroit police officers followed them in. That’s when the harassment began.

The officers demanded that the two men produce their IDs. However, these two gentlemen weren’t the pushovers that the officers took them for.

Mitchell and Moore knew that they were being shaken down for no reason and that these two officers were trying to unlawfully detain them. When the brothers refused to be harassed and refused to “show their papers,” one officer became violent.

The officer, as if he was intentionally trying to start a fight, pushed one of the brothers in the chest. That’s when Moore merely pushed the officer’s hands away. He and his brother were then met with a cop’s fist to the face. A full-on brawl subsequently ensued.

The two brothers eventually stopped the fight and were booked and charged with felony assault on an officer.

The Detroit police department also cleared both officers in this case, stating that the “use of force [was] appropriate and reasonable.”

However, in a completely atypical move by the prosecutor’s office, after reviewing the footage, all of the charges were dropped.

Wayne County Prosecutor’s Office disagreed with Detroit police and said that the detainment was unreasonable and that the two men were acting in self-defense.

It is important to note that this response to the police is never advocated. When police are threatened, they react with violence, and the situation can get out of hand quickly. Had these circumstances been slightly different these two brothers could have been killed.

Both of these Detroit police officers are still on duty today.