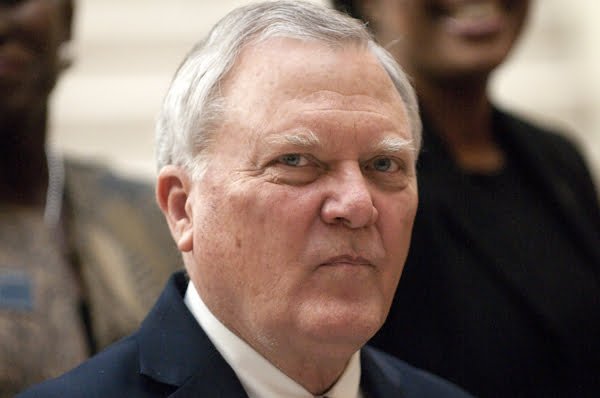 A Fulton County Superior Court judge on Wednesdsay sanctioned the Attorney General’s Office and state ethics commission director Holly LaBerge and ordered each to pay $10,000 in fines for failing to turn over key documents in a whistleblower lawsuit involving the commission and Gov. Nathan Deal’s office, the AJC has learned. Read more at the Atlanta Journal-Constsitution

$20K might sound like a slap on the wrist (and it is) but I like the Judge’s thinking. He is acutely aware that neither the ethics chief nor the attorney’s general office would pay a dime out of their own pocket. Instead the fine would come from you guessed it, us taxpayers in Georgia.

The more serious question is the finding itself and not the amount of the fine. Judge Glanville also says in his ruling  both LaBerge and the Attorney General’s Office created a situation that “not only amounts to a flagrant disregard for the basic rules governing litigation and the fair resolution of legal disputes in the State of Georgia, but also an injustice and an undermining of the confidence imposed by the citizens of the State of Georgia in the legal system.”

I am sure fans of one of the best shows on TV got my reference in the title to Orange is the New Black. How do you think Nathan would look in orange because with new #scanDeals appearing appearing every day it becomes more and more likely one of these rats will jump ship and spill the beans on him soon. LaBerge and Olens already seem to be pointing fingers at and blaming each other. Not a good sign.

The state has already agreed to pay nearly $3 million to settle three lawsuits and I fear we are just getting started. Well at least Deal sold his junkyard for millions and collects $10,000 each and every month in rent from a company that owes $74 million in back taxes and penalties. Sure would be nice if Copart would pay their taxes now or start sending that $10,000 monthly rent to the GA Department of Revenue instead of Deal since these lawsuits are starting to add up.

Oh Governor Deal, what will you do next?