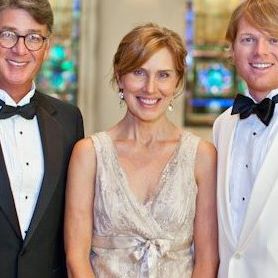 The Dublin, Ga teacher that told her students that President Obama isn’t a Christian and neither is anyone that supported him will be allowed to retire with a pension. She said this to her students in an an 8th grade Art class.

“If your parents voted for Obama, they’re evil and I don’t see how your parents could vote for someone that’s Muslim.” The teacher then challenged her students to prove their Christianity, according to the complaint.

When the parents found out and scheduled a meeting to discuss this serious matter with her she asked her husband to join in the meeting.  Bill Perry happens to be a member of the  Board of Education so he was brought in to intimidate the parents to back down.

Jimmie Scott, one of the parents who filed the complaint, says in their meeting with Bill Perry they never discussed his wife’s inflammatory comments made to children, but instead they showed Scott what the parent called “propaganda from the Internet. The Perry’s brought printed material from a fringe website with reasons that supported their outlandish views.

“She showed it to me and said, ‘See, Obama is a baby killer. He aborts babies at nine months old as they’re coming through the birth canal,'” said Scott.

Dublin City Schools Superintendent Dr. Chuck Ledbetter apologized to the student and his parents who brought forward the complaint.

“It is not the place of teachers to attempt to persuade students about religious or political beliefs. In doing so, the teacher was wrong and that has been communicated to her”

Two weeks ago Ledbetter said that he would announce some action on the matter in the coming days. But Ledbetter remained mum until after last night’s board meeting. In a letter Ledbetter wrote “ “the teacher has been removed from the classroom at Dublin Middle School for the remainder of the year, after which she is retiring. Just as importantly, we are communicating this message to all staff of the School District.”

Considering Ledbetter did practically nothing it is now abundantly clear why he remained silent until last night.

Here is the full letter issued by Ledbetter. Dublin_City_Schools__Statement_on_Teacher_Incident

Bill Perry was supposed to issue a public apology but failed to do so. The Dublin school board passed a motion at Monday’s meeting reaffirming their code of ethics — which states board members should not use their positions for personal or partisan gain and reiterated that board members should never attend a parent-teacher meeting. All staff will also have diversity training to make sure something like this doesn’t happen again.

His wife Nancy Perry issued an apology but this is what Jimmie Scott thought of it.

“It should have happened back in February instead of denying it. It does seem coerced and it seems forced but it is accepted”, Scott said.

Scott said he was also not satisfied with how the board handled the matter.

A teacher tells her young students in an art class their parents are evil if they voted for Obama and aren’t Christian. In a meeting with the angry parents instead of apologizing she doubles down and brings her husband who is on the B.O.E. and brings proof to try and convince the parents why they are right. This happened in February and the superintendent sits on this information doing nothing and hoping it will all blow over. When he realizes it won’t just blow over, he allows Nancy Perry to retire with her pension. The Superintendent also failed to ask the other B.O.E.members to take steps to have Bill Perry removed.

What a pathetic and cowardly “punishment” especially since many claimed Perry was planning to retire long before this incident took place. So in reality she wasn’t punished at all. No doubt her coerced and unconvincing apology was a condition of her retirement. Her husband Bill Perry who Nancy Perry supports as the real breadwinner of the family according to several sources in Dublin, never issued an apology and stood his ground. Sources said that Bill Perry does odd jobs here and there but no one had ever heard of him having a full-time job like his wife.

Nancy Perry should have been fired as soon as the superintendent was made aware of the incident and steps should have been taken to remove her idiotic husband from the Board of Education as well. Maybe now that his failed career as a Rush Limbaugh wannabe is done and if he weren’t on the B.O.E. he might find the time to make some real money for his family.

Both Nancy and Bill Perry promised weeks ago this was all “unfortunate and untrue and a big misunderstanding “and they would happily tell their side of the story soon. We are waiting with baited breath Bill and Nancy.  By all means tells us your version of events.