Nancy Jester: Being a Twitter Spamwhore Won’t Win You Followers 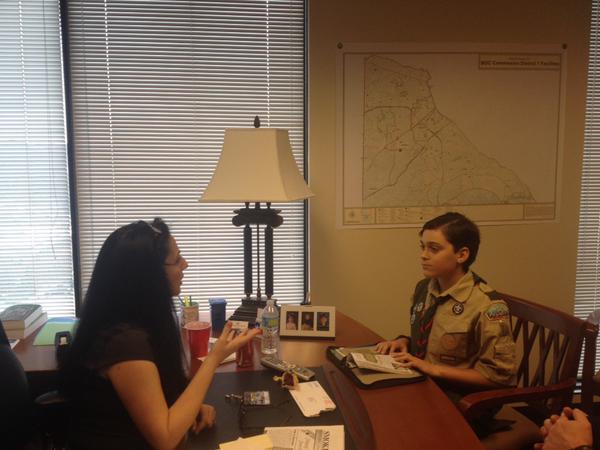 Spam is a fact of life on the internet. We used to only be subjected to it by email but with the advent of social media it has adapted and expanded into these forums as well. Remember all the invitations to play Farmville and Angry Birds on Facebook? Now you probably get just as many for Candy Crush or Trivia Crack.

Spam is pervasive and also just plain annoying as hell. Some types of spam are from mindless and faceless algorithms run from botnets in China or Romania and others are from real people that should know better. Today I want to lampoon a Dekalb county commissioner in Georgia that should know better and hope she gets the message.

If you follow Georgia political news and happen to also use Twitter then chances are you know about the #gapol room. It stands for Georgia Politics. Twitter and now Facebook use #’s  followed with tag or keywords to help people find specific information. This allows communities to develop on Twitter that share a common interest or topic. It is extremely useful to quickly find info on any number of topics.

On Twitter the #gapol room is frequented by journalists, politicians, news junkies, and citizens who share links to articles, discuss the latest news, photos, opinions, or to just debate and discuss topics. It can be a good source of news and is a sort of community. Like any other real community there are certain protocols and unwritten rules people are expected to follow.

Nearly everyone on Twitter is guilty of posting too many tweets from time to time in a room and I myself have probably done that on occasion. But some people take it to a new extreme when it crosses the line into flagrant self-promotion.

Meet Nancy Jester. I had no idea who she was and still don’t really care all that much. I gather she is a Dekalb county commissioner. Now realize that #gapol is supposed to be about statewide and often national political news and discussions.

I did a little digging and included some links down at the end. Here is a snippet from one article by the very widely respected Bill Simon who has one of the most trusted and oldest political blogs in Georgia called Political Vine.  It seems I am not the first person to notice that something is off with Nancy Jester.

Because, according to the actual executive director of SACS, contrary to what Nancy Jester claims, she, actually, was a major part of the problem. Here’s the story from WSB-TV where the SACS guy is quoted by the news reporter.

So, contrary to her claim for the past year, she was NOT a “whistle-blower,” but “part of the problem with the DeKalb County School Board.”

Which explains why Nancy Jester, along with every other member of the DeKalb County School Board, was recommended by the Georgia State School Board to be suspended, as this document details: Governor Suspends Every Member of DeKalb School Board.

Certainly Dekalb county is in Georgia and news from there is a legitimate topic to tweet about. But, Nancy Jester doesn’t tweet about news and  happenings from Dekalb, instead she tweets about any and all mundane activities of HER life. No photo opportunity is off-limits and Dekalb county news is only relevant it seems if she is speaking at an event or meeting with someone. Nancy comes first and Dekalb is just her sidekick.

Although her Twitter blasts have annoyed me for several weeks, I waited until now to write this article in the hope that she would come to her senses and slow down all the shameless self-promotion. But instead she seems to have increased her barrage of mind-numbingly inane tweets detailing the minutiae of nearly every minute of her life as long as it can be captured in a  photo.

Dear Nancy, the people from all the other 158 counties in Georgia don’t really give a frack about your meeting with a boy scout in your office or some speech you gave where the crowd (what few there are) are asleep. But I don’t think even the people in Dekalb county where you serve care all that much either.

Why don’t you try actually posting some relevant news about Dekalb once in a while instead of simply tweets about you in a political room? Be as narcissistic as you like in your own tweets, but when you  use the #gapol hashtag show some common sense.

I don’t know if you are a delusional narcissist and I don’t really care. But a bit of friendly advice, stop flooding the Georgia Politics with photo-op spam of you trying to look important at events. Because if you are trying to gain statewide name recognition you are failing spectacularly. I assume you have ambitions for a statewide office since you bombed out of the state superintendent race and I can assure you this isn’t helping. Coming across as a desperate “look at me” politician rarely wins fans or followers.

Dekalb is a great county and I used to live in Dunwoody and also Brookhaven. I am confident there is a lot going on besides your shameless self-promotion. Why not use #Dekalb #ThisIsMyDekalb and other hashtags specific to your county and please give #gapol a break for a while.

Free hint: If you want people to take you seriously, why don’t you try tweeting some salient opinions on pressing issues or maybe God forbid tweet a photo once in a while that is not so obviously meant to glorify the great Nancy Jester. You do realize cameras take pictures of things besides you right?  😉

P.S. There are a few others who are dangerously close to winning this award as well. Let this serve as a warning to other self-promoting #gapol spam whores.  Slow down or you may be next.

A few articles I dug up on Nancy.

Nancy Jester Campaign: The Bad, The Ugly, & The Ugliest

Nancy Jester is Not a Conservative

Ready to the Committee of the Whole meeting / #gapol #ThisismyDeKalb pic.twitter.com/tsZON6PgqU

Great to be with @DonnaPittmanj4 & Doraville City Council they approve re zoning of GM plant / #gapol #ThisismyDeKalb pic.twitter.com/P8o5v7HRNr