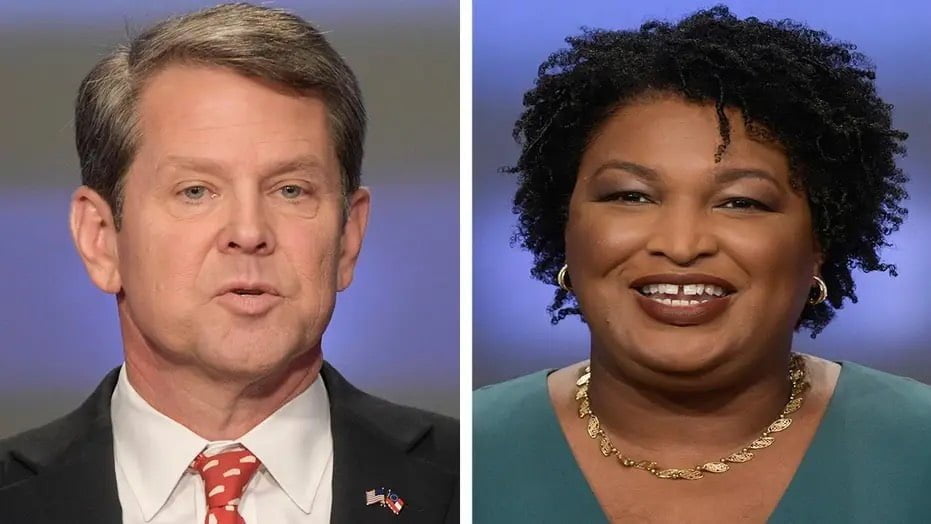 The 2022 election cycle is not that far off. Although most people will be focused on whether Democrats can maintain control of the House and Senate, the gubernatorial election in Georgia also promises to be a humdinger. Had Ossoff and Warnock lost their Senate bids I think most people would give Abrams an outside chance but Kemp would be heavily favored. But since they didn’t lose all bets are off.

That was definitely a very close election but numbers don’t tell the whole story. Prior to the election, there was a very contentious primary.

Kemp actually finished behind Casey Cagle. Cagle’s campaign later imploded when a secret recording was released. Cagle received the most votes but failed to avoid a runoff with Georgia’s secretary of state, Brian Kemp. Fatefully, this meant that Cagle needed to solicit the support of the candidates he had defeated. When he met with Clay Tippins, the fourth-place finisher, Tippins slipped an iPhone into his coat pocket and secretly pressed record. The recordings came to define the election. Cagle explained the reptilian maneuvers of Republicans in the Trump era out loud. In June, Tippins released the first audio clip, in which Cagle confessed to having backed “bad public policy” in order to keep a school-choice lobby group from supporting his opponent. In July, Kemp released a second clip, in which Cagle told Tippins that primary voters “don’t give a shit” about policy. “The primary,” Cagle said in the clip, “felt like it was who had the biggest gun, who had the biggest truck, and who could be the craziest.”  The final nail in the coffin for Cagle was of course Trump’s endorsement of Kemp.

As you can see Kemp easily won. But what is most notable is that Cagle actually secured fewer votes than he did before even though he now only faced one opponent instead of five. What the primary also tells us is that Kemp wasn’t necessarily all that popular. Had Cagle simply been a smarter candidate he would have easily defeated Kemp in the runoff.  Now let’s jump ahead two years and take a look at the Senate races which will give us a good indicator of 2022.

If we look at percentages alone then we can see that the point spread between the 2018 and 2020 races aren’t really that far apart. But the number that really stands out is the number of newly registered voters. I don’t think anyone believes that it will be possible to duplicate an increase of another 700,000 voters before the 2022 election but I don’t think it unreasonable to assume that at least half that amount or around  350,000 new registrations are feasible.

One big reason that Kemp defeated Cagle was Trump’s endorsement. But there is a lot of bad blood between Kemp and Trump since then and you can be sure he will not receive any Trump endorsement this next go around. In fact, Trump has sent his attack dog into Georgia only recently to endorse and assist Vernon Jones who is running against Kemp in the Republican primary.

“The current governor has been a failure. I mean, he’s had his time. He put together an election that wouldn’t have passed muster in Africa, Asia, in undeveloped countries,” Giuliani said.

Giuliani might have endorsed Jones but you can be damned sure it was at Trump’s bidding. Now I still think Kemp will easily win the Republican primary due to his war chest and name recognition but unlike most incumbent governors who go unopposed, he will face a bloody and bruising primary. I doubt Trump will endorse Jones or anyone else because he knows Kemp will likely win so he doesn’t want to be made to look the fool (again).

In 2022 I think it is safe to say we will have roughly 8,000,000 registered voters. If around 58.7% vote which is the average for past elections that means around 4,696,000 will cast a vote. Of all the previous races I posted above I think The Warnock – Loeffler race is the best indicator of what we can expect. He won by more than 93,000 votes and he was far less known than Abrams.  Typically in-between elections for Governors usually have a smaller turnout. But I think in this politically charged atmosphere you can expect a turnout nearly as high as we saw in 2020. There are also a lot of key local and mayoral races that will increase turnout.

It is going to be a close election of that there is little doubt. The winner will likely win by a margin of less than .5%. If Kemp still had Trump’s blessing and endorsement I would give him the nod simply because incumbents are damned hard to beat. However, many Republicans are calling Kemp a RINO (Republican in name only)  because he earned the ire of Trump by not lying about the election.  He tried to make it up to Trump by supporting unnecessary new voter restriction laws, but that could backfire. 700,000 new voters were registered in Georgia a few years ago because of the perception of it being harder to vote. I think the new voter laws will cause many more Democrats to register than would have otherwise.

Kemp really hasn’t done anything in office that makes him stand out or that will excite the Republican base. Apathy towards an incumbent in a close election rarely turns out well. Remember, he only won the primary before by sheer luck and the stupidity of his opponent. He doesn’t really have any big policy victories that he can stand on or use to garner support. What will be critical for his reelection will be to have a united Republican party, and that will be his biggest challenge. Kemp does have one outside chance and time to turn things around. If the Georgia economy is booming, Covid is in the rearview mirror, and he passes some policies that are widely popular he has an outside chance. For example, doing a 180 and expanding Medicaid coverage under ACA which would severely undercut Abrams.

Nothing works to get the base out to vote more than being excited and enthusiastic about a candidate. I just don’t see any major support for Kemp, rather it ranges on a spectrum from a tepid acceptance to hatred. Don’t get me wrong, as much as some Republicans proclaim to despise Kemp they hate Abrams a helluva lot more. But will that be enough for Kemp to win? I really don’t think so at this point in time.

The old formula for Republicans to win in red states was the 4 G’s. (God, guns, immiGration, and gays) Those are no longer winning issues as much as in the past so the Republicans have now switched to talking about Critical Race Theory, reparations, and defunding the police just as violent crime rates are spiking. I guarantee you will hear a lot more about these topics as the election nears. Abrams will need to be very careful here because none of these issues poll well with the white moderate voters she will need to win. That also means not mentioning Stone Mountain.

I think Abrams has the momentum on her side along with charisma and a clear vision of what she wants to accomplish.  But it is also still very early and as we all know things can change in the blink of an eye. She will need to avoid alienating white moderate and independent voters with  “woke” topics and language which could gift wrap the election for Kemp as James Carville outlined in an interview with Vox.

You ever get the sense that people in faculty lounges in fancy colleges use a different language than ordinary people? They come up with a word like “Latinx” that no one else uses. Or they use a phrase like “communities of color.” I don’t know anyone who speaks like that. I don’t know anyone who lives in a “community of color.” I know lots of white and Black and brown people and they all live in … neighborhoods. James Carville

Abrams will need to stick to talking about policies like Medicaid expansion, improving schools, lowering unemployment, reducing poverty, rural broadband expansion, and a host of other issues that actually matter to Georgia voters. She is a policy wonk so she needs to demonstrate her expertise and convince voters she will make their lives better.

If Stacey Abrams avoids any major blunders and can maintain the same coalition of voters that allowed Warnock and Ossoff to win I predict she will be elected Governor in 2022.

2 thoughts on “Analysis of Kemp vs. Abrams 2022 election”