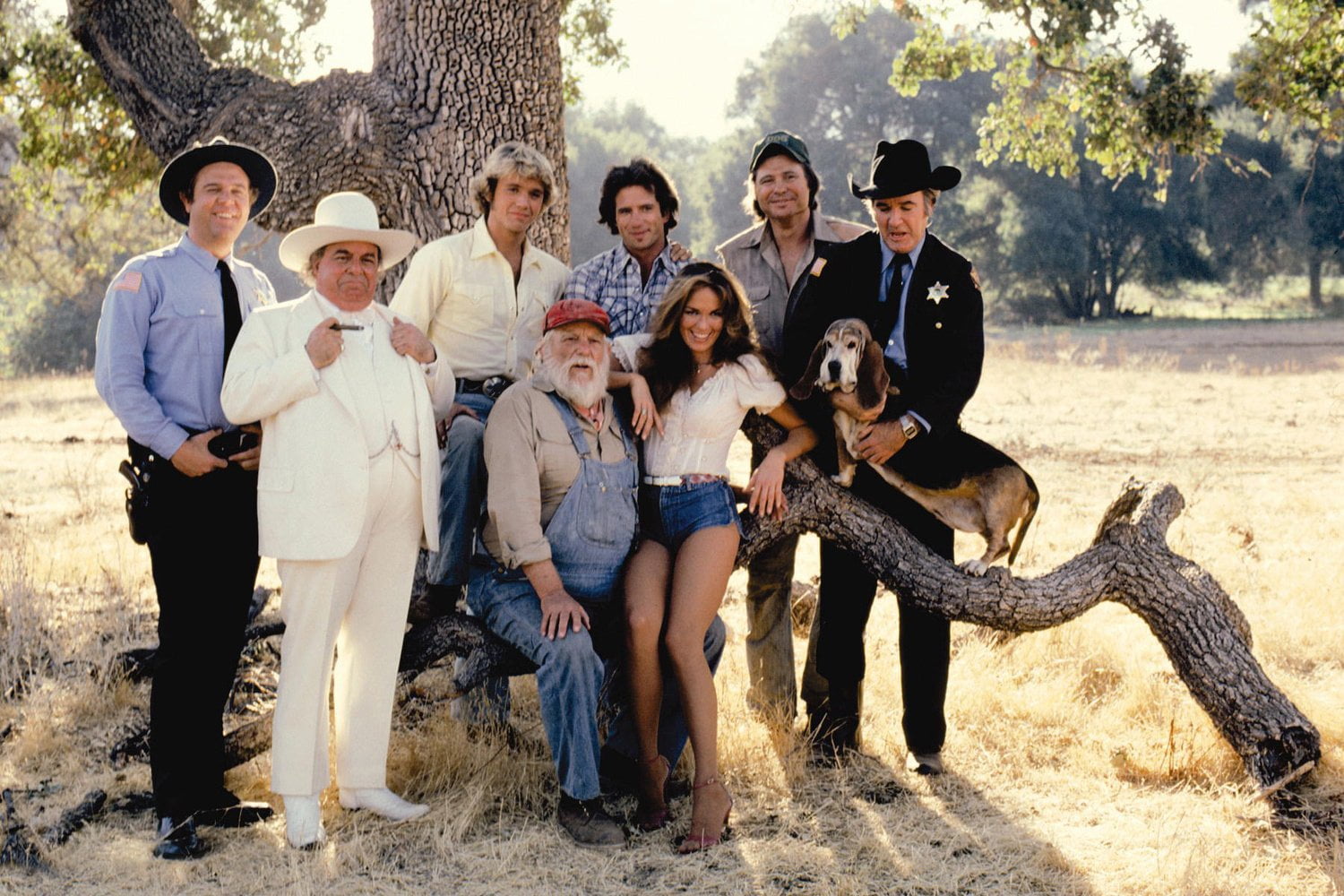 Hazzard County, GA – TV Land is dumping The Dukes of Hazzard amid controversy over the Confederate flag, which is prominently displayed on the roof of the Duke boy’s car, the iconic ’69 Dodge Charger named the General Lee.

In the wake of the Charleston church massacre, efforts are underway to remove the flag from government buildings and public parks. Several retailers have banned the sale of items with images of the flag. Even Facebook has bent over for a small group of liberal activists and will soon prohibit any and all posts to the site that contain the Confederate flag.

Now, in what many are calling the apex of political correctness gone mad, TV Land’s cancellation of the immensely popular long-running TV series, The Dukes of Hazzard.

Nobody is taking the Dukes cancellation harder than the fine folks of Hazzard County, GA, the hallowed home and filming location of The Dukes of Hazzard. The Hazzard County tourism industry rests solely on the roof of the General Lee, and folks here are worried the Duke dump is going to financially, and spiritually, ruin the county. Conservative estimates range between five and eight thousand fans annually make the pilgrimage to Hazzard, in hopes of catching a glimpse of the General Lee in action. The economic impact of the show’s demise will be devastating, resulting in lost jobs and businesses.

National Report made the trek to Hazzard County to get a local perspective, and to see firsthand the damage created by a lone gunman’s hate.

Nobody in Hazzard County stands to lose more than Jefferson Davis “J.D.” Hogg. Better known as “Boss Hogg”, J.D. is the wealthiest man in Hazzard. Owner of the Boar’s Nest, a popular local restaurant and tavern, Hogg is also the Police, Land, and County Commissioner of Hazzard County. “I’m doing everything in my power to change their [TV Land’s] mind, maybe they just need a little southern persuasion,” Hogg said with a charming but somewhat sadistic southern drawl.

Hazzard County mechanic Cooter Davenport, owner of Cooter’s Garage, is afraid he may have to close up shop and return to running moonshine to make ends meet. “If this means it’s back to runnin’ shine then so be it. Crazy Cooter comin’ atcha, come on,” Davenport said.

Lucas “Luke” Duke, ex-NASCAR stock car driver, is keeping a cool head amongst all the hysteria. “I think everything will work out just fine. Cousin Bo and I have a plan to restore dignity to that rebel flag, AND to Hazzard County. All we need is a little time and the General Lee.”

Beuregard “Bo” Duke, former boxer and veteran of the United States Marine Corps said, “As long as I’m behind the wheel of the General and Cousin Luke is ridin’ shotgun, that Dixie flag will RISE again, and the Duke boys will be back on the air in no time. YEEEEE-HAAA!”

Jesse Duke, patriarch of the Duke family clan, wants to have a word with TV Land executives and let them know what they’re doing is wrong. “The good ‘ol boys here in Hazzard are not prejudiced, that southern cross is a symbol of our heritage,” Uncle Jessie said. “If them city slickers would just come visit Hazzard County, they would see we mean no harm.”

Daisy Duke, waitress at the Boar’s Nest and aspiring singer/songwriter, said all the insanity around town has inspired her to give Nashville another shot and “try to forget all this.”

Sheriff Rosco P. Coltrane says “Domestic assault in Hazzard has risen 85% since the show’s cancellation,” but Rosco insists (with an odd laugh that suggests he’s enjoying this sudden spike in crime), “me and ‘ol velvet ears here are keeping the peace just fine.”

Elton, local disc jockey on WHOGG radio, says he’s getting a lot of requests for Waylon Jennings, a sure sign of southern pride.

Some Hazzard County residents declined our requests for interview, choosing instead to voice their opinions on Twitter. One thing is for certain down here in Hazzard County, the rebel spirit lives on. PGA duffer Bubba Watson can paint over the flag, but he can never paint over the hearts of Dixie.

Will Ms. Lindseybelle Graham Declare For the Presidency?