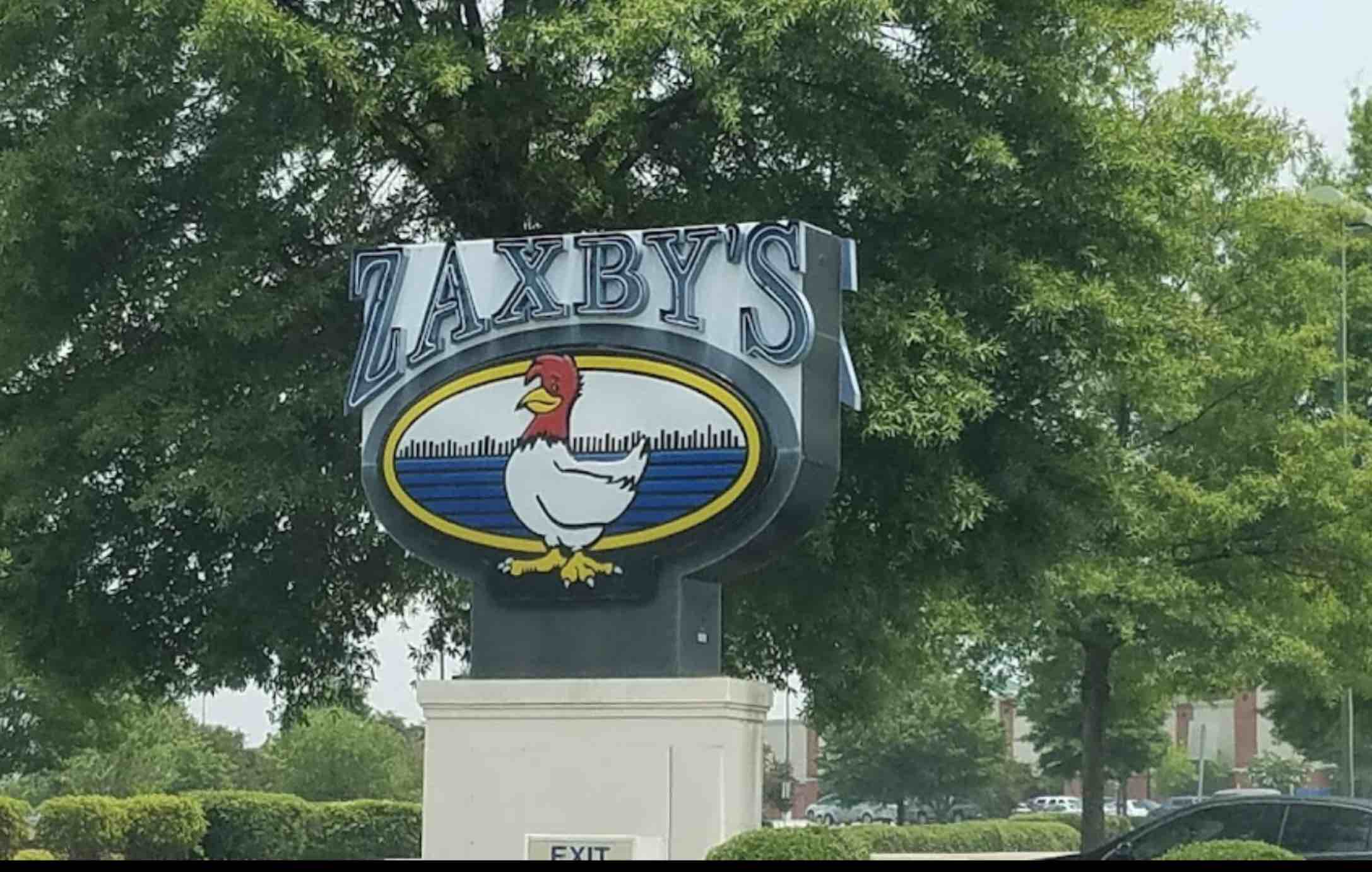 Zaxby’s is without a doubt the most expensive and overhyped chicken place I have ever visited. I honestly have no idea how they stay in business nor do I understand why so many people hype them up to such a large degree.

Near my house, I don’t have a ton of choices for fast food dining and one of the places happens to be Zaxby’s.  There is also a Subway, McDonald’s, Wendy’s, Dairy Queen, Dominos, Papa Johns’s, and some local restaurants serving Korean,  Chinese, fish and chips, BBQ,  a steakhouse, Mexican, and probably a few more I am forgetting. I routinely eat and enjoy the food at nearly all these other places, but I almost never go to Zaxby because I have never enjoyed their food.

Around once every year or two I relent to the constant good reviews I hear from friends and give them another chance thinking they might have improved and every fucking single time I am disappointed. Am I the only one that thinks their food is garbage? Someone, please help me to understand why people hype this place up so much. If you are a Zaxby’s fan,  please explain in the comments below the article because I honestly want to know what you like about their food. School cafeteria chicken is honestly better than Zaxby’s.

My disappointment actually began before the food. I logged on to the app to look at the menu and noticed a coupon for a free Big Zax Snak meal.  It was normally priced at $8.19 and since it was free I said what the hell and decided to give them another shot. Is that normal to give a coupon with a free meal worth $8  to someone that never eats there?

The coupon said you need to go inside to use the coupon which wasn’t a big deal. How or why I received this coupon is a mystery because I have only eaten there no more than 3 or 4 times in the last 6 years. So this coupon was not a reward and was likely sent to get me to try them again.

So I placed the order on my iPhone and paid with Apple Pay. This meal includes a drink, crinkly fries, a piece of Texas toast, and 3 chicken tenders. I pulled up to Zaxbys and checked in with the app. I walked inside and keep in mind this was around 3 PM so it was not busy. The app said my order would be ready shortly. The only other people inside were 2 UPS workers enjoying a late lunch as they purposefully chose not to speak to each other and instead stared at their phones.  They didn’t say one single word to each other the whole time I waited inside. The staff noticed me walk inside but didn’t say anything. I took a seat at a table and waited to be called.

5 minutes passed, then 10. Finally, I walked to the counter and asked how much longer it would be. I showed her my phone with the order number visible. The young girl looked flustered and walked to the counter and grabbed a paper receipt of my order then walked back to the kitchen and handed it a cook presumably. At this point, I realized something was very wrong. I wasn’t really all that bothered because I was in no hurry and it was free after all.

She walked back to the counter and assured me it would only be another minute or two. I sat back down. Suddenly some new customers all walk in and placed their orders. They all waited a few minutes and then one by one their names were called and they got their food.

Mildy annoyed I walk to the counter again and enquired where my food was.  Unbelievably, they lost or forgot about my order again. Realize I have now been waiting 18 minutes for some fucking chicken tenders, fries,  and a piece of toast. I saw her walk to the kitchen with an empty box and a bag and after approximately 30 seconds she came back and handed me my food. No apology no nothing. (Also no napkins or sauce in the bag) I walked out thinking this better be the best goddamn chicken I’ve had this year. Alas. that was not to be.

Keep in mind it is now 3:30 and I haven’t eaten breakfast or lunch so I am more than a bit peckish. I also ordered a nibbler which is basically a chicken tender on a small roll for my dog as a treat. (spoiler alert my Yorkie who loves everything hated Zaxby’s too) when I offered that pitifully small chicken tender to my dog, she looked at me and tilted her head quixotically almost asking what the hell are you giving me?

Realize this is a dog who LOVES chicken. I tore the tender apart to expose the paltry amount of stringy meat inside all that skin and unseasoned crust but dear Lexi the Yorkie remained stoically unimpressed. I should have taken the cue from Lexi but I decided to at least give them a try.

I opened my Big Zax Snak (a really stupid name by the way) and immediately noticed how small these chicken tenders appeared. They were by far smaller than any competing chain and also smaller than any frozen tenders you can buy. They were dry, not seasoned at all. The meat was very stringy and chewy if that makes sense. They were not nearly as good as Tyson’s or the cheapest store brand tenders you can buy. Very little meat and what meat they had was dry, chewy, stringy, and tasteless. I tried several different sauces and it made no difference. I managed to eat one but could not be bothered with the remaining two. I threw them in the yard in hopes a hungry buzzard, raccoon, opossum, or stray cat might enjoy them but 2 days later and even the fire ants nearby gave them a wide berth.

Next came the fries. Again, some of the worst fries I have ever had. They were way too mushy and undercooked. They had no salt nor any seasoning. They were nearly identical to any frozen Ore-Ida crinkle fries you would buy at the supermarket, just severely undercooked and very bland. They were bloody awful. I put them in my air fryer for several minutes to finish cooking them and seasoned them with some himalayan pink salt, garam marsala, and some Japanese chili pepper (ichimi togarashi) and they at least became edible after being properly cooked and seasoned.

Sidenote: You need ichimi togarashi in your kitchen. Trust me! I felt queasy putting such quality seasonings on such inferior fries but it did the trick and actually tasted decent. But I shouldn’t need to re-cook and re-season fries to make them edible!

Last but not least was the sad piece of Texas toast. How are you going to fuck up some toast? Easy, use an inferior bread that tastes stale and overly sweet, then follow up with some greasy cheap margarine spread instead of quality butter. I put some aged cheddar on it and put it in the air fryer to salvage it into a piece of cheese toast.  Similar to the fries it BECAME edible only after I doctored it up, but it was awful without the cheese.

So I just have one question for anyone reading this who thoroughly and honestly enjoys Zaxby’s.  WHY??????

Zaxby’s is growing very fast and opening all over the country. It’s growing faster than Bojangles, Caines, KFC, and Church’s all of which have far superior chicken. The only chicken joint growing faster is Chick-Fil-A which is in a league of its own. But even the chicken nuggets and sandwiches at Wendy’s and Mcdonald’s which aren’t even dedicated chicken eateries taste so much better than the overpriced high school cafeteria-tasting trash served at Zaxby’s.  I welcome the hate from all you Zaxby’s stans out there because you are clearly mentally impaired and unlikely to figure out how to write a comment disagreeing with anything I wrote.

This article was written mainly for me to remember a year from now to ignore the glowing reviews and if I have a hankering for a sandwich to take my ass to a better place which is literally every other restaurant. I dare anyone to disagree. I also affirm this review is 100% factual except for the bit about the fire ants. I threw the 2 tenders in the trash because I didn’t want to make the wildlife sick. Have a good day and Fuck You Zaxby’s.