Erick Erickson Agrees that Georgia Republicans are Bought and Paid For 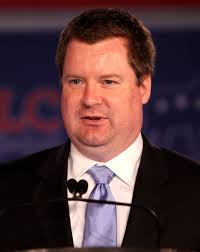 I am not a big fan of Erik Erickson. I view him as a narcissistic bloviavtor who has a massive ego not backed up by his intellect. But just like the old expression of a broken clock being correct at least twice a day, it appears even Erickson can occasionally observe that all those trees in front of him are indeed a forest after all. Yes Erick, the Republican leadership in Georgia are not only inept they are indeed bought and paid for by the highest bidders.

In a recent op-ed for the Macon Telegraph Erickson finally understands what we have been saying here on Global Watchdog for over a year and mentioned many of the same stories we covered in great detail. Better late than never I suppose.

The Legislature, under the leadership of Lt. Governor Casey Cagle and Speaker David Ralston, is nothing more than a Ponzi scheme of check writers. Wanting to know what legislation will pass is as easy as looking at campaign contribution disclosure reports. He who gives the most money wins.

I couldn’t have said it better myself.

Back in March we reported about the obvious corruption and influence the Georgia alcohol distributors and Pharmaceutical companies had on Casey Cagle, Nathan Deal, and several more prominent Republicans as the craft beer laws, medical cannabis bills, and the Uber/Lyft bills were shredded to the point that they were merely for show and lacked any real substance or changes.

Then there is the craft beer legislation, Senate Bill 63. The legislation would have allowed brewers to sell directly to those who tour their facilities. But that was opposed by the beer wholesalers who heavily financed Cagle’s run for office and others. The compromise plan allowed beer brewers to give the beer for free to those who pay for tours……..Now, the breweries will not be able to charge more for tours based on the beer consumed, but they will be charged a tax on the beer consumed even though they are not selling it.

Somewhere, no doubt, some check writer exerted influence. This is happening more and more with Georgia’s Republican leaders. Republican leaders are for sale to the highest bidder and do not listen to their voters.

Erickson continued attacking Georgia Republicans on several other fronts like Airbnb and casinos. The hotel lobby is just as opposed to Airbnb as the taxi lobby was against Uber and Lyft. Basically Airbnb makes it very easy for individuals to safely and easily rent out their homes or spare rooms for some extra cash to tourists. Why shouldn’t people be able to use or rent out a room in their own home as they see fit for some much needed extra income?

There is also a move to open up casinos in Georgia. On this point I disagree with Erickson and believe we should allow them into the state. After all the Georgia lottery is already legalized gambling sanctioned by the state. But on the point of not having casinos in the Atlanta metro area I am in full agreement with Erickson. If we open up the state to casinos I personally believe they should only be allowed in areas of the state outside of metro Atlanta where it can do some actual good. Atlanta metro’s economy is not in dire straits but the rest of the state is desperate need for any growth at all.

The state of Georgia is in many ways two completely different states. There is Atlanta metro and everywhere else. Many in Atlanta have stated that without Atlanta, Georgia is exactly like Mississippi or Alabama.  In southern Georgia you have hospitals closing and towns dying. South Georgia has been abandoned by Republican leaders in Atlanta who largely hail from the Hall County Mafia of North Georgia districts.

People have to drive for hours even for emergencies. Schools have no funds for books or to hire teachers. The economies have negative growth and shrinking populations as more and more towns are becoming depopulated and are left only with the elderly who are too old and those too poor to move. Areas in Georgia not within an hour’s drive of Atlanta aren’t doing all that great which is to say they are hemorrhaging.

These are precisely the areas where a casino might provide a boost to their local economies by providing new jobs and supporting stores, businesses, and tax revenues for their schools and hospitals.  If you want to build some casinos put them in other areas of the state where it could make a real difference not in Atlanta which is doing just fine. Yes it is a last ditch effort and would also have some negative influences as well, but the reality is many of these towns are dying and this might be their last best hope to survive.

As I said in the opening salvo, I do not think too much of Erick Erickson, but if he is able to open up the eyes to his fellow Republicans about just how corrupt and bought and paid for the current crop of GOP leaders like Deal, Cagle, Ralston, Cooper and Unterman and so many others are we welcome his voice to our chorus.

I noticed Erickson failed to mention the biggest lobbying group of them all which is the Georgia Board of Regents/University System of Georgia. Yes, you read that right. Public entities supported by our tax dollars hire private lobbying companies and pay them millions to make sure they receive even larger budgets every year. They represent the largest lobbying group of them all. Talk about a broken system. If you see a politician at a UGA or Georgia Tech game you can be sure they have agreed to look the other way on budget oversight for the USG next session.

This is precisely why this website and the Corruption in Georgia also known as CIG project was started. Cigs after all is a nickname for cigarettes which is a known carcinogen and corruption is also a cancer eating away at Georgia.

Welcome to the fight Erick.