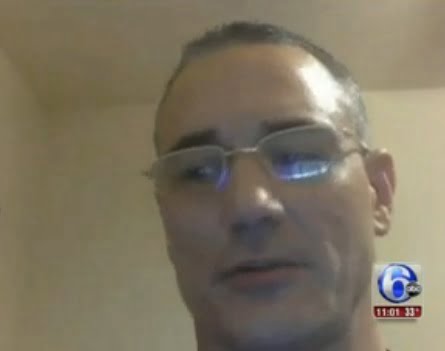 Drexel Hill, Pennsylvania – A man was shot and killed by police in a Philadelphia suburb this Tuesday night, just days after he made inflammatory posts about police on YouTube.

A minimum of five police officers fired an unknown amount of shots at 52-year-old Joseph Anthony Pacini, claiming that he was attempting to run them over, all five of them at the same time, apparently.

In the eerie videos that he posted online earlier this month, he actually predicted his own death, saying that “Clearly these guys want me dead or in prison and there’s no way in hell I’m going back to prison.”

“The lose-lose scenario, you try to arrest me. Consequently, there will be serious and irreversible catastrophic consequences,” Pacini also said in one of the videos.

At that point it seems that police actually had no prior warrants against him and no reason to arrest him, but they were so upset by the videos that they decided to arrest him for making “terrorist threats.”

Police arrived at his home to arrest him at around 4:35 p.m. on Tuesday, but Pacini got in his vehicle and fled the area. Police followed and attempted to arrest Pacini, and at one point were able to corner his vehicle. When police cornered his vehicle, he allegedly tried to do everything in his power to get away from them, hitting one of the police cars in the process. Police then jumped in front of his vehicle, feared for their lives, and fired an untold number of shots at the man.

“As they attempted to stop him, he threw the car in reverse and he ran into the chief of police car from Clifton and tried to run over several other officers who were around the car…Police officers fearing for their lives fired several shots” Upper Darby Police Superintendent Michael Chitwood said in a statement.

One witness said that the police fired so many bullets that it sounded like “a fireworks grand finale.”

There was evidence of careless shooting all throughout the area, stray bullets fired by the officers actually shot out nearby storefront windows.

The police said that Pacini has a history of mental illness and has been arrested for internet posts in the past.

“When police have to deal with somebody with mental illness, it could be violent, it could be passive, you just don’t know. The unfortunate thing in this case, he’s got a vehicle, the vehicle was his weapon,” Chitwood told reporters.