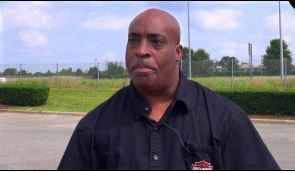 Huntsville, Alabama – Huntsville police officer Lewis Hall was recently indicted on charges of conspiracy, bribery, obstruction of justice, and making a false statement to investigators, after he was caught attempting to rig a trial so an accused cocaine trafficker could avoid jail time.

Ironically, Hall has been voted “officer of the year” for his police department in the past.

According to investigators, Hall attempted to bribe a fellow police officer with $5,000, if that officer would lie in court and say that evidence he collected during a vehicle search was unwarranted. Instead of helping Hall get the cocaine trafficker off of the charge, the officer decided to cooperate with the police department and the FBI to build a case against Hall.

Huntsville Police Chief Lewis Morris said in a statement that he contacted the FBI as soon as he was told of the attempted bribery.

“The Huntsville Police Department contacted the FBI as soon as we learned of possible corruption and we assisted the FBI in its investigation. I want to assure the public that this indictment addresses the actions of one police officer, and the Huntsville department will diligently address any other issues that might come to our attention. We value the working relationship we enjoy with the FBI and the U.S. Attorney’s Office and appreciate their attention to this case,” Morris said.

Hall is currently on paid suspension pending the investigation, and remains free, however, if he is convicted of all the charges against him, he is looking at a maximum combined sentence of 40 years in prison and nearly $1 million dollars in fines.

The fact that this officer wanted to help the trafficker get out of his charge, raises some interesting questions about his own involvement in trafficking cocaine. If he was in fact involved in the operation, it would not be the first time recently that an “officer of the year” was busted trafficking cocaine. In fact, just earlier this year we reported that a NYPD cop and former officer of the year was caught purchasing 10 kilos of cocaine.

This is just one more example of how outlawing the sale of a product to a willing customer, i.e. the Drug War, fosters a system prone to corruption and abuse.