Republicans refuse to say this was an anti-gay attack 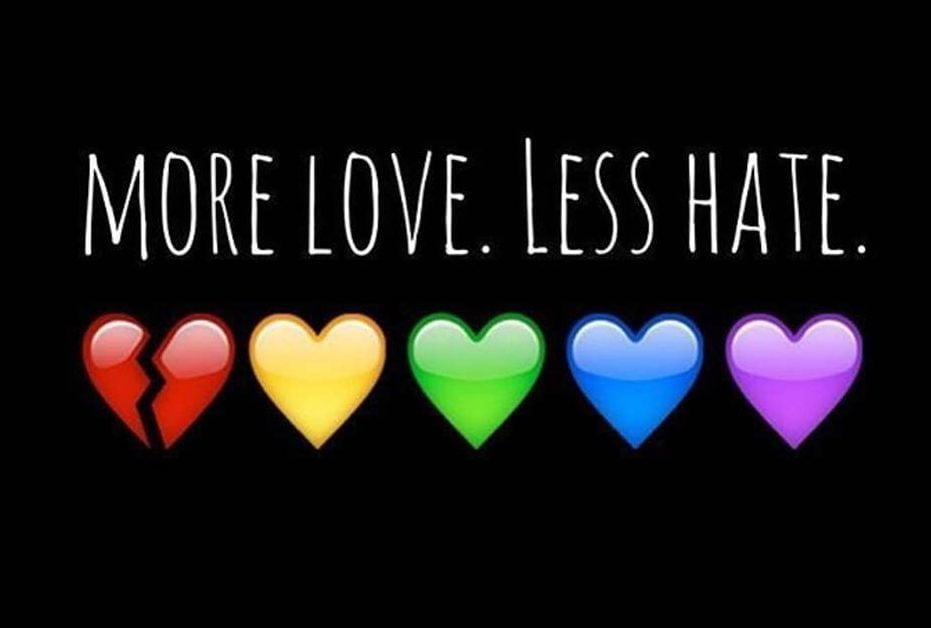 All Americans are saddened by the massacre of so many promising lives at the Pulse nightclub in Orlando Florida. But thousands of friends and family members of the victims have been robbed of the ability to hug and say good-bye to their loved ones. They were robbed of that opportunity because of hate. This is the same hate that has been committed against the LGBT community for hundreds of years and exactly the type of hate that resulted in brutal murder of Mathew Shepherd and so many others leading up to the tragedy at Pulse. As Hillary Clinton recently said “From Stonewall to Laramie and now Orlando” Hillary Clinton gets it, the Republicans don’t.

The Pulse Nightclub massacre is a tragedy of epic proportions but it isn’t the first. In 1973 an arson attack resulted in thirty two gay patrons being burned alive. There was also an attack at the Otherside Lounge, in Atlanta, Georgia, in February 1997, injuring five people by Eric Robert Rudolph — also responsible for the Centennial Olympic Park bombing who held anti-gay views. Then there was Ronald Edward Gay, who opened fire on a gay bar in Roanoke, VA, in 2000. Gay told police he was upset because he was frequently teased over his last name.

Once the gay civil rights movement became more organized in the 1970’s it triggered religious extremism and organized hatred from the religious right. What is common here among all these attacks against LGBT people is the hatred in the hearts of the attackers. No one is born to hate other humans. This hatred is being taught to them as children.

There is a toxic mix that makes moments like these massacres possible. The person that taught them to hate might be a terrorist group like ISIS, it might be a parent, it might be a preacher on Sunday, or a politician that spews hate. When you combine a deranged and delusional person filled with hate and give them easy access to weapons like an AR-15 this is the end result.

The Family Research Council  is among America’s leading purveyors of anti-LGBT hate. They have been preaching hate and bigotry against gay Americans for years. They didn’t pull the trigger but they still have blood soaked hands and must share the blame for teaching so many people to hate and despise gay people.

The Religious right have used their giant megaphone to create a dangerous and false narrative that portrays Christians who object to homosexuality on biblical grounds as victims of religious persecution. These opponents of LGBT equality have worked hard to persuade state legislatures to pass laws known as Religious Freedom Restoration Acts (RFRAs) — statutes that ostensibly allow individuals to deny goods and services to LGBT people on the basis of their religious beliefs.

It’s why we must expose the groups behind these RFRA laws as extremists that despise the LGBT community. This toxic hatred they have promoted in many ways is just an extension of the the battle for marriage equality, civil rights, and most recently the so-called bathroom wars.

So excuse me for being furious when right-wingers who have preached hate against the LGBT for decades now try and offer sympathy or prayers after this tragedy. But even in their sympathy they refuse to acknowledge this was an anti-gay attack. In none of their statements is there ever a mention that the victims were gay or the motive for the attack was a hatred for gay people.

Let me be perfectly clear that every anti-gay group, church denomination, or bigoted politician has blood on their hands for  fueling the flames of hate.

Republicans Politicians  refuse to say this was an anti-gay attack

Rep. Rick Allen, a Georgia freshman, launched the GOP’s regular policy meeting in the Capitol basement only recently by reading a Bible passage condemning homosexuality and suggesting that supporters of the LGBT provision, which passed the House the night before, were defying Christian tenets.

In my home state of Georgia not one Republican politician could even bring themselves to mention the fact that this was targeted at the LGBT community. Not one mention of LGBT, gay or even the fact that happened at a gay nightclub called Pulse.

Sandra & I join Georgians in praying for the comfort & healing of all those affected by this cowardly and despicable act of terror. In honor of & as a mark of respect for those who lost their lives, we join the federal government in ordering the flag to half-staff.

My heart breaks for those injured and killed this morning in this horrific act of terror. Bonnie and I join our fellow Georgians in lifting up the victims and their families during this devastating time. We also offer our support to the brave law enforcement officials and the state of Florida as they work to aid the victims and investigate this reprehensible act of mass violence.

I could post a dozen more statements but I think you get my point. The very people who have used religion and hate to bash gay people at every opportunity can’t even bring themselves to mention the word gay in their statements. This was clearly an anti-gay hate crime and not one Republican politician can even acknowledge this truth.<

Hillary Clinton immediately identified herself as an ally of LGBT Americans in her statement.  “The mass shooting—the deadliest in American history—occurred at a gay nightclub. We will keep fighting for your right to live freely, openly and without fear,” she said. Hate has absolutely no place in America.

In a recent tweet she wrote “To all the LGBT people grieving today: you have millions of allies who will always have your back. I am one of them.” —Hillary

So please spare me your prayers when the rest of the year you are praying for the death of the LGBT community and doing everything in your power to fight for discrimination against LGBT Americans. Spare me your platitudes when you teach your children to hate people simply based on who they choose to love.

Yes, Omar Mateen pulled the trigger, but his hatred is shared among many  in this country on the religious right. If you want to eradicate ISIS then stop sharing some of their core beliefs like intolerance and hatred for gay people. As Gabe Ortiz so eloquently wrote, being gay in America in 2016 shouldn’t be a radical act. Instead of praying for Orlando I hope you will pray for a change in your own hearts. Pray that you learn to understand the importance of loving your fellow human beings.

Hamilton actor Lin-Manuel Miranda paid tribute to Orlando victims at the Tony awards in a very emotional speech.”Love cannot be killed or swept aside. Love is love,” he tearfully repeated several times before urging  “fill the world with music, love and pride.”