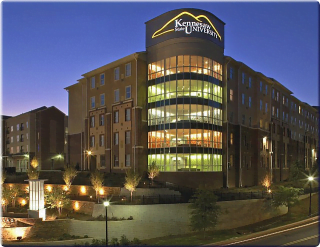 Interim president Houston Davis has announced three new interim administrators as replacements for staff who have been dismissed. Dr. Papp the outgoing president who has his own serious financial policy violations will officially retire on June 30. He abruptly announced his retirement over three week ago once the cat was out of the bag in regards to receiving $577, 500 which he was not owed.

Although Papp was perhaps the most notable example of greed, he was certainly not alone. Randall Shelton who served as vice president for auxiliary services which oversaw dining was also placed on administrative leave. He then quickly resigned once he understood he would soon be fired.

The other four administrators that Houston Davis fired included:

Hinds and Devine were part of Papp’s inner circle on his cabinet and Britt and Bossert reported to Hinds. Sheldon reported to Britt. All four of these administrators were removed on June 6 with their official employment set to terminate on July 1, 2016.

This all came to light thanks to anonymous tips to the USG ethics hotline back in November. The tips were quickly corroborated by system auditors and the whole house of cards came crashing down shortly afterwards. Here is an example of one of the tips.

In 2012 there was a very successful and profitable restaurant on campus called the Hoot. Mr. Shelton made the sole decision to change it to a franchise called WOW Wingery, the new franchise made KSU make 60k in physical improvements. Then continued to lose 300k over the next 2 years and had paid out 70k in franchise fees on top of that. Mr. Sheltons company Leab Enterprises was hired as a consultant by WOW Wingery upon opening this franchise, and continued to collect a monthly check even as it lost money … and fought to keep it open even after complaints from the culinary department and his internal accountants.

Another actor in this scheme was Gary Coltek, the former dining director, who was perhaps the most egregious actor of all. Coltek resigned from KSU in late 2015 but is being investigated by the GBI for criminal charges which include misusing state resources, nepotism, conflicts of interests, and ethics charges.

Although Papp and other KSU administrators were aware of Coltek’s actions they basically gave him a slap on the wrist and failed to report the total extent of his misdeeds to the central USG offices. When you commit serious crimes you certainly deserve more than a letter of reprimand.

But it is clear that Dr. Papp was fully aware of all the shenanigans going on around him with his staff because he had his own hand in a very lucrative cookie jar. A leader sets the tone and when others at the university observed Papp breaking the rules I am sure they felt this also gave them the green light to get  in on the action themselves. Yet again Chancellor Hank Huckaby appears to be asleep at the helm. Huckaby is completely clueless and you have to wonder what responsibility he needs to take since this happened right under his nose.

I would also point out that Huckaby has a long history of appointing interim presidents and then making them permanent which is not only against USG policy but is in fact illegal. You have to perform a national search and interview candidates and not simply appoint your cronies and pals like Rob Watts who was unqualified to lead any institution. Huckaby has been especially egregious when it comes to appointing presidents to black colleges and universities in the state without any sort of search or feedback from local stakeholders.

Update: I just read an article from the KSU Sentinel, the university newspaper and was unaware of this particular detail.

Due to operating systems and the budget deficit, the report also explains that dining fees paid by students are essentially “subsidizing both farm operations and the culinary sustainability and hospitality academic programs.”

First of all, the gall of Papp in allocating  $750,000 to himself for a catering budget and another $450,000 for his cabinet while the dining budget was operating with a $5 million deficit. But even worse is the fact that student fees appear to have been illegally used for academic programs. They should never be used for academic programs and have very specific limitations on their use.

This first attachment below is a hand delivered letter sent to Chancellor Hank Huckaby by John Fuscko the chief audit officer and vice chancellor for the university system of Georgia. This is a nine page document so I won’t attempt to summarize it all. This particular letter summarizes all the various missteps by Daniel Papp.

This second attachment is a letter written to Dr. Papp in regards to the investigation of Randy Shelton. Once again this is a very long document but well worth the read. It details how Shelton violated USG policies related to conflicts of interest and outside activities, travel, rules and procedures, bid rigging, and the list goes on and on.