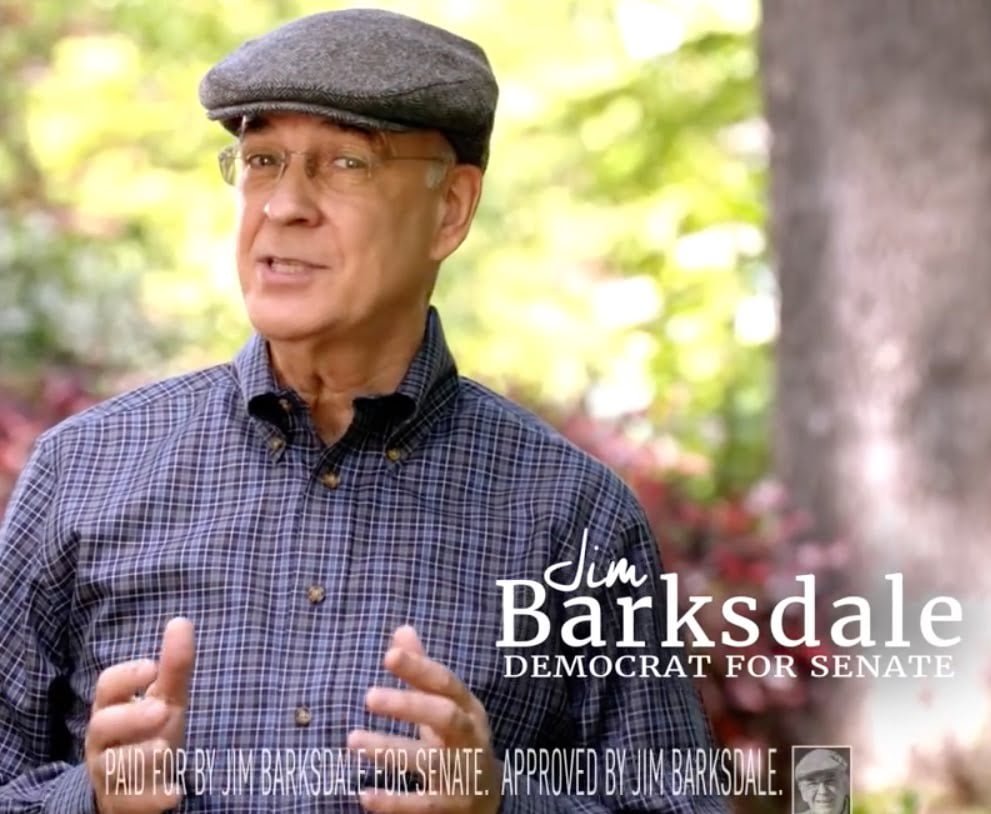 Dear Jim Barksdale, it’s time for an intervention. I decided to write you an open letter with a few observations and suggestions. First of all I want to thank you for running against an incumbent Republican Senator with a $6 million war chest thanks to the NRA, real estate, insurance industries and other special interest groups.  These groups will do everything in their power to ensure Johnny Isakson is re-elected because it’s good for their bottom line.

It takes a lot of courage to run when the odds are stacked so far against you in a red state like Georgia. No one else had the courage to run so we are thankful you gave us an alternative. Millions poured in to defeat Michelle Nunn in 2012 and if you become a real threat to Isakson in the polls that money will undoubtedly start rolling in to defeat you. Right now you aren’t a threat but we need to mold you into one and fast. The good news is Johnny Isakson is extremely vulnerable, but you need a campaign course correction and fast!

Below are a few suggestions I have to reboot your campaign.

I have more suggestions but this will suffice for now.  Johnny Isakson is very vulnerable. Even if Isakson were in perfect health, we have to remember he will be 72  years old at the start of his next term if re-elected and has been a politician for four decades. I would be shocked if Isakson is able to serve out his full-term until 2022 and voters need to be aware of this probability. Even without his health issues related to Parkinson’s disease, Isakson should have gracefully retired just as Zell Milled did when he knew it was time.

The main reason Isakson is vulnerable however is due to Donald Trump. He will likely bring a very high Democratic turnout this presidential election. Trump is toxic and Isakson has endorsed the party nominee which is Trump. For the first time since 1992 Georgia has a real shot at turning blue. You need to start attacking Trump and reminding people that Isakson supports this dangerous moron. If only 3.5% of Republican voters stay home on election day Georgia will turn blue. Perdue won with only 52.9% of the vote in a mid-term and without Trump as a factor.

You have a shot to win this Mr. Barksdale. Granted it is only a slim chance and growing slimmer the longer you remain invisible. But this a crazy year in politics and you have been given a tremendous opportunity to ride the anti-Trump wave to victory. But one thing I know for sure is your biggest liability thus far has been your inept campaign or lack thereof. If you truly want to be elected as a United States Senator you better start behaving like you deserve the job and so far you haven’t.