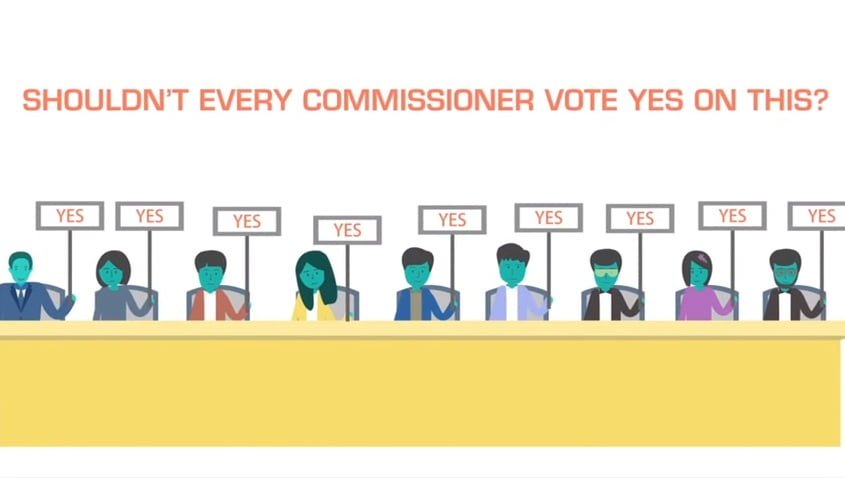 Back in August I published an article outlining why Macon-Bibb should avoid any business dealings with a startup Drone company . Here are the links to my two previous articles.  Olaeris called Drone Proposal with Olaeris Needs to Crash and Burn and an earlier one called Drone Company Olaeris Appears to be Vaporware. I built on the excellent investigation done by local TV station WMAZ and added in several new facts and reasons why any deal with this company would be idiotic. In this article I won’t repeat all the points I made in those previous submissions, but here are a few highlights.

The reason I am writing about this company yet again is their latest desperate attempt to sway the opinion of the public. It is a cheap and very amateurish animated video between two people having a very unnatural conversation. If they really wanted to change the public opinion they should show us one of a working drone and not a cheap propaganda video that looks like it was thrown together by teenagers over a weekend.

This video is beyond pathetic and far from doing any convincing to change anyone’s mind it will undoubtedly be the final nail in the coffin for a deal with Macon-Bibb or indeed any other city. Olaeris is operating on fumes at the moment and I can’t imagine any other city will buy the vaporware they are selling. Their smoke doesn’t come cheap however at a $5.7 million price tag plus $96,000 a month for 5 years for drones we don’t even need and indeed don’t even yet exist.

According to this report it appears that HAECO would be the actual manufacturer and gain FAA approval for this mythical drone and they are a large enough company with a long enough history to make good on these types of promises of over 100 jobs.

Lindsley said his company has formed a partnership with HAECO Americas, which would manufacture Olaeris’ AEVA systems, possibly within a High Point building where HAECO is considering adding 147 jobs.

But if HAECO just expanded in High Point, NC why would they then turn around and build an entirely new facility in Macon, GA? Let’s not forget HAECO already has a major facility in Macon.   I would be curious to hear from HAECO directly and see where they stand in all of this since they would be the actual manufacturer. I am certainly not against HAECO expanding their Macon facility and adding new jobs, I simply think we don’t need to be the first and only confirmed customer for a company to gain those jobs. I also see no compelling reason to even buy any drones at all let alone ones the size of a king sized mattress from a company that can’t even make a decent Youtube video. Couldn’t those millions be better spent by hiring new first responders or buying them more essential equipment?

Without further adieu here is the video by Olaeris and I will let you be the judge. Would you trust this company with even $1 of your hard earned money?  Now how about $5.7 million plus $96,000 a month for five years for drones we don’t even need and no one in the Macon-Bibb government nor Olaeris can articulate what benefit we would achieve from their deployment. We want new jobs in Macon but not if their salaries are being paid for by our tax dollars for a product we don’t need.

Drone Proposal with Olaeris Needs To Crash and Burn