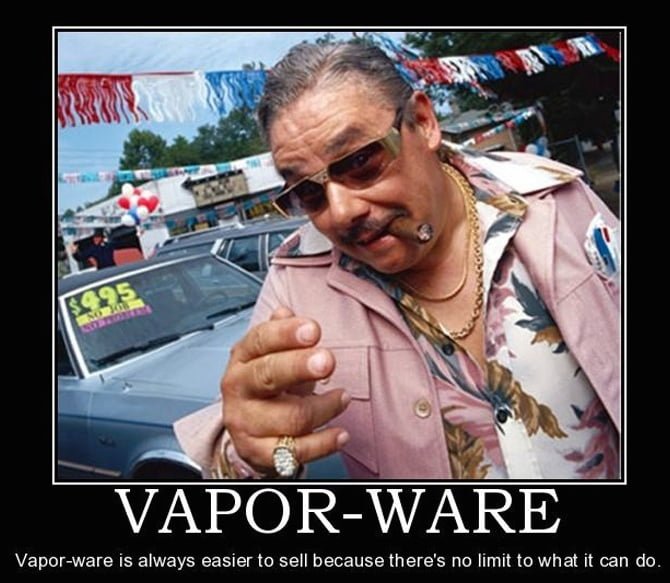 Recently I wrote an article expressing my concerns that Olaeris appeared to be a vaporware company. In the computer and tech industry, vaporware is a product, typically computer hardware or software, that is announced to the general public but is never actually manufactured nor officially cancelled. But I think that term could certainly apply to a shady drone company as well. I have now received more information that seems to support my initial suspicions. A few people that read my article wished to provide some additional insight along with some links.

If Olaeris isn’t a vaporware company, at the very least they are most definitely a very small start-up trying to puff their chest to appear far larger than they actually are. I would imagine they are simply a middleware type of distributor for some Thai or Chinese drone manufacturer and are buying drones overseas and trying to resell them here at a vastly inflated price as an OEM.

Only a very gullible city would fall for such an obvious ploy. Mayor Reichert has a history of leaping before looking or doing his due diligence which is why I am sure Ted Lindsey chose to contact Macon. Reichert also has shown a dogged determination to stick to his positions even when facts and logic dictated he modify them which is never a good sign. Flip-flopping is actually a great thing for politicians when facts and logic warrants a new strategy which is why I am always puzzled why people view that as a negative trait. Let’s hope in this case he will try a new strategy of simply admitting this was a mistake and choosing not to waste $6 million of our tax dollars on an unneeded, unwanted, and unnecessary boondoggle brokered by some very nebulous characters.

According to this report it appears that HAECO would be the actual manufacturer and they are a large enough company with a long enough history to make good on these types of promises of over 100 jobs.

Lindsley said his company has formed a partnership with HAECO Americas, which would manufacture Olaeris’ AEVA systems, possibly within a High Point building where HAECO is considering adding 147 jobs.

But if they just expanded in Hiigh Point, NC why would they then turn around and build an entirely new facility in Macon, GA?

Olaeris now has a pattern of going to smaller cities with promises of hundreds of jobs with the condition that they act fast and invest around $6 million or more. Where have we seen these limited time offers before? Oh yeah…on most TV stations at around 4 AM in the morning. I better set my DVR so I don’t miss any of these great deals tonight! 🙄

The information below was received by someone who has been closely  following Olaeris.

UpolloNews.com on the surface at least appears to be a scam type website. The website has been taken down but I found a web archived version.  There is no such thing in the US as an “accredited drone journalist”. But that won’t stop them from taking your $228 in return for a useless laminated badge, which the police will laugh at as they stick you in a paddy wagon for interfering with a crime scene or a fire. This site has now been taken down, not long after I sent it to reporters in Macon-Bibb, Greensboro NC, Dayton, Ohio, and the FAA. The people behind certainly appear to also be the same people behind Olaeris since the address was the same. So why would a drone manufacturer able to produce hundreds of jobs share an address with a now defunct site selling “Accredited Drone Journalist” badges which are worthless?

Ted Lindsley claims to have personally “Co-authored and passed into law” North Carolina’s 2014 legislation regulating drones. This is absurd. Here are the legislators  on the committee which drafted  the legislation. Ted was allowed to pitch his statewide EMS drone system at one of the hearings, via Skype from Thailand, but that was the extent of his help.

But this is where it stops being a joke. The person he claims to have “co-authored” it with is Kyle Snyder, the Director of North Carolina’s NextGen Air Transportation (NGAT) group. Kyle Snyder claimed  NGAT is testing it at their Lake Wheeler NC site, in a presentation this past April (page 16).

The reason none of this is a joke anymore, is that NGAT are the people testing military surveillance drones at the company formerly known as Blackwater. The term Blackwater usually refers to liquid waste either caused by coal or human excrement.   The company was renamed “Xe Services” in 2009, and “Academi” in 2011. The company was purchased in late 2010 by a group of private investors who changed the name to Academi. The company received widespread publicity in 2007, when a group of its employees shot at Iraqi civilians killing 17 and injuring 20 in Nisour Square, Baghdad. To the best of my knowledge Erik Prince still holds the trademark to the name.

Ted Lindlsey is the guy they trotted out repeatedly in the press as the kind of entrepreneur that would bring 1000’s of jobs to North Carolina… so long as we don’t legislate too strictly on things like privacy or hindering law enforcement use of drones.