What you need to know about big money in Election 2016 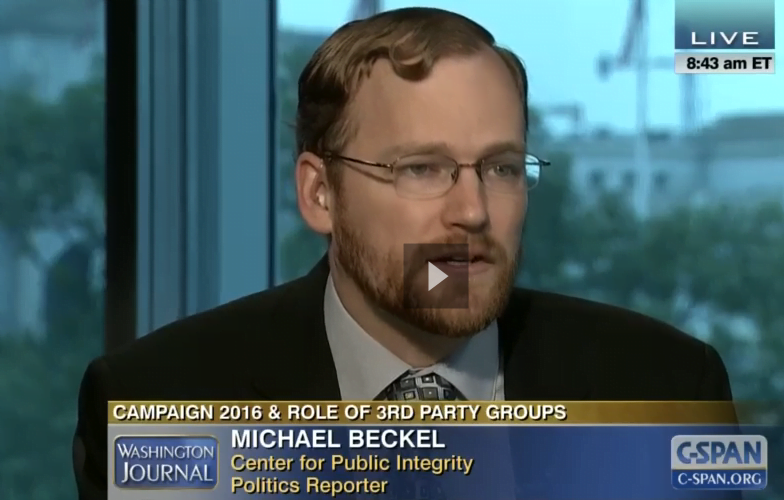 Center for Public Integrity reporter Michael Beckel appeared on C-SPAN’s popular “Washington Journal” program on June 20 to detail the money already flowing into the 2016 presidential election and who is behind the election’s first campaign ads.

Election Day 2016 is still more than 500 days away, but political ads are already starting to appear — especially in Iowa and New Hampshire, where the first presidential nomination contests will be held early next year.

Democratic Party frontrunner Hillary Clinton has already been targeted by nearly $1 million in negative ads by a host of conservative groups, including the Republican National Committee, as the Center for Public Integrity recently reported.

Meanwhile, super PACs and other groups not controlled by the candidates themselves have begun ad campaigns to introduce voters to candidates in the crowded GOP presidential field.

Beckel discusses these trends, and he outlines the differences between candidates’ official campaigns and the super PACs and politically active nonprofits that are also supporting most major 2016 presidential contenders.

Beckel is part of a team of Center for Public Integrity reporters covering the influence of money in both federal and state elections.