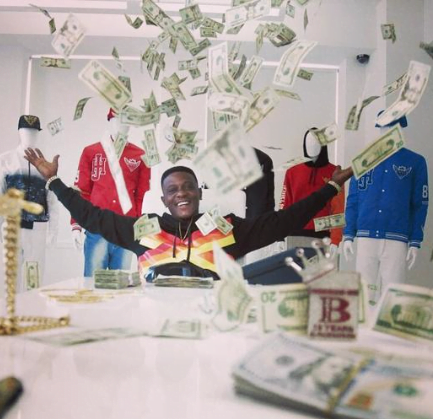 It seems Torrence Hatch, aka rapper Lil’ Boosie is unfamiliar with the expression “the show must go on” because he sure has a bad habit of disappointing fans and canceling an unusually large number of shows recently. The reasons include ones for health, for crowd size, and most recently as a violation of parole terms.

In addition to the recently cancelled show in Macon, Ga I was able to confirm five other cancellations and one where he exited the stage early for health reasons all within the last few months.

The reason he most recently cited in his apology video is he stated his parole officer would not permit him to perform at nightclubs because it violated the terms of his probation. But it appears he may have performed in Montgomery, Alabama at a Club formerly called The Mansion and now called Onyx in May. This news report questions if a larger police presence was needed. How would that club not also have been a violation of his parole if they refused to allow him to perform at Whiskey River?

He has five albums of work and a lot of lost time to make up to the fanbase who had been patiently waiting for the rapper’s return to the live circuit after being incarcerated for drugs charges last year. That is for the venues he doesn’t cancel at least, which seems to be a hit or miss if you are a fan these days. Hang on to those ticket stubs in case you need to ever get a refund since you will need proof.

Including the recent cancellation in Macon, GA at Whiskey River, I have been able to verify five additional cancellations for a total of six. Technically 5 1/2 since one show was cut short after he exited the stage to vomit.  I also have reports of several other cities from tips I received I am currently trying to confirm.

When I first published my article on the cancellation of the Lil’ Boosie appearance in Macon thanks to some tips from a angry fan who was at the cancelled show, my sight was pounded with heavy traffic. I average anywhere between 6,000 to 9,000 unique visitors on most days, but on that day I received over 100,000 visitors. That is largely thanks to being the first site to break the story an hour before the Bibb County Sheriff’s office released their report to the media and thus earning favor with Google as the primary source.

The only reason I mention that heavy traffic  is prior to that article I had never heard the name Lil’ Boosie even though I am a fan of some Hip-Hop music though admittedly not an expert by any means.  But with 455,000 Twitter followers and 4.6 million Facebook likes, there is no disputing this guy has a lot of fans that enjoy his music. Shows how much I know about “gangsta rap” which is admittedly next to nothing.

Gangsta rap is a subgenre of hip hop music and is much more hardcore with a lot less emphasis on melody, harmonic rhythm, or good vocals or even musical instruments. From the few Lil’ Boosie songs I listened to for this article, they don’t seem to follow the typical song pattern of building energy as they proceed and I couldn’t really hear a catchy chorus. Not my cup of tea, but music is a very personal choice so I try and respect all people’s music even if I may not like or understand why they like it.

In the last two days, I’ve been flooded with tips from fans from all over the country that claimed Lil’ Boosie has a bad habit of canceling shows. I am currently in the process of trying to confirm all of these tips and will continue updating this article as new information arrives.

The owner of Whiskey River says he is going to take legal action against the promotion company and Lil’ Boosie who cancelled the performance Saturday night. The damage was relatively minor at only $500 and luckily there were only a few minor injuries, but I think the bigger story here is all these concert cancellations that led to this anger by fans.

If you know of any other examples of cancelled shows from Lil’ Boosie please let us know here in the comments, by contacting us, or on Facebook. Thanks!

Here are some recent cancellations I have been able to confirm.

1) Boosie was forced to cancel his performance in Charlotte, North Carolina in early March for health reasons.

2) A planned Lil Boosie concert for April 18th at the County Fairgrounds in Jackson, Mississippi has been scrapped. According to WAPT, the rapper could not be confirmed for the performance because of his parole travel restriction.

3) Rapper Lil Boosie Had To Cut A Performance In New York Short On Tuesday (May 26, 2015) After Falling Ill On Stage. Torrence Hatch, was performing at Webster Hall when he exited the stage to vomit. (not a cancellation but still a lot of disappointed fans)

In addition to those shows above that I was able to confirm, I have several additional reports I am still researching and trying to get confirmation before I add to the list above. If you know of any cancelled shows I missed please let us know.

His next scheduled event is on  July 11 in Fort Meyers, Florida. I have a feeling the VIP customers in Macon who reportedly paid around $500 to as much as $700 will feel especially ripped off after seeing the “discount” prices offer to customers in Florida. $100 is a bargain by comparison.