Reverse Decisions and Hidden Agendas at Laurens School Board 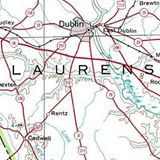 Just when the citizens of Laurens County thought that things couldn’t possibly get any worse at our School Board, we were proven wrong. It is apparent to many citizens  the true reason  this Board  got rid of Financial Director Tim Passmore. It was made even more evident with decisions made at a called Meeting on September 2nd.

As you may recall Mr. Passmore made headlines a short time back after Board Members voted in a 3-2 decision to transfer him from his Financial Director position to the Assistant Principal position at Southwest Laurens Elementary School. Members of the community rallied behind Mr. Passmore with an outpouring of support via telephone calls, emails, petitions and even involving news media. As in the past, Laurens County Board Members did not heed public outcry and demoted Mr. Passmore.

This decision left many shaking their heads in disbelief while others maintained the decision couldn’t possibly be legal considering Mr. Passmore’s contract had been signed just days before that vote asking him to continue on as Financial Director for LCBOE. Confirmation, at least in the minds of those who have been following this board for any length of time, on why this decision was made was solidified during the Called Meeting last Tuesday.

The Board advertised the called meeting under the guise of making final decisions on repairs needed to the current West Laurens Middle School. According to some Laurens County School Board members they were under the impression that the called meeting was only to discuss a personnel matter (replacing Mr. Passmore).  I use the word guise strongly because the Superintendent himself said during the meeting when questioned about the legality of that according to “legal counsel” they could in fact discuss it. How could you possibly speak to legal counsel about an issue that is going to arise at a called meeting when the issue was not on the Agenda and the motion was supposedly “not planned”?

The meeting began with Mr. DeLoach from DeLoach Architecture giving a report about all the “requirements” the current West Laurens Middle School would have to have to meet to be”within code”. (Let’s not forget that we’re in this dilemma because this same Board voted to deem the WLMS “unsafe due to proximity of Interstate I-I6”. )

A decision that many have stated from the beginning was asinine because GEC (whom this Board paid to conduct a geological survey) had to revise their original report because “the wording was not strong enough” to warrant the school being deemed unsafe. Talk about something coming to bite you back in the rear. Mr. DeLoach continued on with his “assessment” of  how many millions of dollars would have to be spent in order to get the current school where the State felt it was safe again. Many, as well as a board member himself, called into question whether Mr. DeLoach should be allowed to even give such an assessment because his company stands to profit millions if the LCBOE agrees to build 2 new schools on the west side of the county.

In his assessment he included creating a 2,500 foot Burma along the property near the interstate, replacing all windows and doors on the side nearest the interstate with protection in case of a toxic spill, and converting the current gym into what sounded like a bomb shelter with “layers of protection” against chemical spills or a cloud of “toxic gas”.  Are you kidding me? The Heart of Georgia College and Career Academy, which houses students, just opened with a grant from the State for 3 million dollars that renovated 40% of the old West Laurens High School. I didn’t see them making the school “toxic spill proof”. What’s next, making it asteroid proof as well? If the West Laurens Middle School Campus is NOT safe for students due to proximity to I16 why are we bussing students to the Heart of Georgia College and Career Academy. It was eluded to in a previous session that there weren’t “as many students at risk” at the Career Academy. I’m sorry but who gets to determine the value of Suzy verses Tommy or are our children only a number to some board members?

His report became so unrealistic and so outrageous at one point a Board member said that he felt this was nothing more than “trumped up bull$*!#”. And that same board member asked why we couldn’t have another survey conducted since the previous one had to be altered with “stronger language” to get the school deemed unsafe. Hmmm. That’s a very good question and it leads us to ask, was the vote to deem the school unsafe unethical at least and possibly even illegal.

The discussion gets a little messy at that point with Board Members Kenny Payne and Sam Beall, as well as Board Member Elect Brenda Hilton, stating that this should not even be happening and at the least the public should be informed in advance if such a thing was being considered.  Again, all to no avail. Board Member Marcus Clements (who lost to Ms. Hilton and is finishing his last term) and Board Member Bill Rowe quickly voted in favor of Mr. Parkers motion. Not surprising given the fact that they have been the only two board members in favor of this farce to begin with. This was further proven when Mr. Clements lost the election in part because he would not listen to his constituents concerns about building 2 new schools.

Issues of Concern to the Citizens of Laurens County

Several things concern citizens regarding what took place at the called meeting. First and foremost, is it unethical? and secondly was it possibly even illegal?There is no doubt that this decision was unethical. As far as being illegal,  I’d like to bring your attention to several things that have been asked by citizens.

Do We Have A “School Fairy”?

Let’s hope we have some kind of fairy waiting in the wind to cover the cost of this extravagant deal that certain board members are “dedicated to seeing through”.  Because if teachers are NOT going to be furloughed, students are NOT going to lose instructional days and citizens are NOT going to see an increase in taxes; just where is the money coming from. Oh, yea I remember now. We’re going to pass a new SPLOST. But wasn’t our board advised NOT to consider 2 new schools until AFTER another SPLOST was guaranteed. Whose to even say that the City of Dublin will even agree to another SPLOST. Are they forgetting that it takes the City’s cooperation and according to at least one board member the City has no plans of recommending another SPLOST any time soon. But for arguments sake let’s just say they agree to put another SPLOST on the ballot. Many citizens are vowing they will NOT vote in favor of another SPLOST. And don’t be misguided; there are several Board’s of Education who have put a SPLOST on recent ballots and the citizens voted a resounding NO because they did not want the extra penny sales tax.  What happens then? Oh, I know….the board members who are serving at that time will get blamed for the catastrophic downfall because let’s be honest…more than one board member says “I won’t be here when it happens”. No, you may not be serving on the board when it happens but rest assured if this asinine plan goes through, the citizens of Laurens County will NEVER forget who left them in financial jeopardy. So let’s hope that school fairy produces 50 million dollars pretty quickly to put our minds at ease but let’s face it, life’s not about fairies and fairy tales and this board can’t sprinkle fairy dust and make this problem go away.

As we continue to watch this debacle unfold many are asking just how far certain board members will go to see what appears to be a personal agenda pushed through. One thing is certain, this board believes it can do “anything” it wants to. The question is, can they?