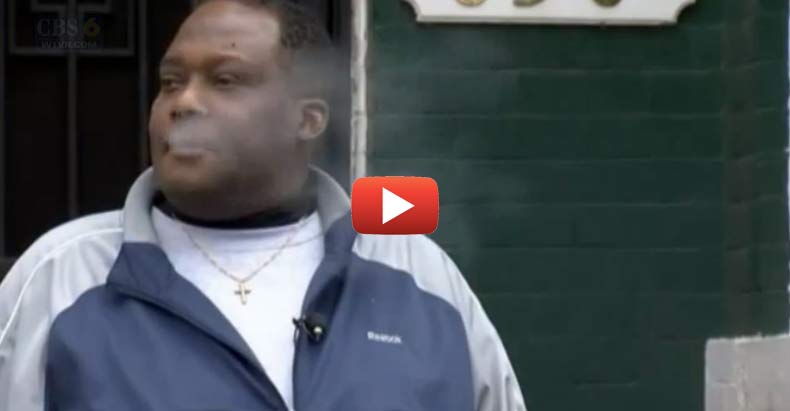 Washington, D.C. – A Washington D.C. Superior Court judge has ordered Edwin Gray to stop smoking cigarettes in his own home after a neighbor filed a lawsuit claiming that smoke had seeped into their home through a shared basement.

In addition to the injunction, the lawsuit seeks $500,000 in damages.

So while most D.C. residents can now legally smoke marijuana in their homes, one man has been legally banned from smoking cigarettes, or any other substance, in the privacy and comfort of his own home.

The temporary injunction from the judge came after the neighbors claimed in the their lawsuit that they were concerned that the smoke would harm their unborn baby as well as their child, according to WJLA.

“You want me to stop what I’ve been doing in my house, all my life,” Gray said.

Gray was stunned by the order, as his family has owned the Northeast D.C. residence for 50 years and the neighbors had only moved in last year.

Johnson says she was shocked a lawsuit, filed by neighbors who moved in last year, could now dictate what the family can do inside its home.

“I think it’s an excellent precedent to start, so people can realize you can’t just ignore your neighbor,” Kass said. “Your home is no longer your castle.”

While perhaps Kass’s home isn’t his castle, many Americans feel that their home is their castle.

A person’s sanctuary is the place where one is often thought to have more liberty and freedom than anywhere else on earth. The importance many Americans place on the sanctity of their homes can be seen in the numerous “castle” laws in effect across the U.S.

In fact, this is so true that the state of Indiana passed a law last year to “recognize the unique character of a citizen’s home and to ensure that a citizen feels secure in his or her own home against unlawful intrusion by another individual or a public servant,” which allows for shooting public servants who are unlawfully entering a person’s home.


And while there are many shared walls in D.C., the reality is that the principle of “caveat emptor,” or buyer beware, should be the standard. It’s not the responsibility of a homeowner of 50-years to stop smoking in his home simply because someone new bought an adjoining house that doesn’t like smoke.

Perhaps rather their suing their neighbor, in an effort to legally force him to stop smoking in his home, these people should have made sure that no smokers lived in adjoining homes before purchasing the home and moving in.

If even our law-abiding behaviors can be regulated by the state while in the privacy of our own homes, then what hope is there for freedom?