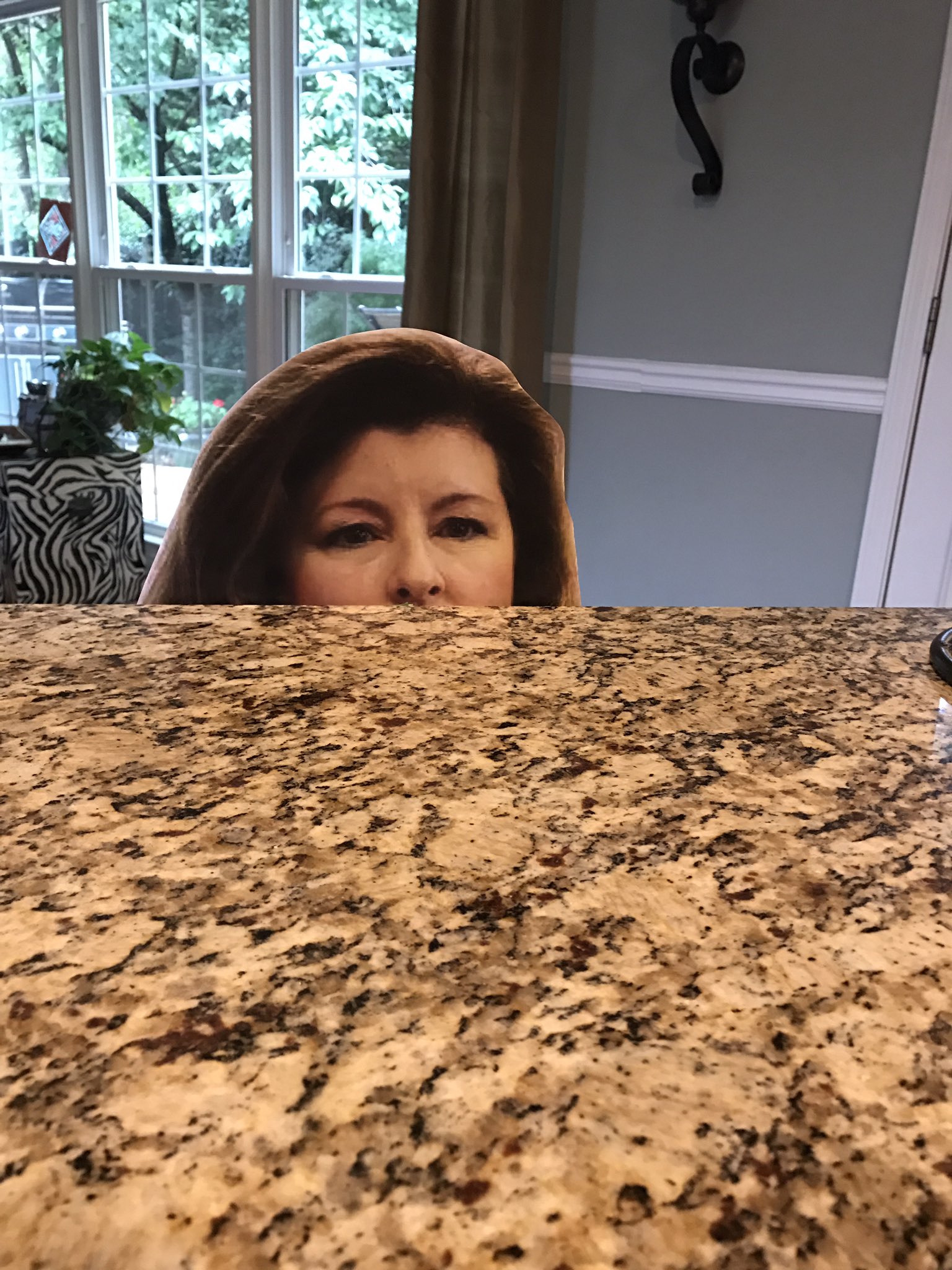 Recently a new hashtag on Twitter is starting to trend called #Hiding Handel and with good reason. Jon Ossoff has challenged Karen Handel to no less than six debates before the June 20th election and she hasn’t accepted any of those invitations. Even Handel supporters are beginning to wonder why they should vote for a candidate whose afraid to articulate her own positions in an open public forum against the competing candidate. A series of photos à la Sean Spicer hiding in the bushes have began popping up to represent Handel’s fear of debating Jon Ossoff.

Handel has frequently attacked Ossoff as someone who lacks experience. Surely a series of debates would allow her to clearly prove those assertions. The more plausible reason Handel is afraid to debate the extremely articulate Jon Ossoff is she knows she would very likely be completely annihilated and humiliated on stage.

In the Georgia Senate race David Perdue described Handel as only a High School graduate with no college degree. In other words he called her a college dropout. Handel had to leave home at the age of 17 from an abusive home and never managed to get her college degree. Certainly that was a traumatic situation for Karen Handel, but that was three decades ago. Why hasn’t Handel ever decided to go back and get her degree(s) since then? She managed to win and then quit two public offices and run and lose for three more, but yet couldn’t find the time to go to night school? In 30 plus years she couldn’t find the time to get her degree?

Plenty of hard-working people manage to go back and earn their degrees later in life due to problems they had early on. I just obtained my second graduate degree while working a full-time job. It was incredibly exhausting, but was well worth the effort.  Ossoff by contrast attended Georgetown University and wrote his Master’s thesis at the London School of Economics on trade relations between the U.S. and China.

College degrees alone do not a better candidate make, but I think Handel is quite frankly scared to death to get in a debate which might force her to stray from her memorized stump speech talking points. Ossoff has a good understanding of international affairs and can articulate his policy stances clearly while Handel would have to rely on rote memorized talking points. In a debate she would likely be forced to stray off point which would be disastrous as it would expose just her as as an intellectual lightweight with only a superficial understanding of any issue. She also has a tendency to misuse and mispronounce words or simply use a completely different word than she intended.

The Dunwoody Homeowners Association planned a 6th Congressional District debate between Karen Handel and Jon Ossoff on May 21 which never happened after Handel declined to participate. But in an email exchange prior to saying no Handel’s handlers asked if it would be open to the public or restricted to Dunwoody residents. When Handel’s campaign were told it would be open to the public, the next response was they had a scheduling conflict. Sure you did Karen….Amazing how quickly a scheduling conflict occurred once they found out it was open to the public.

Sandra Sidhom was so angered at Karen Handel’s refusal to debate Ossoff that she helped organize and deliver a 1,200 signature petition from constituents in the district demanding that she agree to a debate.

Some people speculate the reason Handel is avoiding a debate at all cost is due to her very checkered past. Out of the five races Karen Handel entered, she won only two and failed to complete the terms for either office she won. Handel would also have to publicly defend the Republican Trumpcare bill which will remove approximately 750,000 mostly poor and elderly Georgians from their healthcare.  When Karen Handel ran for Secretary of State, she claimed the voting machines were obsolete and vulnerable but after being elected she reversed her position while taking $25,000 from friends, family and employees of the voting machine vendor lobbyist, Massey Bowers. To read many other Handel Scandals click here.

Handel has been involved in politics for over two decades. She was in fact born in Washington D.C and raised in Maryland. This is a fact she doesn’t mention due to her attacks on Jon Ossoff for not living in the Georgia 6th district.  He was born and raised in the district and he currently lives one mile outside the district so that his fiance can be closer to her medical school classes and have less of a commute. Ossoff has lived many more years in the Georgia 6th than Handel has even lived in the state.

She also refuses to talk about her complicated history with Planned Parenthood and a debate question on this topic might doom her chances. Fortune Magazine reports:

In January of 2012, the Komen foundation, which sponsors Susan G. Komen Global Race for the Cure, announced it was suspending funding for Planned Parenthood. Handel had been Senior Vice President of Public Policy for the organization since 2011. Shortly after, amid fierce backlash, the foundation reversed course. The Huffington Post, citing internal e-mails and one unnamed Komen insider, reported at the time that Handel was the primary force in the decision to pull funding.

I believe the main reason Handel won’t debate Ossoff is because she realizes that she’s wrapped up the hard core Republican vote in the district. These are the same people who will vote Republican no matter how flawed their candidate may be due to party loyalty. Donald Trump wasn’t wrong when he said he could shoot someone in Times Square and people would still vote for him. Handel is banking on the fact that the hard core GOP vote will be just enough for her to win 50% plus 1. I hope and think she may be wrong. The recent Comey firing, Russian influence peddling, and healthcare setbacks for Trump could prove to just enough to sway the small percentage of independents needed for Ossoff to seal the victory..

Handel is also still smarting from the shellacking she received in the previous debates. But keep in mind there were around 17 other candidates to take some of the heat in those debates.  She would do far worse going against Ossoff one on one without the human shields the other candidates provided in previous debates. She is deathly afraid of showing her true self to the voters. She realizes she is completely unqualified and a debate would remove any veneer of intellect or competence.

If Handel isn’t willing to share her plans with constituents in debates to earn votes, imagine how she will dodge voters if she is elected.  I can also guarantee you that if elected she would also not hold any town halls like all the other Georgia GOP politicians have done. I am looking at you David Perdue, Johnny Isakson, and pretty much all the GOP House members!

This debate avoidance is evidence of just what she thinks of the people in the 6th. Handle’s handlers know there is no way she’d come across well in a debate, and they want to limit her exposure to the negative ads that her dark-money supporters are sponsoring on her behalf.  Handel wants to return to her hometown of D.C. where she can attend fancy parties and get great healthcare while removing it from 750,000 Georgians.

Let’s hope the voters in the Georgia 6th view this slap in the face as a pure act of cowardice. Ultimately, the people of the 6th district should demand debates as they are critical to a democratic republic.  Voters need to make an informed decision based on seeing candidates discuss their stances on policy. Debates offer voters a chance for direct comparison that forces candidates to show their policy chops in a way that stump speeches do not. Perhaps she will muster enough courage to at least debate Ossoff once, but mark my words after she gets walloped in that first debate there won’t be a second.

3 thoughts on “Karen Handel is afraid to debate Jon Ossoff”