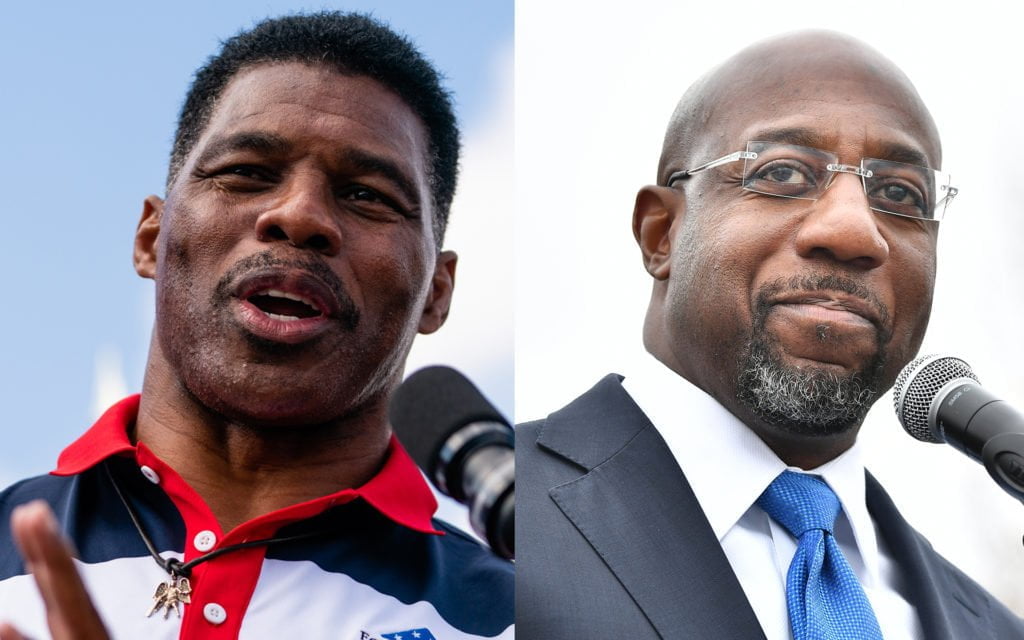 It amazes me to watch befuddled pundits on various news networks appearing visibly confused as to why the Georgia Senate race between Herschel Walker and Ralph Warnock is so close. It’s really not complicated people! Character, integrity, intelligence, competence, charm, debates, sanity ……none of that matters in the slightest. The only thing that matters to voters is how a Senator will vote once they are elected. Walker without a doubt would vote as he is told and voters are aware of that. He is a reliable warm seat. Nothing more – Nothing less. Yes, it really is that simple.

Can we really blame voters for thinking this way? Let’s all get off our moral high ground for a moment and think about this proposition logically. We all know and accept for a fact that voters vote for selfish reasons. They vote for candidates who they believe, right or wrongly, will better their lives or at least support most of their beliefs. The only essential duty of a Senator is to cast votes. Why are pundits surprised that voters would be willing to overlook admittedly massive shortcomings and view Walker as nothing more than a reliable vote. Democrats do exactly the same thing and hold their noses to vote. They might like and respect the competing candidate more ,but thanks to self-interest and greed they vote for the warm seat who will vote on party lines.

The Polls Are Very Close

A new Monmouth University survey, published on Wednesday, shows that 49 percent of potential voters said they would definitely or probably back Warnock in the November 8 election against Herschel Walker, compared to 44 percent who said the same thing about Walker.

There is also another race in Georgia that could also have a significant impact of the Senate race between Herschel Walker and Ralph Warnock. The rematch between incumbent Georgia Governor Brian Kemp and Stacey Abrams. Abrams only lost the last race by around 60,000 votes, but if current polls are to be believed she will likely lose this race by a much wider margin.

Nationally, Democrats and pundits heralded her as a new leader. There was talk she could even be selected as Biden’s VP pick. Abrams made a really bad political miscalculation and instead of running for the Georgia Senate seat, she instead convinced Ralph Warnock to run in her stead. Had she ran, she would have very likely won and would now be running against Herschel Walker instead of a very popular incumbent Governor.

Kemp has a 90% chance of winning. Why is Abrams so much further behind this time? Largely due to a lack of enthusiasm from black male voters. They just don’t seem to like her very much. According to Bloomberg

One-third of Black men registered in Georgia haven’t voted in the past several elections, with pollsters saying these disaffected voters just don’t think the outcome will improve their lives. In recent years, Black men also have shown they’re more willing to vote Republican, in Georgia and nationally. About 1 in 5 Black men voted for Donald Trump in 2020, up from 2016.

Together, these two groups — Black men who typically don’t vote and those who have crossed party lines — could determine the outcome in November. The key is figuring out the reasons for their choices and persuading them to change their minds.

In a September poll conducted by the University of Georgia for the Atlanta Journal-Constitution, 74% of Black men said they planned to vote for Abrams, compared with 82% of Black women.

In 2018, when Kemp defeated Abrams by 55,000 votes, exit polls found that 97% of Black women had voted for Abrams, compared with 88% of Black men. That 9-point gender gap represented 120,000 votes. That means Abrams would be the incumbent if black men had voted at a similar rate to black women. There is no indication this race will be any different.

Abrams made a rookie mistake of trying her best to appeal to a national audience due to her presidential ambitions and forgetting that she has yet to win a statewide office. She succeeded in gaining some national fame and attention but those people won’t help her in the election next week where Kemp will likely beat her by a very wide margin. Kemp has repeatedly and successfully played clips of Abrams mentioning defunding the police and it seems to have worked. The question remains will Abrams drag Warnock down enough for Herschel Walker to win? My prediction: No she won’t. She will definitely hurt Warnock a bit but not enough to secure a Herschel Walker win.

The short answer is no one knows what will happen with any certainty but here are my predictions. Warnock will likely win more votes than Herschel Walker  but not get over 50%. Because Georgia requires more than 50%  to win there will likely be a runoff for Senate since the Libertarian Senate candidate is polling pretty well. However, the polls for Governor suggests Kemp will win outright with no need for a second round. That could actually be great news for Warnock. Walker will likely get a boosted coattail effect in the race next week for people voting for Kemp and not wanting to split their ballot. But all those bonus Kemp voters Walker collects next week will almost certainly not push him over 50%. In a runoff without the Kemp factor I think Warnock would have a much better chance of winning.