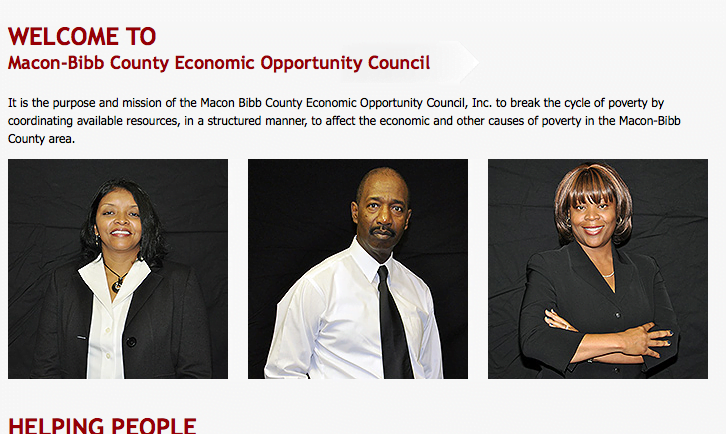 It was recently reported the Macon-Bibb Equal Opportunity Council is at risk of losing their contract to administer the Head Start program after a 36 year run. Last year they received a grant of $6.78 million for this program so this is a significant chunk of change. That works out to $84,223 per child. Now I realize not all that money is earmarked for Head Start or the kids, but that is still a useful number to keep in mind. One year of tuition and room and board at Harvard is around $60,000 by comparison.

In addition to Bibb County, the Macon-Bibb EOC also administer the program in Monroe County. They lost their status as the sole Head Start provider over safety and several unspecified concerns after a 2013 review.

The Macon-Bibb EOC has 150 employees but only serves 805 children so that works out to 5.3 children per employee.  Are 150 employees really necessary for so few kids? If they are unpaid volunteers that would be one thing but that is not the case. Other Head Start agencies have far better ratios than the one in Macon-Bibb by comparison. They also offer a more diverse program of services and programs.

Mayor Reichert as usual leaped without looking and issued this statement in their defense. “I would like to request that you reconsider the recommendation to change providers because of the adverse economic impact and disruption of an important service to the children, families and our community,” Reichert wrote. I would suggest he visit or speak with with other agencies before he so hastily defends the Macon-Bibb EOC. Because then he might realize things could be much better for the kids in Macon-Bibb if a new agency were given a chance.

I would also suggest he speak with some of the disgruntled parents here in Bibb like I have done who aren’t happy with the current Head Start staff. Even if Macon-Bibb EOC is selected again I can guarantee you they will start doing a far better job than they have done in the past now that they are at risk of losing their contract if they don’t make improvements.

Some reasons the national review board took issue with the Macon-Bibb EOC mentioned safety concerns. Complaints about a top-heavy administration have also been mentioned. Many of whom are extremely well compensated.  Lots of well-paid queen bees and very few worker bees working directly with children.  The February 2014 letter to the Macon-Bibb EOC says an inspection the year before found violations of two requirements.

“Agencies must ensure that no child is present during the spraying of pesticides or herbicides. Children must not return to the affected area until it is safe to do so,” the letter states. And agencies must ensure that “the selection, layout and maintenance of playground equipment and surfaces minimize the possiblity of injury to children.”

The official letter written by Ann Linehan is included at the bottom but lacks further specifics.

A Fresh Start For Macon’s Head Start A Good Thing

The letter from the Head Start Director basically says that Macon-Bibb EOC will now be forced to compete with other agencies for those millions and I for one think competition is a very good thing. An agency, any agency, becomes complacent after 36 years when they never had any competition. They get used to doing things a certain way and are reluctant to ever make any changes or improvements if they think they are the only player in town. People are rarely satisfied with any monopoly.

You can see all the Head Start programs in Georgia at this link. According to that link the Macon-Bibb EOC serves 760 in Head Start which differs from their claim of 805 and does not offer a early Head Start program. When you visit the Macon-Bibb EOC website  the very first thing you see are photos of three of their directors. By Contrast when you visit the Head Start website in Warner Robins the first thing you see are pictures of Head Start students. That is very telling indeed and speaks volumes about priorities. One seems to prioritize kids and the other seems to prioritize staff.

I continued looking at other agencies. The Head Start program in Fort Valley for example has 362 Head Start kids but also serves 557 in Early Head Start and 20 in Pre-K by comparison whereas the Macon-Bibb EOC completely ignores that segment according to the Georgia Head Start website. Fort Valley serves 939 in total. With a budget of $6.78 million one has to wonder how they can afford 150 employees and yet serve no children in Early Head Start nor any in Pre-K. Where is all that money going?

In addition the Head Start the Macon-Bibb EOC also administers the heating assistance program. It has received a lot of criticism in the community for making it hard for the most needy of all to apply. I personally know some octogenarians that desperately needed that assistance but were far too frail to stand in line in the cold. Had there been an application offered online, by fax, or by mail I would have happily helped them apply, but since it required them to go stand in line they were out of luck.

That sort of myopic mismanagement of the heating programming is very troubling. It rewards the ones healthy and capable of standing in line and punishes the truly needy who may be too old or in too poor of health. If they are this indifferent to the aged and frail, why should we assume they are doing any better job at helping the very young?

Their website was also down for several weeks earlier this year. If they can’t even manage to keep a website up and running you have to wonder if they are capable of running Head Start as well.

Just to be clear this article is NOT a criticism of the national version of the Head Start program. That is not to say there aren’t critics that argue the entire program is a colossal failure and others that argue it’s a tremendous success.  I think the answer lies somewhere in the middle. It’s an ambitious program that can do a lot of good, but there are certainly some agencies putting others to shame and that is generally because they have competition or are just far better run.

Head Start does a lot of good on a case by case basis based on the quality of the local offices and staff.  If a local agency is well-run and spends the majority of the resources directly on kids and not administrative overhead and too many paid employees it can be very successful. Conversely if an agency has made no real attempts to improve or to compete for funds the kids are the ones who suffer because very little of the funds trickle down to directly impact them.

Head Start gets at-risk children ready for kindergarten in every aspect this study measured. After one year in Head Start, children showed gains in vocabulary, letter-word identification, mathematics and social-emotional development compared with peers.

In addition, parents involved with the program used more appropriate discipline and spent more time engaging in literacy activities with their children. But those success stories require a local agency that put children as their priority and are always looking to make improvements every single year. When a coordinator has received millions in funds for thirty-six years in a row with no competition you have to wonder if they don’t become a bit averse to improvements or innovation.

We must remember that the only priority and consideration should be if the children served by Head Start. The only way we can make sure children are getting the best possible services is to make sure someone else is competing to serve them. Imagine what your cell phone service and bill would be like if Verizon didn’t have to compete with other carriers. Imagine if there was only one car dealership, one restaurant, or one of anything in town that for 36 years didn’t have to worry about any competition. Well that is precisely what has been allowed to happen with the Macon-Bibb EOC and it is about time they were forced to compete.

Lost in the discussion by defenders like Mayor Reichert and others was any mention of whether the children being served are being given the best possible services possible. With so many cooks in the kitchen serving the same old gruel year after year perhaps it is time to give a new chef with a new recipe a chance.

The real winners will be the Head Start children. Once they have two and possibly more agencies competing for the funds to administer this program you can be sure that competition is the only way these children will ever see any improvements to the quality of the program, facilities, and possibly additional services offered at other Head Start agencies in Georgia not offered in Macon.

Sometimes good things need to end for better things to begin. I don’t doubt at one time the Macon-Bibb EOC was lean and hungry to help kids. But over the years they became somewhat fat and complacent and their priorities now seem more to do with their jobs than the children in Head Start.

As Martha Stewart is fond of saying, change is a good thing. I would add that change along with competition is an excellent thing and I see this as a real chance to make much needed improvements for the kids. After all, they are the only ones that should matter in this discussion and I seem to be the only one that seems to remember that in this discussion. That is the true shame in all the talk  about ending their contract. Not one defender has mentioned the potential positive impact on the kids.