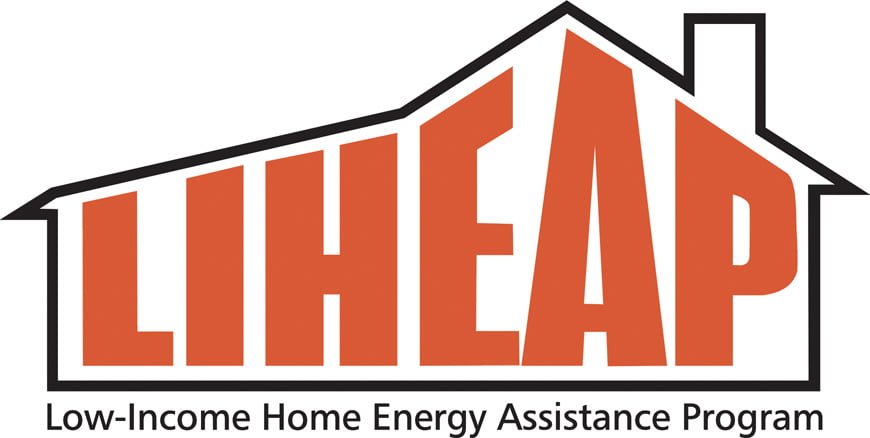 The Macon-Bibb EOC expects to have at least $500,000 to distribute in about $300 increments this year after receiving $2 million last year. This is part of the LIHEAP program and it is meant to assist the elderly poor with their heating bills. But instead in Macon, GA due to mismanagement and bad decisions by the Macon-Bibb EOC  (Economic Opportunity Council) it is instead rewarding people who need the help far less than the truly needy who cannot easily apply in person.

I find this outrageous and I hope this angers enough people to the point that there is a large outcry to change this application process to ensure those most deserving are selected as opposed to ones best able to stand in line.This is already a program ripe with fraud and abuse so it is essential to make sure those in Macon are truly deserving.

Lonnie Miley who heads the EOC said “It’s so disrespectful to people. We’re trying to serve our senior citizens first”

To that I would respectfully say bullshit. If Miley and the EOC were truly concerned about the elderly, infirmed, and the ones most desperately in need there would be no standing in line process period. Instead there would be an application process that could take place by phone or by mailing, faxing, or submitting copies of the forms digitally by e-mail or a website. The ones most desperately in need will not be able to stand in line!

To qualify for the LIHEAP program, applicants must have a yearly household income less than or equal to 60% of the state median income, as defined by the US Department of Health and Human Services. They take the first 200 applicants in line and the line can start up to two days prior which means the oldest, sickest, and poorest have no chance.

Local ABC news WGXA TV reported on a perfect example of someone desperately in need of heating assistance but thanks to the Hunger Games like atmosphere that Lonnie Miley has chosen to use, this couple  will be likely be left out in the cold metaphorically and literally. They interviewed a lady who is bedridden and had her feet amputated from diabetes. Her husband also has health issues of his own and it would present an extreme difficulty for him to wait in line or even to go to St Paul’s church. It would not only be expensive to gain transportation there, but his wife would have to be left alone and he is not in shape to stand in line for hours or possibly days to get the heating assistance. He is blind in one eye and would need to pay for a taxi both ways.

It is important to note that St. Paul AME church is not a centralized location easily accessible to most of the population of Bibb county. It on Shurling Dr in the North East quadrant of the county without any bus route. This begs the question why was this place ever chosen in the first place?

I also personally know a 90 year old man that easily meets all the qualifications and could desperately use that heating assistance money as he he is barely scraping by. This man has a hard time even walking to the kitchen by himself. I would love to hear Lonnie Miley explain to this man how the EOC expects this 90 year old man to stand in line even 5 minutes let alone a few hours.

If Lonnie Miley and the EOC want to help the most needy in Bibb county then they need to completely do away with standing in line at a church in East Macon. Instead they need to allow a system where individuals can apply through a website that would allow you to scan and upload documents. They should also provide a paper application that can be completed and mailed along with photocopies of the forms along with an option to fax as well. Start the application process around two months before to allow people enough time to make sure everything has been received. Then choose the recipients based on actual need!

What a radical thought. This Hunger Games mentality of the current EOC has to stop as it is encouraging the gamers to profit and not the neediest. By gamers I mean the ones who know about every single assistance program whether local, state, federal, or private charities and abuse the system by using all these services even if they are young, healthy and able to work.

Last year Dave Oedel attended this EOC application. Here is what he observed.

I found the lot jammed with cars, and was immediately impressed by the large number of fine vehicles on hand for the funding frenzy: Accord V-6, Avalon, Avenger, Cadillac, Lexus, Lincoln Town Car, Ram Hemi, and on and on — many of them late-model editions. Apparently some applicants for heating assistance are already themselves rather successful at “coordinating available resources.”

A uniformed Macon police officer immediately approached me as I was writing down that list of vehicle types, saying I was on private property and causing concern among car owners that I was recording their tags. I assured the officer and a few nervous, testy applicants for government checks, that I was not writing down tag numbers. That didn’t seem to help.

I politely suggested that this was a public event paid for by taxpayers, that I had as much right as the next person to be there, and that I wanted to see what it took to qualify. Yet the officer, buoyed by the little chorus of vocal antagonists, continued to insist that I had no right to be there.

Oedel is a law professor who is acutely aware of his rights and also wrote for the Telegraph so he persisted. The fact that the police were actually trying to block and harass a person simply for being there and observing is extremely concerning. How would a person without a law degree or a newspaper column had been treated by that cop I wonder? The obstinance from the police officer might be understandable given what Oedel observed and the policeman did not want reported.

Appearances can be deceiving, but this group, numbering about 150-200, didn’t look poverty stricken in comparison with many Maconites I know and see daily who are far more obviously, desperately poor. But those folks apparently didn’t have rides, fancy or not, to EOC’s event on Shurling, which, incredibly, wasn’t even on a bus line.

If EOC intends to break Macon’s cycle of poverty, it might rethink its approach of steering handouts to select, sophisticated “low income” elites like some last week who buzzed over to Shurling to stake claims.

Low income elites is a very apt term. Unlike the woman in the video or the 90 year old man that I know that desperately need the heating assistance but is too old and frail to apply, the Low Income Elites or LIE for short, are certainly benefiting from the current system.

Just in case there are legal reasons why applications can not be mailed in,  I would at least suggest they consider spreading the assistance to all parts of the county and not only in east Macon. Do they not think people in south and west Macon need help as well? How about a more central location(s) instead that has chairs and room for people to wait inside?

Miley said there is no reason why people should camp out under blankets or nap in cars with empty chairs holding their place. With extra funds during last year’s cold winter, the staff had to hit the streets looking for qualified applicants. That is strange since when I called last year to ask about aid for the 90 year old man they hung up the phone as soon as I said he was white and hung up on me a few more times when I called back. This brings up another issue. How many of the people receiving aid are white, Latino, or Asian. Certainly there are poor and elderly of other races also in desperate need of help. Are these people also being helped? Are a disproportionate number black and from also east Macon? How many people from other parts of Bibb county are also being helped?

I do not think Lonney Miley is necessarily a bad person and I think he is acutely aware of the deficiencies in the current program. Nor am I saying he is a good person either because I do not know the man. But what  I certainly would argue is that he is not a good administrator of the program as it now stands. I also find this application process unfair and reprehensible since it is designed to be burdensome to those most in need of help.

Miley made the following comment to a Macon telegraph reporter “Ironically, the people who go to work everyday often need more help and you have people living on the system.”

But until Miley, as the head of the EOC, changes the application process to prioritize the people who are homebound, elderly, and truly poor instead of those simply able to stand in lines nothing will change. He is the one complaining of deficiencies and also the one with the power to improve the application process. Ultimately he is criticizing himself but seems oblivious to that fact.

He also needs to make sure the recipients represent all parts of the county and more than one ethnicity. As the leader of the EOC he has to take responsibility for this fiasco and make the necessary changes to ensure the neediest and most deserving receive the help and not the professional line standers he himself described. These are the very same ones  likely to be in line on Black Friday for a TV. So Mr. Miley I agree with you that your system is broken. So fix it or fire yourself and let someone else take over!

Hundreds line up in east Macon for heating assistance

Heating Assistance Signup To Be Held In Bibb County Thursday