Google Fiber Expansion to Metro Atlanta: How About Macon? 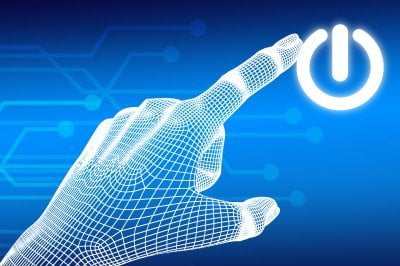 Having lived in Japan and used fiber internet I can tell you it is very nice to have. It is not unlike the switch I made from using old dial up modems to ADSL. You don’t realize that cable internet is slow until you use and get used to gigabit fiber. Today Google announced they are bringing gigabit speed to nine cities: Atlanta, Smyrna, Sandy Springs, Brookhaven, Decatur, Avondale Estates, Hapeville, East Point, and College Park. Now that is not all of metro Atlanta by a long stretch but it is a big chunk.

Google has been testing the waters around the country. You can see their current Fiber cities here. There aren’t many at the moment. If you are wondering why Fiber or Gigabit internet is a big deal consider the following reasons. Fiber Optic network enables upload and download speeds 200 times faster than the current national average, and 10 times faster than the FCC’s National Broadband Plan. Major corporations, technology firms and call centers are attracted to cities that offer affordable and fast fiber networks. But it also helps to attract smaller businesses and can increase productivity among existing companies. Not to mention the additional benefits it can provide to schools, hospitals, and so many other types of organizations that would benefit. I imagine Mercer and other colleges would also be beyond thrilled and it would attract students. Ask any Mercer student about current Wifi speeds and be prepared to hear some expletives.

But Google is not the only game in town and one city not all that far away have taken a far more interesting route by doing it themselves and at prices for consumers far cheaper than Google.

Verizon and AT&T and a few more are expanding fiber besides just Google. But overall the U.S. is really far behind many other countries when it comes to fiber. The U.S. has no national internet policy.  But I found the most appealing example not too far from the Georgia border in Chattanooga, TN. In 1969, Walter Cronkite famously reported the Environmental Protection Agency’s news that Chattanooga, Tenn., was the “dirtiest city in America.” Boy did Chattanooga ever clean up their act! They addressed the pollution and now lead the country with internet speeds. This city of 167,000 added a $120 million waterfront to make it extremely attractive and livable and is now a tech hub thanks to good leadership. Talk about an ugly ducking turning into a beautiful swan. That goes to show what competent leadership and a supportive public can accomplish.

The power board initially installed the fiber lines as an energy savings tool, so power outages could be restored faster, in seconds instead of days. But the $300 million investment paid off in unanticipated ways, when Internet service was rolled on top of it. So in addition to faster internet they also have a much more modernized power grid.

Since the gigabit fiber service was launched, entrepreneurs all over the country and even world have arrived. They brought  with them over $400 million in investment money and over 6,000 new jobs. Those figures are also from late 2103 and do not include more money and jobs in 2014. I could not find that data.

Chattanooga managed to completely transform and reinvent themselves. The metro area has a population of around 500,000 which is not too far in size from the  Macon/Warner Robins metro population. Imagine what Macon could be like if we had some leaders like the ones up there in Chattanooga that understand what a real waterfront and fiber can do to a city. They invested wisely in their futures and did not squander it with boondoggles. Our leaders are simply expanding a few roads and wasting money on a museum that will never draw enough visitors to ever support itself. For as long as I can remember Macon has talked about a waterfront but it has never been done. The park is nice but we need much more than that with shops, restaurants, entertainment like so many other cities have done and is a working formula.

Come on Macon leaders. Bring affordable fiber to our city and stop wasting our money on projects that won’t amount to a hill of beans. The definition of insanity is repeating the same mistakes over and over and expecting new results. Bring us fiber internet and bring us a real waterfront not a hotel and parking deck. You only need to visit Augusta, Columbus, or Savannah right here in Georgia to understand what Macon needs. Fiber internet would be a boon for jobs and investment. We need this done yesterday!