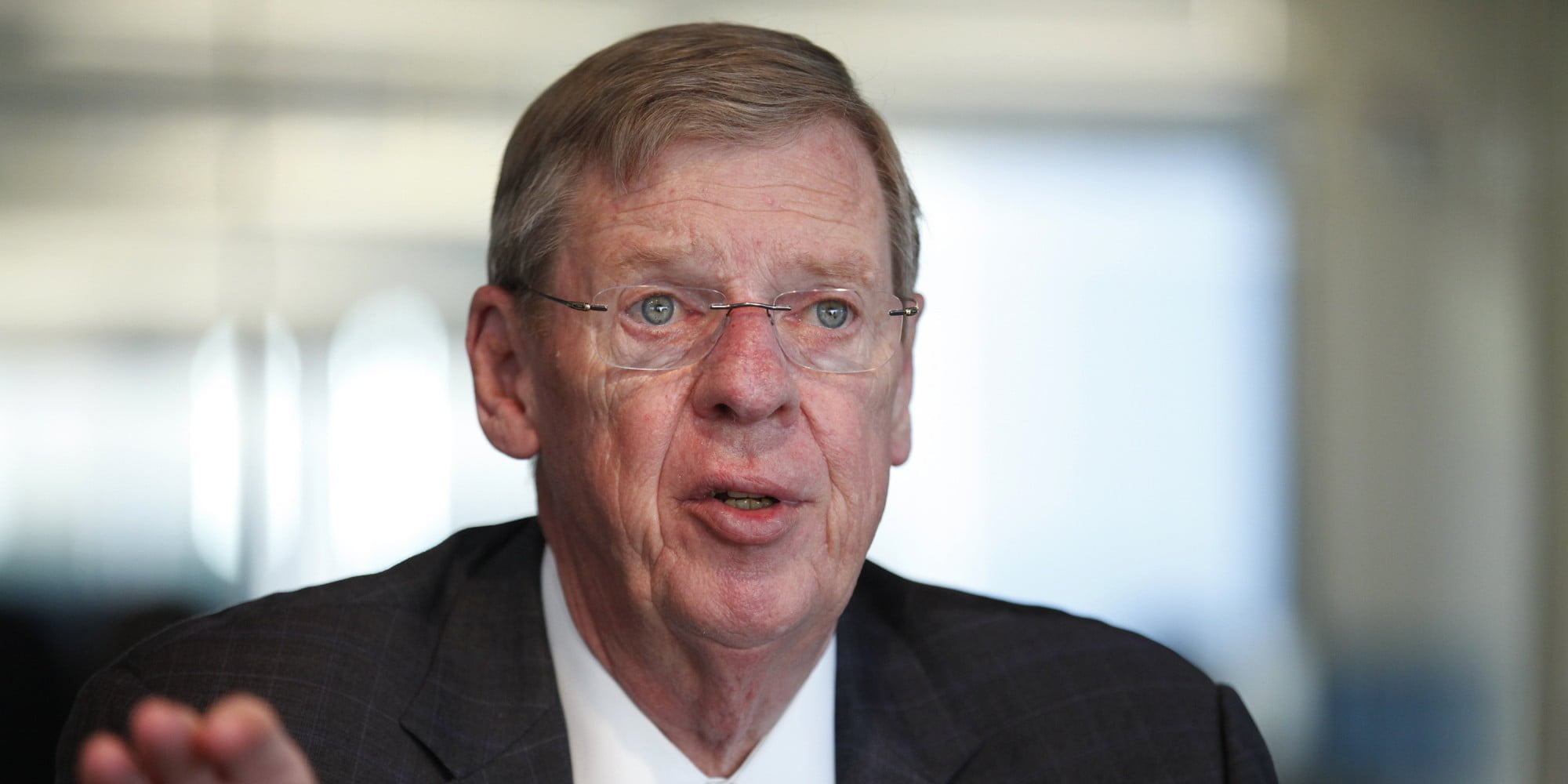 Georgia U.S. Senator Johnny Isakson refuses to participate in the only statewide televised debate with his Republican challengers. Why? He says it is because he does not approve of the past of one of his opponents….” Really?

We do wonder just how sick Senator Isakson is from his Parkinson’s disease, a progressive disease of the nervous system for which there is no known cure or treatment for the reversal of symptons. A six year term is a long time and so perhaps there is some substance to the claim of challenger Derrick Grayson that Isakson and Governor Deal are planning for Isakson to step down during his next term so that the Governor can appoint either himself or another Republican lackey as the new United States senator from Georgia without it going by the voters until the following election. That Isakson will not appear because of Grayson’s past, a cocaine drug possession, not dealing, conviction of 25 years ago for which he served his time and earned a pardon, sounds more than a bit fishy and self-serving.

Could signs of Senator Isakson’s illness already be showing or becoming more pronounced in stressful situations, and surely a TV debate would be stressful? “Once the diagnosis of Parkinson’s disease is established, stress remains a common cause of worsening symptoms.” This is a quote from an article, “Anxiety and Stress in Parkinson’s Disease,” from The Parkinson Institute. Look up “stress and Parkinson’s Disease” for yourself online, and all of the reports agree that stress and Parkinson’s “do not play well together.” (https://www.google.com/search…)

We are sorry for the Senator’s illness, but we are talking about our representative in the United States Senate for the next 6 years. To do a good job as a U.S. Senator, we would think would involve daily and frequently heavy stress, and we suggest that according to all medical authorities Senator Isakson’s condition can only worsen during another term in office, perhaps to the degree that he could not finish out his term. We think that Isakson should “man up” and show us how he would perform in a live debate, or withdraw from the race citing the very understandable reason of oncoming Parkinson’s disease. Again, we are sympathic to Senator Isakson’s condition, but selecting a U.S. Senator for a six year term is a serious matter and should be treated as such. The situation does not warrant an endorsement term for Senator Isakson.

This is Homer Scarborough for Georgia News Online.