Dallemand Lawsuit only Possible Thanks to Board Allies 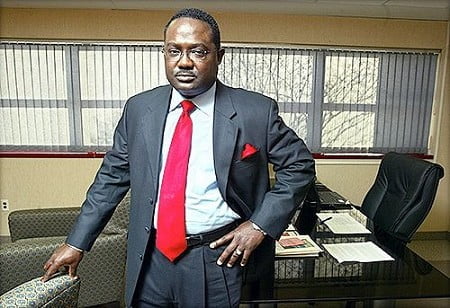 Three current Bibb Board of Education members were signatories on Dallemand’s renewal contract for three additional  years back in late 2012. They did so even though it was well-known at the time he planned to quit soon after. The local media ran a story before his contract was renewed that there were numerous reports Dallemand was quitting right before he renewed his contract. Dallemand gave a T.V. interview vigorously denying these rumors and said he planned to stay for many more years and was happy in Bibb county. A few weeks later after his overly generous renewal contract was signed he quit.

On February 25,2013 Dallemand quit and was paid a generous golden parachute. You do the math. Someone was lying and it isn’t hard to figure out what the real plan was all along. They wanted to renew his contract with terms so onerous to the school district that when he actually quit shortly after the new BOE that were sworn in January 2013 they would be forced to pay Dallemand his generous blood money. The renewal contract had them over a barrel which was the real motive for the last minute renewal push before Tommy Barnes and Susan Middleton left office and Downey and Miller were sworn in.

Three of the BOE5 are still on the BOE and have yet to apologize or acknowledge the part they played.These members are: Wanda West, Tom Hudson, and Ella Carter. Tommy Barnes and Susan Middleton were the remaining two of the BOE5 cabal no longer on the board  that renewed his contract only a few months before he quit even though they knew at the time he planned to quit very soon after. What is even worse are the terms of his renewal which laid the groundwork for that sweet severance deal a few weeks later. They signed a renewal contract not in the best interest of the Bibb school district, but a contract extremely favorable to Romain Dallemand.

This group of five renewed his contract with the explicit knowledge and understanding that by doing so they would tie the hands of the newly elected members that included Lester Miller, Jason Downey, and Thelma Dillard and force them to pay him an outrageous severance soon after. Both Miller and Downey requested to be seated in the contract renewal meetings in late 2012 as observers but were refused.

The takeaway here is that there was no rush to renew his contract in late 2012. The old BOE that included the BOE5 could and SHOULD have allowed the new BOE that took office in early 2013 to decide what to do with his contract. This was the board after all that would have to be dealing with him. But instead, in one last desperate salvo the old 2012 board decided to torpedo the school district while they still had a supermajority of five votes. They knew that once Downey and Miller were sworn in it would become a 4 vs. 4 tie and they would not be able to get their way any longer. What did Dallemand have over the BOE5 to force them to renew his contract with such generous terms when they knew he would soon quit?

Dallemand may be gone, but many of his allies are still all around. His preposterous lawsuit won’t amount to anything, but the Bibb County School District stands a far better chance to move forward once West, Carter, and Hudson no longer are seated on the BOE. This $10 Million lawsuit is only possible thanks to language the 2012 BOE insisted be included which was not in the best interest of Bibb County.

I would also be remiss if I didn’t point out that Tommy Barnes who was the chair of the 2012 BOE responsible for pushing for Dallemand’s renewal is rumored to have played a key role in the February 2013 severance agreement even though he was no longer on the BOE. That is if rumors are to be believed. I have received several tips with very believable stories that he was fully aware of Dallemand’s intentions to quit and was shuffling between various prominent people in town to push for an agreement. I must stress that these tips are unsubstantiated. I do not have any video of Barnes scurrying back and forth between the players in the weeks before the severance agreement.

The BOE had ample excuse to fire Dallemand with cause. If he wanted to quit, then fine…let him quit and send him on his way but he had no right to a golden parachute of $350,000 as a reward for quitting. The BOE5 did not act with the best interest of the Bibb county school district when they hired Dallemand, nor did they act with good intentions when they renewed his contract with those terms, and yet again when certain members thought it smarter to pay him a bribe of $350,000 and include language in the agreement making this lawsuit possible.

I strongly urge Wanda West, Ella Carter, and Tom Hudson to resign immediately given they have proven incapable of acting in the best interest of the Bibb County school district. They have not admitted their error or apologized which means they have not learned any lesson. This level of arrogance and denying their responsibility ensures they are incompetent and unable to fulfill their duties as Board of Education members.

I just happened upon this video produced by 41 NBC news that covers the tenure of Romain Dallemand. Although it is impossible to list all his numerous failures in his short stay here, they did a good job of hitting the highlights.