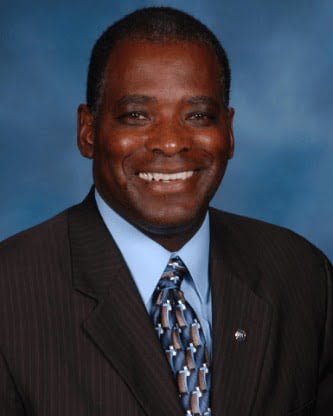 It has been nearly two years since Dallemand turned tail and ran in disgrace. Everyone is thankful that he is gone but we might finally have some good news.  Today we learned that Bibb county finally found their way out of the desert and hired a new superintendent. His name is Dr. Curtis Jones Jr.

Dr. Curtis L. Jones Jr. was named Superintendent of the Griffin-Spalding County Schools on June 2, 2009, by a unanimous vote of the board of education. He took the oath of office on June 16. He brings a wealth of leadership experience from the educational and military fields and has been deeply involved in the school system’s progress since returning to Griffin in 1997.

Dr. Jones, a graduate of Griffin High School (1973) and the United States Military Academy (1977), served as the Assistant Superintendent for Administrative Services for the Griffin-Spalding County School System from 2005 until his appointment as superintendent. He was the principal at Griffin High School from 2001 to 2005 after serving as the school’s JROTC instructor from 1997 to 2001. He was an officer in the U.S. Army from 1977 to 1997, retiring at the rank of Lieutenant Colonel.

Dr. Jones holds a Master of Business Administration degree from Albany State College, a Specialist degree in Educational Leadership from Lincoln Memorial University and a Doctoral degree in Educational Leadership from Nova Southeastern University. Additionally, he has completed the Army’s Command and General Staff School (CGSS), Lastly, Dr. Jones previously held the Certified Financial Planner (CFP) designation, which is a professional certification mark for financial planners conferred by the Certified Financial Planner Board of Standards, Inc. (CFP Board) in the United States,

Dr. Jones has served as Chairperson of the Kiwanis Club of Griffin K-Kids program, as well as working as the club’s lieutenant governor in 2009. In 2009, he received the Kiwanis International Foundation George F. Hixson Fellowship. He is a District G Past President of the Georgia Association of Secondary Schools Principals. On August 15, 2009, he was presented the Lamp of Knowledge Achievers’ Award by the Kelsey School Properties.

A member of the Trinity Christian Methodist Episcopal Church, Dr. Jones is on the church’s Board of Trustees and its Steward Board, as well as serving as its Lay Leader Chairman since 1997. From  2006 until 2009, he was the Coordinator of the CME’s Ministry to Men for the Central Georgia Region.

His wife, the former Evelyn Kendall of Griffin, Georgia, graduated from Manhattanville College in New York and has a Master’s degree from Columbus College and a Specialist degree from  Lincoln Memorial University. She is a career educator and is the principal at Anne Street Elementary School. They have three children, all of whom are Griffin High School graduates. Curtison is in business in Athens, Georgia; Jaimon is a high school teacher in Walton County (Georgia); and Leah, who is a student at the University of Virginia’s Medical School.

A New Start for Bibb County

Dr. Jones has a very impressive résumé and I think the Board of Education made a very smart choice. Admission into West Point is no easy feat and is actually far harder to be accepted than even Harvard or Stanford. I also like the fact that he holds an M.B.A. which is very useful since much of the job of a superintendent has to do with ever-shrinking budgets and finance. I expect he will be far more frugal and careful with our limited funds than Dallemand who wasted $52 million. In fact he will have little choice since we will be feeling the loss of that $52 million for a long time to come.

I especially liked the fact that Spalding County is sad to see him go as opposed to Rochester, MN who were elated to see Dallemand leave. I am hopeful and excited at the prospect of a professional educator with degrees from legitimate universities is about to take the helm. Bibb County has experienced some rocky time these last few years. We have some great teachers, students, and facilities but the Board of Education and both Dallemand and Patterson before him have weakened morale and the system as a whole. A new dawn is upon us and I imagine there is a great sigh of relief at the prospect that an intelligent and competent professional educator has been hired as the new permanent superintendent.

I may not be the first to welcome Dr. Jones to his new position but I also hope I am not the last. We all need to get behind him and offer our full support and give him a real chance to do his job. I doubt he will come to town with Chinese acrobats or use the terms “Miracle”. As a fellow pedagogue I am sure he understands there are no miracles in education. It is a grinding and grueling profession with numerous battles fought every day. It is a war that never ends and teachers need support not ridicule or a bully. Every year you get a whole new group of students and some are eager to learn and some aren’t. Any teacher can teach to the ones that want to learn, but the exceptional teachers are the ones who teach to the ones that don’t want to be there. These teachers need support and encouragement.

There are a lot of exceptional teachers in Bibb that have been waiting for an ally instead of an adversary as superintendent. I believe their prayers might have just been answered. Welcome Dr. Jones and thank you Board of Education on selecting someone that appears to be exceptionally well-qualified. I wish you the best of luck in your new position Dr. Jones.

I still hold the same view I have always held that all promotions should come from within the system if at all possible, but he appears to be a great choice. I hope all other administrative positions are filled from within like Houston County have done with success. Bibb also needs to recruit more teachers from other careers as they have shown a strong bias against hiring career professionals or people who may be excellent teachers but simply lack certification which they can attain more easily within a year if given a chance. In fact many of the STAR teachers in the state are people with degrees in other fields who decided to become a teacher mid-career.