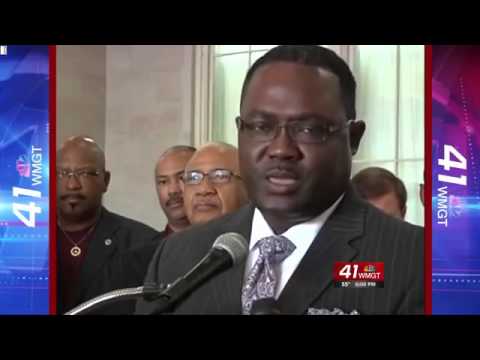 On October 9th, 2014, a date which will live in infamy, the Professional Standards Commission revoked the teaching credentials of not only former Bibb County School Superintendent Romain Dallemand, but also that of former director of technology Thomas Tourand.  Anyone who hasn’t lived under a rock in Middle Georgia can tell you, I told you so.  I won’t rehash all of the things that The 11th Hour has allowed me to print over the past several years or that I have published myself on WeArePolitics about these two scoundrels, but suffice it to say I am thrilled at these decisions and so should the many, many victims of the Dallemand Era who either retired early or just flat left because they knew what a train wreck Dallemand was and what he was capable of doing to this district.  Further in Tourand’s case, in my opinion, he was only hired because he was previously a stooge of Jack Ellis, and would do completely what Dallemand directed him to do.  (Remember that Kimberlyn Carter, a former BOE employee, was Jack Ellis’ Campaign Manager.)  Yes…Vindication feels fantastic, but it will never repair the damage already done to our schools and to the tax payers’ wallets.

Kudos should also go to The Macon Telegraph for staying with this story, as well as the further investigation that it has reported on that the PSC will be undertaking regarding a sexual harassment allegation brought on by former Bibb BOE employee Alisha Allen-Carter against Papa Doc Dallemand.  The only problem that The Telegraph has is its’ editorial editor Charles Richardson, who was a steadfast Dallemand defender, mainly because of the gigantic conflict of interest between him, his wife and the BOE, as Mrs. Richardson as you remember, was hired with a very nice salary to be one of the Welcome Center minions, most of whom who have now been either demoted to salaries commiserate to their experience or just completely fired.   Dallemand hired most of these folks and paid their huge salaries mainly through Title I funds, a trick he learned up in Rochester while Superintendent in the frozen north.  (I’ve been told through confidential sources that the Rochester school system Title schools are currently going through an audit going back about five years to see how some employees were hired.  ‘Mucking with the G’ is what got Al Capone too, let us not forget.  Something tells me Dallemands’ nine lives are about to run out.)

I sincerely hope that this is not the end of this story and that sources that I have are correct in saying that there is much more to come.  In my opinion, there should not only be a criminal investigation into Dallemand and everything he did while serving himself as our Superintendent, but there should also be an investigation into the legal firm and the outside counsel who represented the school system during all of the upheaval.  (Don’t forget it was the outside counsel who oversaw the Ballard-Hudson disaster that almost cost BOE Chief Financial Officer Ron Collier his career when he refused to write an illegal check for Dallemand.)  Further, if an investigation is done, the actual bidding process of how Jones Cork, the former outside counsel for the BOE, was replaced should be completely scrutinized.  Something just doesn’t and hasn’t smelled right about how that was handled.

Lastly, I hope they extradite Dallemand and hold him accountable for his crimes and what he did to Bibb County.  There will always be his defenders, who will cry racism and say that people like me are only out to get him because he is black.  The reason I’m against and have been against the ‘Defrocked, Departed Despot of Port-au-Prince’ is because he is a crook, regardless of his skin color.

One thought on “Dallemand Defrocked”