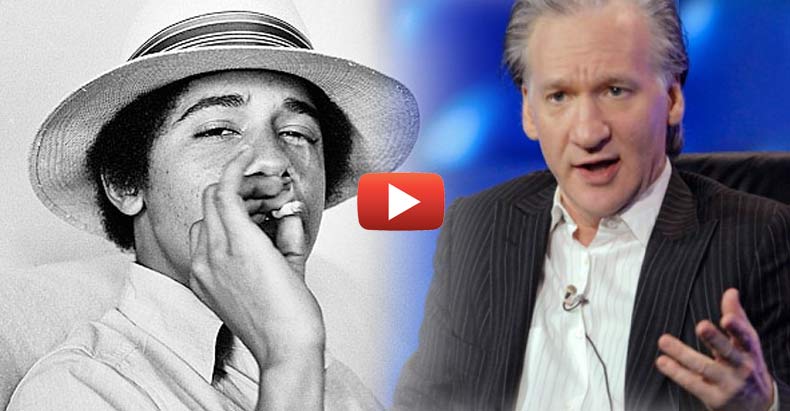 If you’ve ever watched Bill Maher, you know that he’s nothing short of controversial. He’s known for his strict liberal views and staunch support for the current administration.

Here at the Free Thought Project we understand that two party system is little more than a boxing match in which both fighters are owned by Don King. That being said, there is much more ground to disagree on with Bill Maher than there is to agree. However, in order to incite peaceful change, we give credit where credit is due.

During last week’s show, Maher gave a powerful monologue, both humorous and infuriating.

Maher called out the hypocrisy of the statist regime’s immoral and sickening war on drugs. He pointed out how so many politicians laughingly admit to having smoked marijuana, while at the same time continuing policies that lead to the kidnapping, caging, and killing of people for the exact same thing.

Maher points out that 700,000 people are arrested for marijuana each year. He called attention to the blood-boiling actions of Jeb Bush, who admitted to not only smoking weed in college, but dealing it.

Jeb, now governor of Florida, helped that state in achieving some of the most brutal punishments in the US for drug offenses; except for his daughter, when she was busted for crack in 2002.

At the end of his monologue, Maher made an appeal to President Obama. He said that Obama should not only end the war on drugs now, but pardon all non-violent drug offenders.

“Obama should acknowledge that putting people in jail for non-violent drug offenses is a giant mistake in the first place. And he should use the power of the presidential pardon, and free them all,” Maher said.

On this issue, the Free Thought Project could not agree more with Maher, and we applaud his outspokenness on this matter. While we won’t be holding our breath waiting for Obama to end the drug war, two bills were introduced on Friday, February 20, in Congress, that could do just that.

At any one time, 59,300 prisoners charged with or convicted of violating marijuana laws are behind bars. Of those, 17,000 are behind bars for possession ONLY, not trafficking. Enforcing marijuana laws costs an estimated $10-15 billion in direct costs alone. Not to mention the sustained costs of incarceration of the individual who has done nothing to harm anyone. It is estimated that the money spent enforcing useless marijuana laws is double what we spend on education in this country.

It is time to end this ridiculous, murderous, and outright criminal “War” on Drugs. To quote comedian and activist Joe Rogan, “Prison is for Rapists, Thieves and Murderers! If you lock someone up for smoking a Plant that makes them happy, You’re the fucking Criminal!”