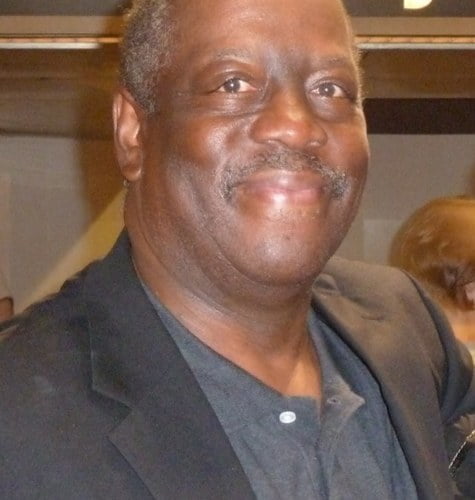 Charles Richardson, the opinion editor at the Macon Telegraph, certainly has a bee in his bonnet when it comes to the Board of Education. Not the entire BOE though, just a select few of who he considers to be his enemies. In fact, Mr. Richardson used to sing the praises of the BOE when it was headed by Tommy Barnes and Romain Dallemand was still the superintendent. Even now he never has a negative word to say about the three leftover Dallemand puppets that consists of Hudson, Carter, or West. But it is open season for those who were not Dallemand acolytes.

It would appear his new-found animosity only occurred once the makeup of the BOE changed and Dallemand was no longer at the helm. When Dallemand left, Charles encouraged all of Bibb to just move forward and forget about the past. The problem with that way of thinking is that you are then destined to repeat the mistakes of the past. I certainly understand his desire for people in Bibb to simply put Dallemand’s disastrous tenure out of our collective minds since Richardson was such an ardent supporter and facilitator.

A good rebuttal to Richardson’s video can be found here by an attorney that understand the law far better than Richarson. It also bears mentioning that this attorney/columnist named David Oedel was fired by Richardson from the Telegraph because he failed to share the same admiration for the dearly departed Great Leader.

In Richardson’s latest fusillade entitled  “New handbook is not going to cut it” he proceeds to take the BOE to task over their tardiness in coming up with a new handbook. The Board of Education has until the beginning of May. They imposed a deadline on themselves of early April to make sure it was done on time.

What seems to have Charles so riled is the fact that the Jason Downey used a phrase “We don’t have to reinvent the wheel” in reference to using a manual from the Dekalb school system. Richardson warns “the days of reckoning will arrive in May”. Here is where he loses me with some serious intellectual dishonesty.

“The governance handbook, no matter where it comes from, will not convince AdvancED that the board has changed its ways. And manual or no manual, board members go through madatory training to learn what a member can or cannot do. Just as an aside, admitting in a public meeting that you’re going to essentially plagiarize another system’s product is not a good idea. Board member Jason Downey said, “AdvancED loves it. It obviously works. There’s no reason it can’t work for us, but not every system’s the same. So we need input from all of you. … We want to make sure this is specific to us.” The last caveat is important. Something that should have been worked on during the past two years has come down to a two-month sprint. They want the manual finished by April 1. Good luck with that.”

On the one hand he is complaining that the BOE didn’t create or choose a manual on his timeline. But now that they have announced they have chosen one and will have it ready a month in advance of the deadline, he switches gears and says that no matter what manual they use they will still not follow it.

Make up your mind Charles because you are arguing for two diametrically opposed positions all in the space of one paragraph. You can’t have it both ways because your arguments seems to suggest that even if they had chosen a manual months ago it would have been an exercise in futility since in your estimation they would not have followed it anyways. You seem to create a situation where it is impossible for the BOE to make you happy since they are damned if they do and damned if they don’t.

I especially loved the fact that he actually mentioned the word “plagiarize”. I am not really sure if he understands what that word  means. These type of manuals are not the type of work that would fall under plagiarism or even copyright infringement. If anything I would imagine the BOE in Austin, TX that created the original manual would be pleased as punch to know their manual had been thought of so highly that other school districts around the country had chosen to adopt it. They do not publish these manuals for commercial purposes or for vainglory. You won’t see a school manual on Amazon or NYT bestseller list anytime soon.

Another reason I found his choice of the word plagiarize rich is the Macon Telegraph’s editorial section has a very bad habit of “borrowing” other editorials from the McClatchy group of papers and changing the title and not giving any attribution to the original source or author. That seems to be a far greater abuse since they purposefully have altered the title and removed the name of the author. I have discovered this multiple times in the past and am sure it will happen again. I even checked other McClatchy papers to make sure this was not a widespread company policy. Others papers kept the original title, author’s name, and included an attribution to the Fresno Bee newspaper so this had to be a decision by Richardson to try and pass these syndicated columns off as local work. In fact it seems the Fresno paper is a good source of inspiration for a lot of his articles.

Another bad habit is when Charles writes these stinging editorials unsigned as if there is an actual editorial board at the Telegraph and they wrote this as a group. There isn’t. He does this simply to give his opinions more weight and a bit of cover from the fallout. He can’t hide behind  signing his work as an editorial or using the word “We” instead of I. We know it is you Charles so cut the crap.

Here is a hint how you can tell if a local editorial is actually being syndicated without the proper attribution to the Fresno Bee or other McClatchy papers. If it talks about a subject besides criticizing the Bibb BOE or his other standbys which are trips down memory lane or clichéd parental observations it is probably from another paper. But by far the easiest way to tell is when an editorial appears to be written by a professional and not amateur writer prone to intellectual dishonesty and lacking any real focus or clarity.  That is the dead giveaway that your are reading an original Richardson Rant and not something plagiarized without attribution.

Charles goes on to say “And they also will know that the Welcome Center, one of the bright spots in the report two years ago, has been completely dismantled.” I am not sure too many in Bibb wax so nostalgic while recalling the Welcome Center. Perhaps his fondness of this boondoggle had more to do with the fact that his wife worked there and was paid a far higher salary while there to do very little work.

The Welcome Center never made any sense. For people in South Bibb for example that was a very long drive and several parents told me a nightmarish experience. Once registrations were completed the Welcome Center struggled to find a raison d’être for the remainder of the year. There were reports of long lines and rude staff. Many people that had waited for hours were sent away and told to come back.

A far simpler and more economically feasible policy would be to have a virtual Welcome Center. Simply allow parents an option to fill out forms directly or download and fill out forms on a secure website in addition to offering registrations at schools.  Most people have scanners and could sign forms and as long as it a secure site would not have a problem with uploading the attachments. Virtual signatures are also an option. For others without a scanner they could print and mail it in. I understand that parents would also likely need to visit in person at the school as well, but at least all the tedious paperwork could be done from home saving time for the parents and for school personnel.

This is not dissimilar to new patient registrations by medical clinics where you are allowed to fill out all those pages of paperwork at home instead of doing it on your first visit in the waiting room. Other school systems are already doing this and have done so for a long while.

This was not the only attack Richardson has launched against the BOE, and when I say BOE I actually just mean a few of them. Specifically Charles seems to have a special hatred for Lester Miller and Jason Downey. Not once have I ever heard Charles Richardson specifically call out Wanda West, Tom Hudson, or Ella Carter the way he does to Miller and Downey. In fact, even though this had nothing at all to do with his editorial he just couldn’t resist throwing in this barb at Miller “They know board member Lester Miller interfered with an investigation that involved stolen money at a school in his district.” It amazes me that Charles is able to penetrate the mind of AdvanceED and decipher not only what they know but how they process that information. Watch out Amazing Crispin, we have a true psychic in Macon, Ga.

Richardson closes out his embarrassing “editorial” with a guess that the Bibb school system will be given a grade of incomplete by AdvanceEd. To that I would ask where were Richardson’s psychic abilities when Dallemand was raping the school system of $52 million? For someone that fashions himself to be such an education expert he sure seems to get it wrong on a very consistent basis.

Do yourself a favor Charles and never write another editorial about schools in Bibb county again. I assure you that you’re not making as compelling a case as you might think you are. Stick to being a second rate Dear Abby type columnist with your rehashed “Short-term thinking” multi-part series inspired from other editorials in California. Apparently that type of pablum seems to appeal to a certain segment of the public who enjoy reading truisms and common sense that reinforce their notions of society.

Maybe you should follow Jason Downey’s advice and not reinvent the wheel. You found your particular wheelhouse which is to say non-controversial fluff that essentially says young people are rude and we need better parents. Stick to that.

Perhaps the real reason that Charles is so angry is because he realizes that most people in Bibb realize he is an irrelevant windbag with a huge conflict of interest because his wife was hired by Dallemand to work at the Welcome Center. Nah.. it couldn’t be that simple…could it?

Edit. After I wrote this article Lester Miller posted a reply as a comment under the article. Since few people can view comments on the Telegraph website I decided to publish Mr. Miller’s comment on this website.