Sam Olens tries to silence opposition by having him disbarred 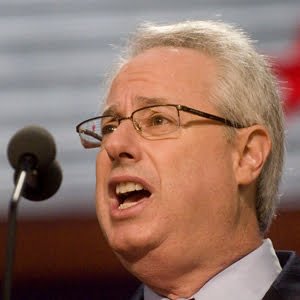 Georgia Attorney General Sam Olens conceded in pleadings filed in federal court that there was never any basis for his request to have a duly licensed attorney barred from practicing in Georgia or pursuing claims against the Attorney General.

Olens based the request for this extreme measure on alleged “abuse of the legal process.” This serious charge was based on the attorney supposedly filing the federal RICO action in defiance of two previous state court orders dismissing actions brought on the same set of facts.

However, in the July pleading the Attorney General neglected to mention that both of the state court dismissal orders Olens relied on had been reversed and vacated–and therefore had no legal effect whatsoever, and certainly did not bar the action from being moved from state to federal court, much less call for the lawyer to be barred from practice.

That move to federal court was made because the judge presiding over the state court action, Fulton State Court Judge Susan Edlein, after making several questionable rulings (including one reversed by the Georgia Court of Appeals) protecting Olens from having claims brought against him, was discovered to have significant undisclosed personal, political, and financial ties to Olens–whom she was protecting in her rulings. Edlein denied a subsequent motion to recuse herself, with the denial based on the supposed failure of the attorney to file the required supporting affidavit showing the timeliness of the motion. The public record reflects that the affidavit was, in fact, filed in a proper and timely manner in support of the motion to recuse.

The state court dismissal orders originally relied on by Olens to seek to have the attorney pursuing claims against Olens barred from the courts of this state–orders that were later reversed and vacated for lack of any legal basis–were both entered by Judge Edlein. Judge Edlein is now a co-defendant in the federal case for asserting false claims for money damages–that are explicitly barred by statute–against the attorney pursuing the claims against Olens, and for making misrepresentations to the Fulton Superior Court about her actions in defense of Olens.

Based on the highly questionable orders, entered by a judge with strong undisclosed ties to Olens–orders that were later reversed and vacated–Olens charged the attorney pursuing claims against Olens with improper conduct in “defiance” of these null and void orders.

The underlying court action arose out of a failed attempt by former UGA President Michael Adams and the Attorney General to revoke the tenure of a UGA professor who was a vocal critic of Adams, based on charges that were proven in a three-day evidentiary hearing to be knowingly false, based on perjured testimony, identity fraud, and manufactured evidence, and aided by the efforts of the Attorney General to conceal UGA records that contradicted the charges.

The next battle: the Attorney General today filed a motion to bar the deposition of UGA witnesses who will testify that the Attorney General advised them that they could give knowingly false testimony against the UGA professor, in the failed tenure revocation attempt, because they would be protected by sovereign immunity.

Is it any wonder the professors at Kennesaw State University have major concerns about a politico like Olens who has a penchant for petty vendettas being selected as president. If he abuses his power as Attorney General it is very likely he will do the same at Kennesaw if given the chance. I agree with the professors at Kennesaw State and strongly advise a legitimate national search be conducted for the next president. Sam Olens has proven on multiple occasions he was not up to par as an Attorney General and his tenure as a university president for which he has absolutely no training or expertise would likely prove to be disastrous.

Rule 11 notice letter, pointing out the AG’s misrepresentations to the federal court

Follow up letter on misrepresentations by the AG (since the AG never answered and the 21-day grace period has expired, the are now public documents that will be filed with a Motion for Rule 11 Sanctions Against the attorney General)

Motion for expedited discovery, seeking to depose state employees who will testify that the AG advised them they could lie and hide documents in the underlying litigation–because the AG advised them they would be protected by sovereign immunity for these illegal and dishonest acts (Olens has denied that any evidence of this exists, for purposes of obstructing an independent investigation of wrongdoing in his office, and if if this were proven to be a knowing misrepresentation it would be a felony)