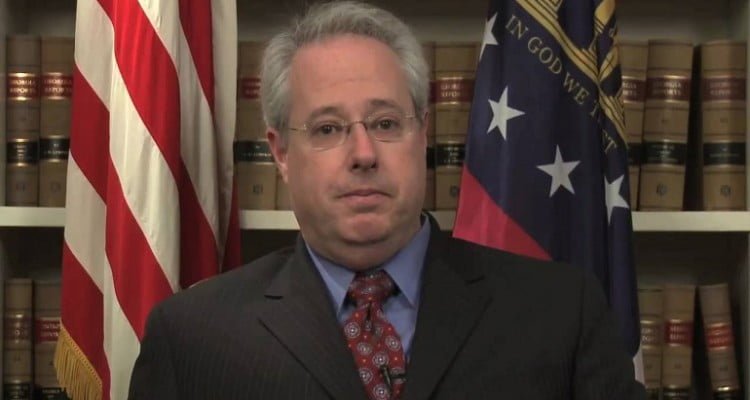 Georgia proves once again to be a backwater state controlled by the good ol’ boy network. As many have long speculated, we now have an utterly  unqualified Attorney General named Chris Carr and Kennesaw State University has an equally unqualified new president in the way of Sam Olens.

The students and faculty of KSU held some protests over Olens  pending appointment to no avail. Their concerns stemmed over him being  completely unqualified and also due to his homophobic views. It was my understanding that both state and federal law required a legitimate national search to avoid just this sort of good ol’ boy cronyism.

In fact the process of hiring a faculty member at KSU is far more rigorous than it was for selecting their new president. (See page 6 on link) Take a look at the rigorous selection process SUNY must follow to select a new university president by comparison. I don’t see how it was possible to meet the requirements of Equal Opportunity and Affirmative Action laws when the successor was hand-picked.

According to the American Association of University Professors.

Joint effort of a most critical kind must be taken when an name institution chooses a new president. The selection of a chief administrative officer should follow upon a cooperative search by the governing board and the faculty, taking into consideration the opinions of others who are appropriately interested.

Sam Olens was a complete failure as the Attorney General and will be just as inept for a job in which he has no expertise or training. Running a large university like KSU isn’t a job you want someone to take on with no prior experience. With the appointment of another crony hired (also with no national search) as chancellor of the USG,  the shuffle of underlings indebted to the real power brokers pulling the strings is now a fait accompli.

Here are ten reasons that may be behind this minion shuffle.

1) Olens is facing criminal obstruction of justice claims in two different civil RICO suits for making knowing misrepresentations to protect the Board of Regents from independent investigations. One case involves evidence tampering and perjury in a failed attempt to revoke the tenure of UGA Professor Dezso Bendedek. The other involves the knowing falsification of Georgia Perimeter College budget reports to former GPC President Anthony Tricoli–a felony the Attorney General admitted occurred–to disguise the illegal diversion of millions in taxpayer dollars.

2) One of Olens’ knowing misrepresentations is that there is no evidence to support claims of evidence tampering and perjury in the Benedek case. At the same time, Olens is opposing efforts to admit the sworn statements of UGA employees willing to testify under oath that the Attorney General’s office advised the witnesses called to testify against Benedek in the failed tenure revocation attempt that they could conceal UGA records, manufacture false evidence, and give knowingly false testimony under oath–because they would be protected by sovereign immunity.

3) In addition to falsely claiming there is no evidence to support Benedek’s allegations (while fighting to keep the witness statements out), Olens has branded Benedek’s counsel as “an outlandish conspiracy theorist” engaging in “attention-seeking gimmicks.” Olens went a step further, seeking a federal court order to bar the attorney from bringing claims against Olens–on grounds that Olens was forced to concede were false representations to the federal court.

4) Before that case was transferred to federal court–over the course of three years of litigation, in which the state court judge repeatedly barred claims against Olens–Olens and the state court judge both failed to disclose their close personal, political, and financial ties. Fulton State Court Judge Susan Edlein denied a motion to recuse herself from the case–on the false grounds, contradicted by the public record, that a supporting affidavit was not filed–and misrepresented her actions in defense of Olens to a Fulton Superior Court judge. One of Edlein’s orders barring Benedek’s claims vacated when she was reversed by the Georgia Court of Appeals, and Edlein vacated a second order protecting Olens after the initiation of a federal investigation of the Olens-Edlein connection.

6) In defending against Anthony Tricoli’s claims that GPC and University System of Georgia budget officials knowingly falsified reports to him, Olens has asserted the defense that President Tricoli should have personally checked the work papers of the accounting and audit staff tho ascertain that they were lying to him. The misrepresentations to Tricoli are admitted, since the USG and GPC budget staff were emailing each other about an imminent financial collapse at the same time they were making official reports of a “normal budget process” to Tricoli.

7) Olens accepted an after-the-fact report by the USG auditors blaming Tricoli for GPC’s budget crisis, despite the evidence that the budget reports to Tricoli were knowingly falsified. The USG also blamed Tricoli for $1.5 million a year in payments to an outside contractor that had been omitted from the budget reports and concealed from Tricoli. Olens accepted this USG report blaming Tricoli as conclusive that there was no need for further criminal investigation.

8) Olens also argued, in personal correspondence, that the USG report blaming Tricoli was thorough and conclusive–in order to deter an independent investigation of the GPC finances and payments to the off-budget consultants, who according to USG records would have had to work full-time 28 days a week in order to bill the amount they were paid.

9) In the more recent financial scandal at Kennesaw State University, findings of fraud and graft in the school’s dining services by reporter Randy Travis were quickly overshadowed by another report issued by the USG finding that KSU President Daniel Papp supposedly violated USG compensation policies. Papp was forced out, tarring him with the separate dining services scandal, even though all Papp’s supposedly improper compensation had been previously approved by the USG itself. Olens declined to have the Attorney General’s office investigate these matters at KSU.

10) So is Olens leaving the AG’s office, one step ahead of the RICO claims and ethics charges, to clean up KSU’s financial house, or–as happened at Georgia Perimeter College, with Olens’ support and defense–to make sure that no one ever knows the true extent of the financial wrongdoing or where the trail of misappropriated taxpayer money leads within the USG?