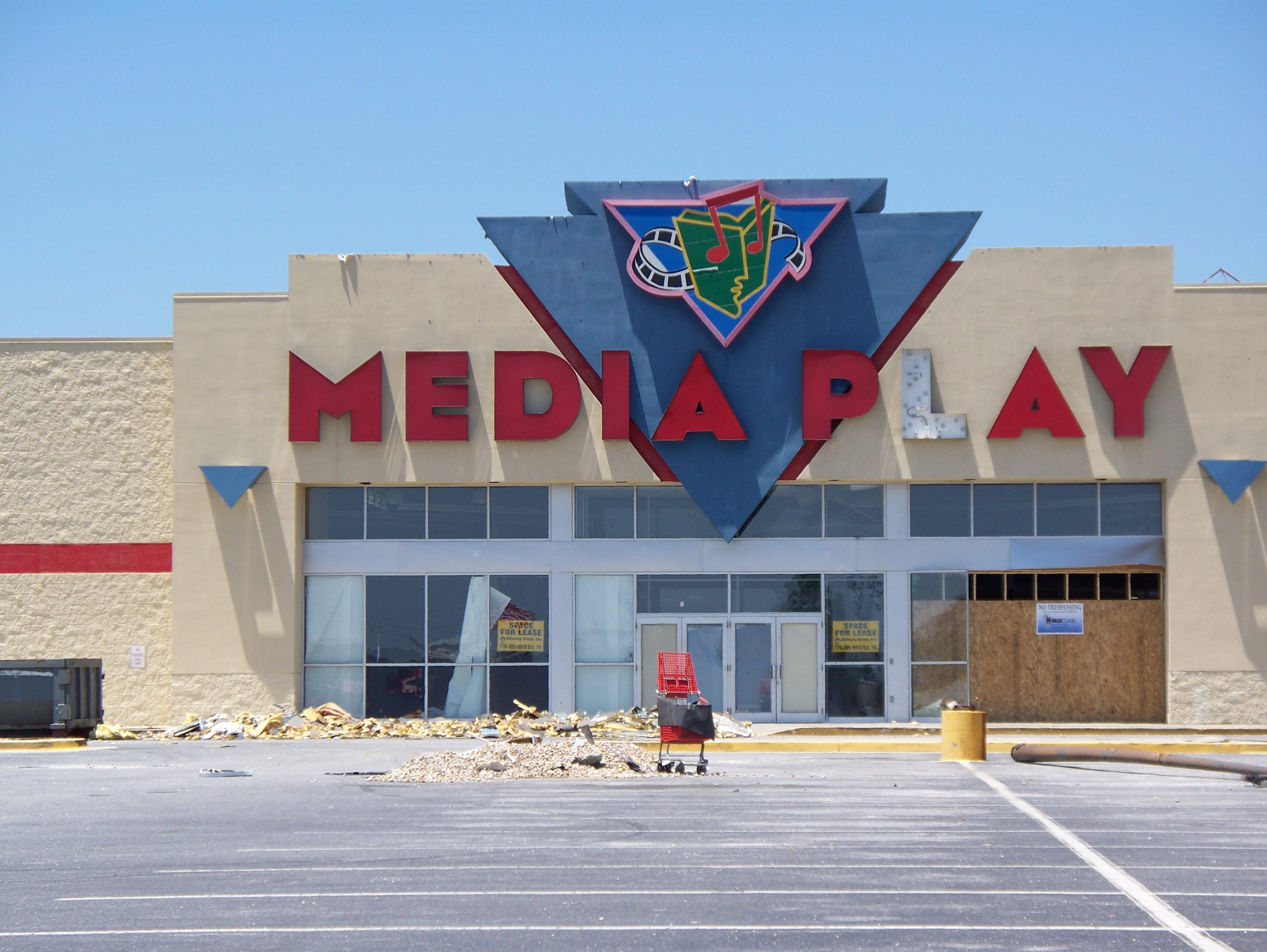 For anyone not familiar with the battle between residents in the Zebulon Rd. neighborhood in Macon, GA and a commercial developer called Blackwater I encourage you to scroll to the end of this story and watch either or both of the short news video clips which offers an explanation.

How absolutely ironic that the company forcing the residents along Zebulon Rd to go to court to try and protect the tranquility of their community is named Blackwater. The term Blackwater usually refers to liquid waste either caused by coal or human excrement.  Considering the likelihood that property values will drop from the increased noise, traffic, congestion, pollution and possibly increased crime; I am quite sure the residents do not find any humor in this rather ironic name and also feel abandoned by the very people that are supposed to foster sustainable growth and protect neighborhoods which is the P&Z board.

One can’t help but think of another company formerly called Blackwater when you hear that name. The company was renamed “Xe Services” in 2009, and “Academi” in 2011. The company was purchased in late 2010 by a group of private investors who changed the name to Academi. The company received widespread publicity in 2007, when a group of its employees shot at Iraqi civilians killing 17 and injuring 20 in Nisour Square, Baghdad. To the best of my knowledge Erik Prince still holds the trademark to the name which I assume this Alabama land based developer have worked out an understanding to use that name.

To be perfectly clear the Blackwater Resources company trying to build a YAUSM (Yet Another Ugly Strip Mall) on Zebulon is not the same Blackwater company that killed Iraqis and has no connection to sewage treatment, or coal production. But to consciously choose a name like that for your company in 2010 given the connection to sewage, pollution, and the more famous Blackwater company, that is a rather dumb decision. Blackwater Resources was founded in 2010 and the incident in Iraq was only three years prior to that name choice which begs the question of why anyone would ever choose that name given the freshness of their more famous namesake.

Bibb county has no shortage of areas for development and even more in desperate need of redevelopment. There is vacant land aplenty  as well as many abandoned YAUSM’s everywhere you look all over Bibb. It is completely understandable that they do not want the added noise, pollution, and likely crime when there are so many other areas to choose from. Bibb county seems to have about as many abandoned commercial properties as ones that are still in business on casual drives around town. How about instead of destroying yet another neighborhood we redevelop the abandoned ones? It is a rather vicious cycle in that these companies want to locate as close as possible to the neighborhoods that have the largest disposable income or population density. Unfortunately as these rather hideous strip malls move in the people that they hoped would buy their products move out. Rinse and repeat….You can see examples of this all over Macon and indeed the country.

Does Bibb county have a competent Planning and Zoning?

Even though I personally am opposed to this new development at this location I must also admit that this company was simply following the law and the direction of our current P&Z. They had no reason to believe they would not get approval given the modus operandi of the Bibb P&Z which seems to operate on a haphazard case-by-case basis as opposed to any long term planning that takes into account green zones and sustainable growth. There is no question that Macon needs new businesses and the jobs they provide. No one, not even the residents of Zebulon, would disagree with the idea that Macon desperately needs jobs and growth.  Macon has been stagnant for quite a long while even as Georgia as a whole has been among the fastest growing states in the country in jobs, salaries, and population. We have been losing population while other cities around the state have seen tremendous growth. Columbus, Augusta, Savannah, Athens, are kicking Macon’s butt. All the growth is not concentrated in Atlanta.  Even our sister city down the road Warner Robins no longer seems content to be the kid brother to Macon and is growing at a far greater pace and will likely eclipse Macon as the largest city in middle Georgia before too long. What do all these cities have in common that Macon lacks? Well, there are are a lot of factors at play, but since I want to write an article and not a dissertation today I will focus on only one factor for the purpose of this article which is Planning & Zoning

Exactly what is Zoning and why is it important

Here is how Kansas City defines Zoning.  “Zoning is the prime tool for implementing the Comprehensive Plan. By controlling land uses and setting development standards throughout the city, zoning can guide development. Zoning also sets standards for long developed areas and can be a very helpful neighborhood preservation tool. Zoning standards for building setbacks, building height, parking, screening, permitted activities, etc. help to ensure that people do not have costs imposed upon them by their neighbors. Zoning makes it possible to create transitional land use patterns so that incompatible uses are separated and buffered and harsh face-to-face relationships are avoided. Zoning is also utilized to protect development from flooding and to assure safe and adequate traffic flow.”

That seems like a very reasonable definition. I became curious about other cities across the country and how they go about P&Z and you know what I found? All of the cities that are growing and prospering had very detailed master plans that involved community feedback.

I was extremely impressed with the Envision Eugene Plan. If you click the link it will open a PDF file with an amazing amount of detail that factors in not only sustainable growth for the immediate future but decades in advance. It is around 100 pages longs with an amazing amount of detail and vision. Where is our 100 page PDF with that amount of foresight and detail?  Where is our envision Macon Plan? Is there really any plan at all for Macon that looks beyond a few years ahead?

Please Take a look at the Macon Bibb P&Z website that looks like it was created back in the 90’s and doesn’t appear to have been updated much since and compare it to the  Planning and Building Commission in Eugene, OR a city of comparable size to Macon. Does the Macon/Bibb P&Z think that by adding more strip malls and continuing the vicious cycle of adding more ugly urban sprawl help Macon grow? Before Eugene, OR created their Envision Master plan they met with citizens in the community for 9 months to get their input and suggestions.Their vision and plan was created with the community and for the community as opposed to dictating or arbitrarily making decisions that only result in short-tem benefits.

Wow, now there is a revolutionary idea. A city government that not only listens to their constituents but actively seeks  their input and uses that information to build a master plan and formulate policy. Now I could have chosen dozens of other cities all over the country that have similar Master plans and that level of cooperation with the community. We need a county government and a P&Z board that will not approve projects willy nilly looking a year or two ahead but to consider growth in that neighborhood 20 years from now. Short term planning hasn’t worked out too well for us so it is time for a new playbook. It is time Macon cleaned up our current urban blight not expand into neighborhoods and create potential future blight areas. Macon needs growth and new businesses but we also need some vision and competence that includes citizen feedback to formulate an Envision Macon for the year 2045 and not only 2015.

To the good citizens of Zebulon thank you for taking a stand. I wish you luck in your court battle to protect the peace and tranquility of your neighborhood. To everyone else in Macon I ask that we work together to demand more of our government and of our P&Z to jointly create our own version of Envision Macon. To Blackwater Development let me say that we welcome and appreciate you choosing Macon. We want you to build your businesses here. All we ask is that you work with us as partners and help us fight the urban sprawl and not add to the problem. There are so many other areas in town that desperately need redevelopment. Please consider relocating to an area that is already zoned and ready. To our local government leaders I hope you will read the PDF file from Eugen above and use this as a guide to what Macon needs to do. Why not work with Blackwater and other developers to offer them special concessions and tax breaks if they choose to redevelop a blighted area as opposed to adding to the sprawl. There are a lot of smart people in Bibb county that do not work in the government and it is time you started asking for our opinion instead of dictating what you think is best. Macon’s businesses are simply spread too far and wide in this county for a population of our size. We need more centralization and to protect our green zones and neighborhoods.