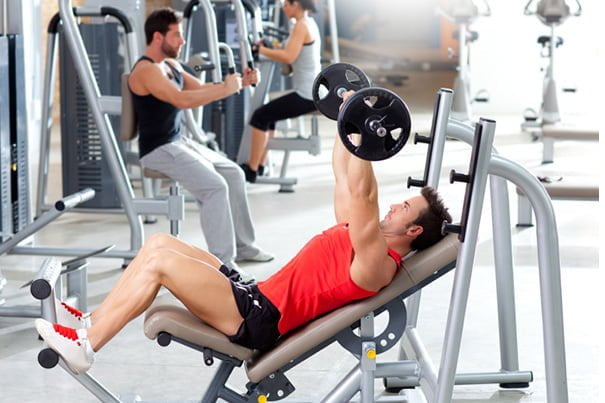 Healthy men who did 20 minutes of daily weight training had less increase in age-related abdominal fat than men who spent the same amount of time doing aerobic activities, according to a new study by Harvard T.H. Chan School of Public Health (HSPH) researchers and colleagues. Combining weight training and aerobic activity led to the most optimal results. Aerobic exercise by itself was associated with less weight gain compared with weight training.

“Because aging is associated with sarcopenia, the loss of skeletal muscle mass, relying on body weight alone is insufficient for the study of healthy aging,” said lead author Rania Mekary, a researcher in HSPH’s Department of Nutrition. “Measuring waist circumference is a better indicator of healthy body composition among older adults. Engaging in resistance training or, ideally, combining it with aerobic exercise, could help older adults lessen abdominal fat while increasing or preserving muscle mass.”

Prior studies had been focused on a specific population (e.g., overweight people or type 2 diabetics), were of short duration, and had mixed results. The new study was long-term with a large sample of healthy men with a wide range of body mass indexes (BMI).

Mekary and colleagues studied the physical activity, waist circumference (in centimeters), and body weight of 10,500 healthy U.S. men aged 40 and older participating in the Health Professionals Follow-Up Study between 1996 and 2008. Their analysis included a comparison of changes in participants’ activity levels over the 12-year period to see which activities had the most effect on the men’s waistlines. Those who increased the amount of time spent weight training by 20 minutes a day had less gain in their waistline (-0.67 cm) compared with men who similarly increased the amount of time they spent on moderate-to-vigorous aerobic exercise (-0.33 cm), and yard work or stair climbing (-0.16 cm). Those who increased their sedentary behaviors, such as TV watching, had a larger gain in their waistline.

“This study underscores the importance of weight training in reducing abdominal obesity, especially among the elderly,” said Frank Hu, professor of nutrition and epidemiology at HSPH and senior author of the study. “To maintain a healthy weight and waistline, it is critical to incorporate weight training with aerobic exercise.”

The study was supported by National Institutes of Health grants.