The Long Road to Marijuana Legalization in Georgia 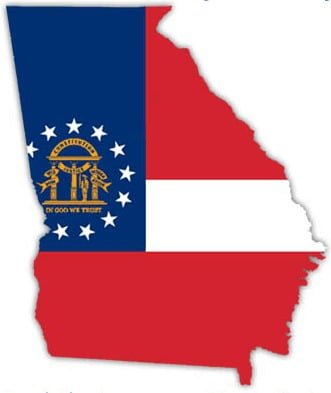 Earlier this month Representative Allen Peake doubled-down on last year’s failed attempt to bring relief to sick Georgians with the filing of House Bill 1. Also known as the Haleigh’s Hope Act, HB1 would expand the number of eligible conditions that last year’s failed effort promised, from just one condition (or group of conditions) to seventeen specific medical conditions that research has shown can be treated with medical marijuana. If the substitute bill is passed as-written the conditions will include:

Push back from law enforcement

According to Terry Norris, Executive Director of the Georgia Sheriffs Association, allowing anyone other than seizure patients to have access to marijuana oil is an unacceptable “expanded use” of the drug that he doesn’t believe should be condoned. He argues that allowing cancer patients, those suffering from Alzheimer’s and patients diagnosed with PTSD (to name a few conditions) to consume this non-euphoric medicine would be a big step toward recreational marijuana legalization.

What House Bill 1 WON’T Do

Despite the strenuous objections of law enforcement leaders and prosecutors, most patients and activists that have read the bill agree that it does not do nearly enough to alleviate the suffering of those that need high levels of THC to medicate, it does not allow for in-state cultivation of cannabis and it does nothing to remove the threat of arrest from thousands of Georgians who choose a natural drug over pharmaceuticals. In fact House Bill 1, on the surface, could actually endanger Georgians by putting them at risk of arrest for transporting a substance across state lines that the federal government (and other states) classify as an illegal substance. In other words, HB1 doesn’t address how a patient would obtain the medicine, it only makes it legal for qualified patients to possess after they have transported it to Georgia

Because the bill has such a low THC cap (5% for adults, 3% for patients under 18) it would cost a patient hundreds of dollars to take enough cannabis oil to “catch a buzz”, but the GSA glosses over this fact when arguing against HB1. The Sheriff’s Association makes it sound as if there are other reasons Georgia’s law enforcement administrators wouldn’t want to allow any form of meaningful marijuana reform. It could be that they are afraid of the funding their departments will lose as Georgia begins to join the rest of the country on the subject of medical marijuana. Or it could be an attempt to save Georgia’s booming private probation industry, which bilks Georgians for millions of dollars per year in fines and fees while simultaneously providing sheriff’s departments, police departments and State Patrol posts across the state with nearly-unlimited free labor in the form of misdemeanants that are re-arrested for minor probation violations.

Despite dozens of television interviews, newspaper articles and blog posts by Rep. Peake explaining to people that what he is proposing won’t get anyone high there is a very good chance that HB1 will be whittled down to “just seizures” in committee in order to make the Sheriffs and prosecutors happy. It is easier to ignore the suffering if lawmakers and other special interests don’t have to admit that some people actually benefit from getting high.

Competing with Rep. Peake’s House bill is Senate Bill 7, also known as the Controlled Substances Therapeutic Relief Act, which would make it legal for physicians in Georgia to recommend up to two ounces of medical marijuana for patients suffering from covered conditions. And while HB 1 will only allow up to 5% THC, SB 7 sets no such restrictions.

“While I adamantly support cannabis oil treatments for children with severe medical problems, I believe physicians should have the ability to care for all of their patients, regardless of age,” Sen. Thompson, author of both Senate proposals, said in a press release.

In addition to Senate Bill 7, Sen. Thompson has also pre-filed Senate Resolution 6, which would add a Colorado-style amendment to the Georgia Constitution that would legalize and tax marijuana for adult recreational use. Though the chance of SR 6 passing the Georgia Senate is probably akin to what we around here call “slim to none”,  Sen. Thompson admits the resolution is being introduced to “start a discussion” on the possible economic impact if Georgia were to legalize recreational marijuana. And the impact could be huge indeed if you consider the experience of states like Colorado, where the State is poised to provide a $30 million TAX REFUND to taxpayers due to an excess in marijuana tax revenue.

In 1996 California voters passed what would be the nation’s first real medical marijuana law. In the 19 years Since that time 22 other states and the District of Columbia have agreed that their citizens should have access to cannabis medicine and four states and Washington DC have completely legalized marijuana for recreational adult use. Georgia, like most southern states, is dragging its feet on the issue of marijuana. After 45 years of prohibition we have gathered mountains of evidence proving that cannabis is medicine, and for our lawmakers to dismiss this evidence so lightly proves that special interests will always be more important in Georgia than voters.

Have you ever heard of the federal government’s IND program? IND, which stands for “Investigational New Drug”, was implemented in the late 1970’s as a way of testing the long-term health effects of cannabis on people with serious medical conditions. Through the IND program the federal government has shipped tins filled with marijuana cigarettes every month since 1976 to participants in the program.

75 year-old Elvy Musikka from Eugene, Oregon is one of only four remaining (living) patients approved to receive legal marijuana under the IND program. Elvy has been smoking government-grown and distributed marijuana at the rate of 300 joints-per-month for over 30 years to treat severe glaucoma.

“As a senior I have no need for any pharmaceuticals. Not only is my glaucoma under control, I also get the benefits of other molecules that help with the pain of old age and depression that can come with age as well” Elvy recently told Sharon Ravert, Executive Director of Peachtree NORML. “If not for qualifying for the federal program I would be a very bitter, blind old lady.

What We Intend to Do

To say we are disappointed with the fact that lawmakers continue to use sick, suffering and imprisoned Georgians as mulch on their political careers is an understatement. We at Peachtree NORML believe that we do not have to sit back and just take whatever scraps our lawmakers are kind enough to toss our way. We firmly believe in the right of every adult in Georgia to grow and consume marijuana for any purpose they see fit and until that happens we will continue to fight for an end to prohibition in our state.

Please join with us in telling Georgia lawmakers that the use of cannabis should be a personal choice, not an opportunity to exert control over others. Join us on this journey down the long road of ending marijuana prohibition so that we can put a stop to this failed war that has cost Georgia billions of dollars and thousands of lives.

Join Peachtree NORML and the Georgia CARE Project Tuesday, February 10 at the Georgia State Capitol for the Rally for Peace, Justice and Unity. This rally is to bring attention to the suffering of the thousands of Georgians who deserve access to cannabis, and will be held in conjunction with simultaneous rallies in Talahassee, Mobile and Baton Rouge.