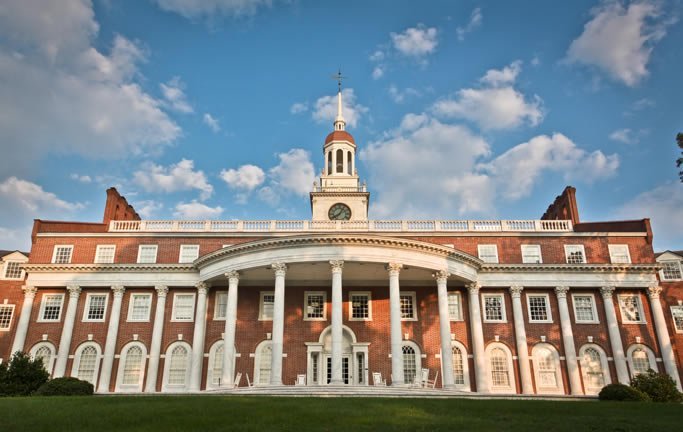 This is a continuation of my article Political Correctness Run Amok at Mercer Law School where some hypersensitive students, administration, and faculty completely overreacted over the use of the n-word in a pedagogical environment in a teaching moment over a lesson about Thurgood Marshall, Brown V. BOE,  among other subjects. Oedel claims that he was using some quotes from works by Professor Leland Ware that contained the offensive word in question which caused such manufactured outrage.

In the recent Macon Telegraph attack piece they quoted Professor Anthony Baldwin who wrote that he contacted professor Leland Ware, who Oedel said made the remarks he was quoting. Ware told Baldwin he never used that epithet and was “deeply offended” by the suggestion that he did.

Your apology can’t be genuine if you continue to sit on a false representation and facts that are not true,” Baldwin wrote to Oedel.

This presents at least three possible scenarios. Either Oedel, Baldwin, or Ware are lying. Now I fully understand there are other possibilities as well considering few people can remember what they said a month ago let alone a decade or more ago. Perhaps Ware actually believes he never used the word or perhaps he remembers he said it and is afraid to admit it now. Irrelevant as I have now found multiple instance where Leland Ware wrote the word.

I present exhibits A, B , and C which are attached as PDF documents that were written by Leland Ware.

Here is one example of one the PDF’s included below written by the very same Leland Ware who gave the speech at Mercer.

This alone exonerates Oedel at least in terms of the question of whether Leland Ware has used this in his teaching materials. The likelihood that he also used it in speeches has a remarkably high probability given the abundance of the occurrence it his written work. Why would he write multiple works that focus on the impact of this word, include multiple instance of the word in his writing, and then choose to give a speech without using it? That makes no sense. In any case, Oedel could have been quoting the written work and not one of Ware’s lectures.

To Professor Anthony Baldwin I would like to ask why you would fail to give the benefit of the doubt to a fellow faculty member. Baldwin presumably knows how to use a computer and has access to Lexis-Nexis and could have taken the 30 seconds it took me to verify this for myself.

This question would be equally applicable to Phillip Ramati and the Macon Telegraph that also seem incapable of doing even basic research. Had they done so they could have found the quotes in question and might have also discovered that Oedel had worked for the NAACP and the legal defense fund. That tidbit of information would have certainly offered a little more balance and perspective to the story.

But then again, had they bothered to do research this might have conflicted with their preconceived narrative. It is far easier to impugn someones character and raise FUD (Fear Uncertainty Doubt)  😕

After all what do decades spent helping and working with black people have to do with the hypersensitive overreaction of a few students. Dean Daisy Floyd’s response should have been one of calm, cool, and reserve but she instead chose to hit the panic button and raise the moat instead.

On a personal note I have had college students curse at me and other students in several languages with far more graphical terms. Usually after I handed out exam results. Not a great idea to curse at a professor who also happens to be a polyglot. But none of these incidents ever made the news or cause a campus wide crisis. Instead it was handled then and there and became a valuable teaching point.

A little advice to the Macon Telegraph, Daisy Floyd, Anthony Baldwin, hypersensitive students who weren’t even in the class,  and anyone else that got their panties in a wad over this non-issue, I have a friend named Google I would like to introduce you to. He is my friend, why isn’t he yours? By the way, instead of grabbing your pitchforks and yelling rabble, rabble, rabble in the streets looking for blood, next time try and act like adults and look at the sky and you will notice an absence of cats and dogs falling from the sky above.