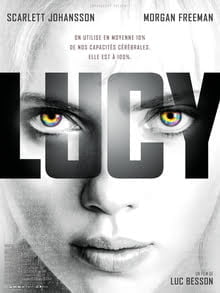 This term is actually just a very broad term that could include an entire range of people and is often misused or misunderstood. It is important to differentiate certain subsets like eidetic and hyperthymesia into their own separate categories and understand that true photographic memory is extremely rare. People with exceptional memories are far more common and that is a better term to use. This group includes people you may see on TV doing memory feats for example. The good news about these memory athletes is their brains are not wired any differently than yours. Nearly everyone can perform memory feats you thought impossible if you are willing to put in the time and effort. If you want some ways to improve your memory read this guide with some great tips.

There are many different techniques people can use. It is likely that you have probably used some mnemonic or similar techniques to memorize long strings of information.  Memories recalled by hyperthymestic people tend to be personal accounts of both significant and ordinary events in their lives like buying shoes eight years ago. They can remember every single thing about that day.  This extensive and highly unusual memory does not derive from the use of mnemonic strategies, but rather it is encoded involuntarily and retrieved automatically not unlike accessing a file on a computer.

Some people have something known as eidetic memory. For some reason, people with confirmed eidetic memories tend to fall between the ages of 6 and 12. It is virtually nonexistent in adults, but there are cases of adults with amazing abilities to recall information that seems nearly impossible to most of us.  Ferdinand Marcos for example who was the Filipino dictator reportedly could recite the Philippine constitution forward and backward. John von Neumann, was able to memorize a column of the phone book at a single glance. Simply put eidetic memory is the ability to recall images in extraordinary detail for several minutes like it were a photograph.

Are you curious about your own memory? Here is a free and quick memory test you can try. Chances are you failed miserably. But don’t be discouraged, later in this article, I will teach you how to vastly improve your own memory. You will likely never be able to memorize a column in a phone book without a lot of hard work,  but chances are you can find those misplaced car keys next time you lose them a lot faster with some very simple tips.

Hyperthymesia or highly superior autobiographical memory (HSAM). This is a different type of super memory than eidetic. This condition is possessing an amazing ability to record and recall autobiographical data. The term Total Recall for example usually refers to this concept. I sometimes feel like I have flashes of this ability because I can recall certain days and events with absolute clarity as do most of you. Most of us can remember very happy or perhaps very traumatic events but I am speaking more of simply mundane events like just an ordinary shopping or dining experience where nothing unusual happened. But people with Hyperthymesia can recall nearly every single day of their lives in near-perfect detail as if it happened an hour ago even if they are recalling an event from 20 years ago.

Although Hyperthymesia is highly autobiographical, significant outside events like wars, personal tragedies suffered by family or friends, and similar traumatic experiences can cause their brains to record those events with just as much detail.

As of the writing of this article, there are around 6 to possibly a maximum of 25 possible cases in the entire world, and chances are you know one of them. Well, not personally but you have likely seen her on TV or in the movies. Actress Marilu Henner, best known for her role as Elaine Nardo on the hit TV sitcom Taxi is one of those confirmed cases. She even wrote a fascinating book about living with this condition with tips everyone can use to improve their own memory called Total Memory Makeover: Uncover Your Past, Take Charge of Your Future

There is also a great video on Youtube called Memory Kid worth a watch.

Joshua Foer was a science journalist with a very average memory. He became fascinated with the science behind memory. Moonwalking with Einstein recounts Joshua Foer’s yearlong quest to improve his memory under the tutelage of top “mental athletes.” He draws on cutting-edge research, surprising cultural history of remembering, and venerable tricks of the mentalist’s trade to transform our understanding of human memory.

Whether you have memory problems (can’t recall the name of someone you met a week ago?) or not, you’re likely to improve your memory after reading this book. I am really against self-help books that seem to pop up every week with something new that guarantees to extend or improve or completely change your life for the better. But this is the one book that actually did all those things and never promised to do any of them. It is rare to read a book that you actually enjoy reading but can also drastically improve your life as n added bonus. What makes the book so interesting is that it is narrative non-fiction and reads like a novel with lots of interesting stories and fascinating characters.

Moonwalking with Einstein expands the mnemonic technique I learned back in college  by use of something of which I’d never heard called “the “Memory Palace.” The Memory Palace exploits our inherent skill for remembering images and spatial locations, harnesses these two abilities we all possess in abundance, and relates them to the memorization of numbers, lists, and assortments of other difficult-to-remember items. The amazing thing is that the Memory Palace not only makes memorization easy, it also makes it fun. I’d strongly recommend you give this book a try. The techniques can even be fun to try out with your family, friends, or co-workers. Chances are you will greatly improve your memory which gives obvious and immediate benefits. At the worst, you are out a few bucks for a book that is extremely entertaining all on its own even if you don’t care to improve your memory.  Here is a short video below with Joshua to give you a great idea of what the book is about.

Two Urban Legends that Need to Die: 10% Brain Use and Multitasking

Did you see the movie Lucy?  It is about a human with super abilities because she can use 100% of her brain. News Flash: We all can and do every day. This is a very old urban legend dating all the way back to the 1890’s that says that humans only use anywhere from 3%, or 10%, or 20% or some other small percentage of our brains and if we could just figure out how to use the other part we could all be geniuses or in the case of this movie have superhero powers.

It is complete and utter non-sense and it amazes me so many of my educated friends actually believe this ridiculous lie. It might make for a good Hollywood thriller but nothing more. Our brain uses over 90% simply not all at once. If it did, not only would it overheat but the amount of calories required would be extraordinary. It already uses around 20% of the calories on average or more.  The brain is simply very good at caching and only using the parts it needs when it needs them and is very efficient.

Another urban legend is multi-tasking. Do you have an annoying friend that brags about being great at multi-tasking and always brings it up in conversation as one of their greatest qualities? Chances are you do. The number of deaths from texting while driving proves otherwise. Human brains simply aren’t equipped to do true multitasking. We can do multiple things at once but will always give priority to one task over the other. “People can’t multitask very well, and when people say they can, they’re deluding themselves,” said neuroscientist Earl Miller. And, he said, “The brain is very good at deluding itself.” Miller, a Picower professor of neuroscience at MIT, says that for the most part, we simply can’t focus on more than one thing at a time. What we can do, he said, is shift our focus from one thing to the next with astonishing speed