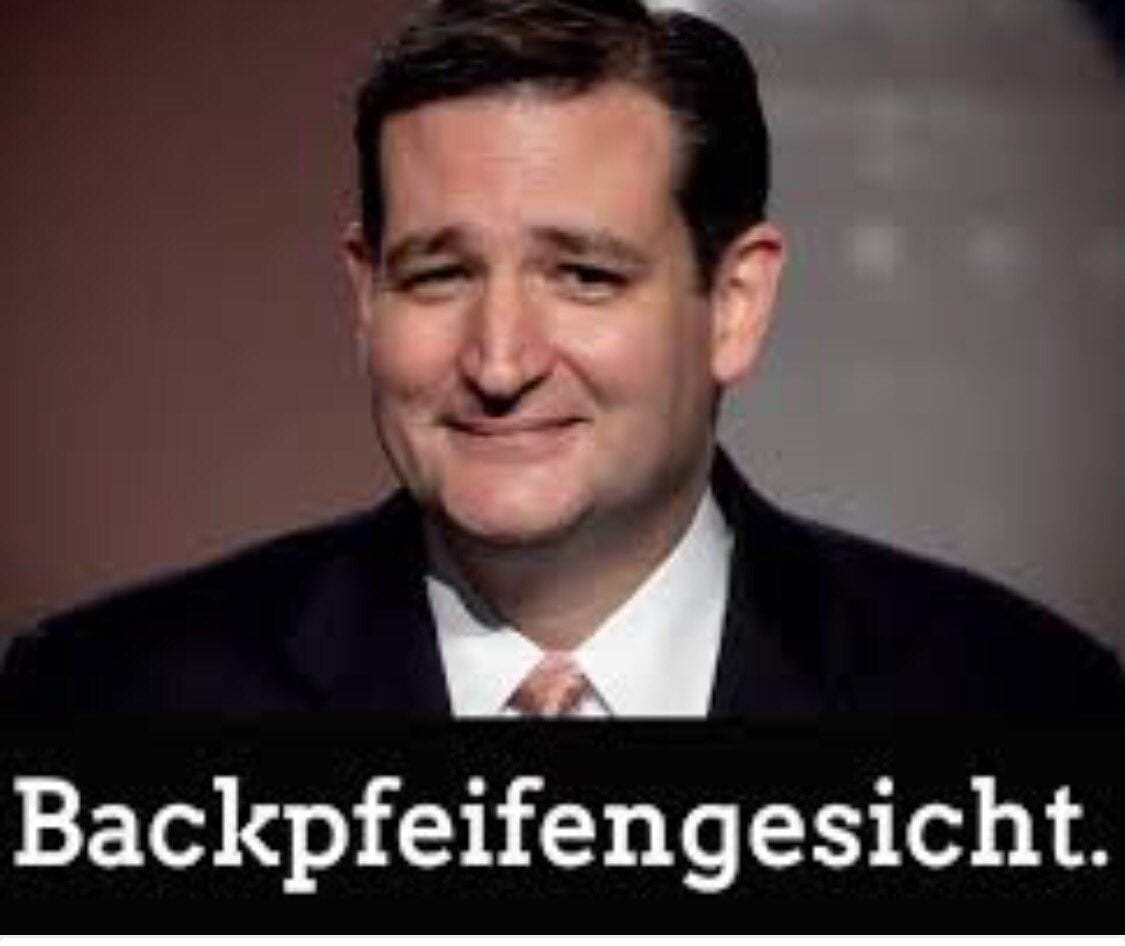 Buckle up folks because it is about to get good. As I write this article, Super Tuesday with the SEC primaries is fast approaching in a few short days and it looks like The Donald will likely steamroll his way to the GOP nomination. This is largely thanks to the utter ineptness of other candidates still left in the race. At this point last year the pundits were predicting that Jeb! was the presumptive frontrunner. Boy were they ever wrong. It seems they failed to take into account the fact that Americans were actually aware of the fact that no Republican president since Ronald Reagan handed over the keys to Poppy Bush had any Republican president had a last name other than Bush. Americans were ready for a change and poor Jeborah became roadkill pretty quick from a vicious onslaught from Trump who rightfully blamed his brother for the trillions wasted in the Middle east and thousands of American lives needlessly lost .

As the GOP establishment desperately scrambles to stop Trump, let’s take a quick look at where they went wrong by examining his last two serious contenders still in the race.

Backpfeifengesicht means “A face that cries out for a fist”. And let’s be perfectly honest here, who doesn’t want to punch this face? That is a face that even his own mother has likely smacked more than on one occasion and it probably gave her a great deal of satisfaction. Cruz is an egomaniac like Trump but just comes across as a really unlikeable sleaze ball. I first came to despise Cruz over shutting down the government and his support for big cable monopolies over consumers in his cruzade against Net Neutrality.  But there is so much more to hate about this guy.

He also is terribly unqualified to be president. Watch as Sen. Ted Cruz (R-TX) stumbled and fumbled when confronted with his lack of qualifications to be president by CNN. When asked to point out any accomplishments you would  be extremely hard-pressed to even find one example where he has had any impact.

A simple Google search of ‘Hate+Ted+Cruz’ turns up this kind of media coverage:

Why Everyone (in Congress) Hates Ted Cruz — NY Magazine

A lot of people just don’t like Ted Cruz. How come that’s okay with him? — The Washington Post

The Ted Cruz pile on: GOP senators warn of revolt should he win nomination — CNN

How Unpopular Is Ted Cruz Right Now? — The Atlantic (again)

Ted Cruz So ‘Hated’ by Republicans That He’ll ‘Need a Food Taster’ at Senate Lunches: ABC News Reporter — The Blaze

The GOP Establishment Has Found The One Thing That Can Make Donald Trump Palatable: Ted Cruz — The Huffington Post

You get the idea. The GOP would rather have braying tacky “short-fingered vulgarian” Donald Trump as their standard bearer rather  than a guy who was actually elected to office as a Republican.

Ted might win his home state of Texas but that will likely be his Alamo as the Trump machine crushes him under foot.

These boots were made for walking, and that’s just what I’ll do. One of these days these boots are gonna walk all over you. At least that seems to have been the plan till Chris Cristie destroyed his chance to be taken seriously by pointing out that Robot Rubio basically quotes one liners from stump speeches and isn’t actually all that bright. Like Cruz who stands only 5’8″ and fancies cowboy boots to try and disguise his diminutive stature, Rubio also seems to have to self-image problems that likely got worse once all the photos of his Cuban high heels surfaced.

And as Harry Truman (5’9″) and Jimmy Carter (5’10”) can attest, a smaller stature won’t prevent you from being elected. But being short makes it a heck of a lot harder. Taft, Roosevelt, Kennedy, Johnson, Ford and Reagan were all over 6 feet, as are Bush, Clinton and Obama. In fact, the taller candidate won in 80 percent of all elections in the 20th century.

Rubio doesn’t elicit the hate of Ted Cruz but once you get past the polish of his carefully rehearsed stump speeches and scratch the surface, there isn’t really a lot to like about him either. He seems to be a lap dog of Wall Street since he voted four times to repeal Dodd-Frank. He has no executive experience and is simply too right wing to be elected. People know that Cruz is opposed to any compromise but might be surprised to learn that besides his infamous Gang of eight legislation he is just as far right as Cruz. At least Trump understands the importance of making deals and compromises to get past gridlock.

Rubio is far behind Trump in Florida and I don’t see that changing. The people in Florida were very pissed when he said “he hated his job” and they demanded he resign instead of ripping them off by not even showing up for work. A “child of the 1970s” whose thinking and arguments are still mostly stuck in the 1980s will have little or nothing of interest to say to the generations that came of age since then. He may be young of age but his policies are definitely outdated.

Rubio brags about his  “background” in foreign policy, but for all practical purposes his background is not noticeably more extensive than that of other first-term senators that have also shown an interest in the subject.  He clearly wants to be known for his hawkish views (while disavowing the label and baggage associated with it), but that doesn’t make him any more qualified than Trump and less qualified than Kasich.  He has pigeonholed himself as one of the most consistently aggressive hawks in the Senate which may play well to certain GOP voters but will not play as well in a general election from a war weary public.

In the clip below Christie thoroughly eviscerates Rubio who is left standing there looking dumbfounded.

That leaves The Donald to carry the GOP banner to face Hillary in the general election. It’s not like the GOP didn’t have ample opportunity to derail The Donald much earlier. Instead most chose the velvet glove approach. A few tried and were quickly squashed like Rick Perry who really wasn’t up to the task. Had Rubio or Cruz attacked him far earlier they might have made some headway but at this point I think they missed their chance. Americans like winners and come Super Tuesday I fully expect Trump  to sweep nearly all the states by a sizable margin and would not be surprised in the least if Trump even wins in Texas.

Rubio supporters still desperately cling to the hope that he can pull out a miracle by pointing out recent crowds of around 7,000 in Atlanta earlier today. What they seem to forget is that Trump can pull in crowds twice that size in podunk towns with tiny populations on one day’s notice. Trump supporters seem passionate about their candidate while Rubio and Cruz supporters seem reluctant or hesitant. They don’t have the enthusiasm that Trump or Bernie supporters show on social media and in person at rallies. But unlike the GOP primaries I fully expect Bernie to enthusiastically work toward getting Hillary elected in the Fall. There may be some hard feelings but nothing close to the bloodbath we saw at the last GOP debate. Bernie and Hillary might hate each other as well but won’t ever show that to the public and understand the importance of keeping Trump  out of the Oval office.

Kasich must be rolling his eyes and wondering how those three unqualified idiots are beating him in the polls and so should the entire GOP. Kasich is the only plausible and remotely qualified candidate left who might stand a chance to get elected but the Republican base will have none of that in 2016.

Trump certainly stands a chance to beat Hillary so the Democrats would be well-advised not to underestimate him. Both Trump and Hillary have high unfavorables so this will be a battle between who pisses people off less than the other one. More importantly it will come down to  who can get their base to actually go and vote. But come Tuesday I’m afraid the fat lady is ready to sing and Cruz and Rubio will have next to no chance left to stop the Trump express train. With the large field of seventeen candidates early on it proved to be the perfect storm for someone with national name recognition to stand out. With Rubio, Cruz, Kasich, and Carson still in the race it seems a long shot that any of them can stop Trump now.

The Republican establishment sounded the alarm bell too late and this spray-tanned genie has  left his bottle.