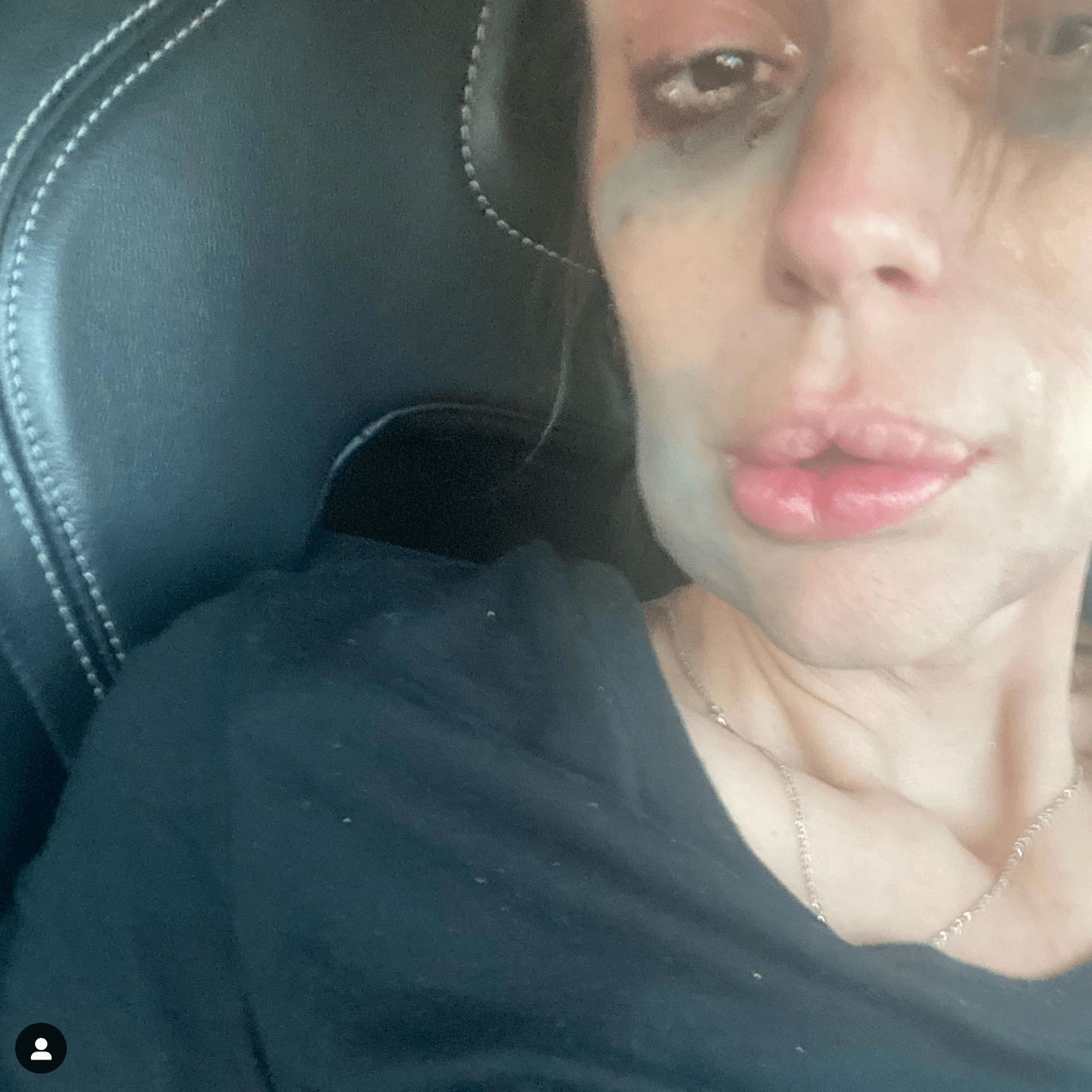 A Jewelry Wholesaler in Dallas, Texas named Lauren Sutcliffe was driving her Chevrolet Corvette to a dealership  sometime on or before September 3 in order to sell her car and suffered a brutal assault while trying to offer assistance  to some people on the side of the road.

The following story is an account from the victim.

She  claims she was at at intersection and saw some cars stopped and being a good samaritan she thought they needed help. The first vehicle she approached told her they didn’t need her help so she approached another vehicle where she also offered her assistance.

The second vehicle she approached had a young black female sitting in the drivers seat and a young black male in the passenger seat who wearing Amazon uniforms. The woman looked at her and said something but she couldn’t hear over the noise of traffic and car noise.  She asked the two people in the car if they needed help a couple more times and the young woman in the car said something but the lady in the Corvette still wasn’t able to hear what she was saying. She was making gestures to let them know she couldn’t hear. According to the victim the young lady who she remembers as being very attractive didn’t gesture for her to leave so she though they needed help.

At that point  Lauren Sutcliffe put her car in park and exited to try and understand what they were saying to her since she couldn’t hear them in the car. Presumably if they didn’t need help she would get back in her car and continue on her way to the dealership. She claims she just wanted to make sure they were okay before she drove off and she has a history of helping people in stranded vehicles.

As she exited her vehicle the young black couple also exited their vehicle and came rushing towards here and this is what happened next. Here is the video of end of the brutal assault. This video does not include the first few minutes of the assault because the man happened to pull up and saw what was happening and began recording when it was nearly over.

Here is a direct quote on the video from the victim.

I have been quiet as I can tolerate because I didn’t want to rush in and say something until I was certain. The two officers who came to the scene got the same story from the eye witness , who I will add I have not communicated with in any way until today/ said they weren’t going to report the crime and called it an “ip”. The witness told me his version and it’s exactly what I said happened. The assault wasn’t reported / logged and every station I’ve spoken to said there’s no way an officer wouldn’t tAke a report with the severity of it and assured me I must be calling the wrong cities. That’s how not ok this apparently is. Witness expressed this was not a fight. Amazon has called him several times since the gentleman on tik tok posted but has yet to call me. So yes they’re aware and calling the witnesses but not me and this level of physical damage and taken items should never go unreported. That hurts more as I see officers as heroes (not the bad ones. Every everything has bad somethings). I still will not accept pay video rights nor interviews. Shouldn’t have been on that side of town huh? Wonder if he realizes he is saying his culture can’t be trusted to not attack people and that is a vile thing to proclaim. Also it was Dallas police. It was in Carrollton but the witness said Dallas showed up. I wanted to correct that part since I thought it was Carrollton.

In the video you can see that the two attackers beating this women without mercy are wearing Amazon uniforms.  But it appears the beating was insufficient to satiate their rage and the vicim claims they then robbed her as well before driving away.

Why the person recording the video didn’t immediately call the police and intervene is unknown. In the video the male attacker appears to be trying to stop the female from continuing the attack but the victim reports that he was attacking her as well and only stopped once he saw the other man recording the attack on video. She believes he landed the first punch and struck her in the head soon after she got out of her car. She also claims he landed many other punches prior to the video recording.

The victim suffered badly and has partial vision loss as well as hearing loss in addition to all the bruising and possible concussion. Apparently the Dallas police department are not investigating this as an assault purportedly because she exited the vehicle and might be viewed as an equal aggressor. She also said that Amazon was aware of this incident and did not seem to care.

She will almost certainly incur thousands of dollars in mounting medical bills in addition to possible permanent disability with her hearing and vision impairment. She likely suffers from some PTSD after such a brutal attack. Let’s hope Amazon and the Dallas police department thoroughly investigate this attack and take appropriate and swift action.

Here is another video  from her Instagram account where she goes into a lot more detail about what transpired in that attack a few weeks before. Warning: She isn’t the best storyteller and meanders all over the place but this is perhaps due to the trauma she suffered.