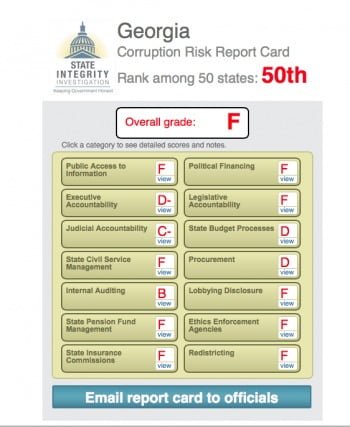 As much as Charles Richardson would like to blame the entire previous BOE for the shenanigans that were allowed to occur under the pedagogical reign of terror of Dallemand’s tenure, we all know that it was five members in particular that acted like little more than rubber stamps for that lunacy. The name BOE5 stuck and in case you forgot their names it included: Tommy Barnes, Wanda West, Ella Carter, Susan Middleton, and Tom Hudson. Luckily for Bibb, two of those puppets are gone and we have some fresh blood on the BOE. Thelma Dillard, Lester Miller, and Jason Downey.

After listening to their platforms prior to the election it appeared the new board configuration would now be 4 vs. 4 when it came to educational and fiscal sanity as opposed to the old 5-3 from before where 5 disregarded their duties. (As a side note, why in the hell does Bibb have 8 instead of 7 or even 5 members?)

Thelma Dillard it appeared at first glance had drunk from the kool-aid Dallemand was freely passing out and bought into his marvelous magical miracles. She stood with the remaining three Dallemand puppets to make sure he was given around $350,000 and a pat on the back instead of being fired and investigated as we now all know should have happened.

The More things change the more they stay the same….or do they?

Recently I have noticed something odd and was pleasantly surprised. (I am not often surprised) Thelma Dillard seems to be far from a guaranteed or given vote for the agents of chaos. It seems she has her own voice and opinions. Apparently her strings were not as tightly affixed as others thought and the Kool-aid seems to have worn off. Thelma Dillard campaigned on a platform of honesty, integrity, accountability, and doing what is best for the children, teachers, and school system. Yeah….I know that is what they all say. But then Thelma did the unexpected and voted to end the Memorandum of Understanding with Cliffard Whitby. Rumor has it he went ballistic. To refresh your memory that was the part of the Promise Neighborhood Agreement that charged the Bibb county school system (which means us taxpayers) $325,000 a year to basically cut grass on the property we lease which is beyond preposterous. They should be doing that for free given the exorbitant rent and should also be responsible for all repairs on their dime as well instead of charging us for repairs.

I have no inner knowledge of board member meetings. All I can offer you is educated speculation. It would not be beyond the realm of possibility that a lot of pressure was brought to bear on Ms. Dillard in regards to that vote and possibly many more that are beginning to upset the old apple cart.  Don’t kid yourselves either. Dallemand was not the beginning nor end to the shenanigans in Bibb. It existed far before him and is still very much a part of the way things are done in Macon, GA. Georgia ranks dead last in the country in corruption and I would not be surprised if Macon ranks dead last in the state.

Dallemand never had the brains to pull much of anything off by himself. He was a bully with a lot of flash and no substance. He was also a coward, which is why I wish he had not left quite so rapidly. Had he stayed  he would have likely spilled the beans on his fellow rats still in town to save his hide. Going on the lam to Haiti at even a hint he might have to give testimony shows his character. There are many local yocals that have been riding the Gravy Train Express in Macon for a very long time and have every intention of making sure it keeps delivering our tax dollars on time to their bank accounts. Dallemand was a mere sideshow distraction. That $52 million was also a but a drop in the bucket in terms of wasted money and why Macon continues to be stagnant.

Search for a new Superintendent

I don’t care whether the next superintendent is black, white, Latino, Asian, or anything else. But I do hope that he/she has legitimate qualifications and not from some online diploma mill like Argosy that meant little more than the paper it was written on. Do not choose someone who has a history of causing trouble, malfeasance, and a reputation as a bully and a lightning rod. Please select someone that graduated from an actual university with a campus! It doesn’t have to be Harvard but it sure as hell better not be another place like Argosy that needs special permission from the state for recognition. Read their thesis and dissertation to make sure they can even write properly. (If you read the one by Dallemand or indeed any correspondence by him you will understand what I mean)

Check and double-check all their references and make sure there are no discrepancies. Google is my friend but he sure as hell wasn’t the BOE’s friend when Dallemand was hired so do some due diligence BEFORE they are hired this time.  Make sure if they claim to speak French they actually can. Haitian Creole is not French. Do not let the next superintendent have such a generous contract or escape clause either. Include performance measures to make sure they work hard to get their full salary and have an incentive to improve scores.  Make sure if they suck at their job they can be fired without sending them off with $350,000 bonus for failure again as well. Don’t ever sign another contract like the one you served to Dallemand on a silver platter.

Personally I feel someone that has never been a superintendent before is the best candidate. Someone fresh that is not jaded or stubborn looking to make a name for themselves. Be weary of gypsy superintendents just looking to make quick cash and move on. People that have been a superintendent are often set in their ways and just looking not to rock the boat and pad their retirement accounts. A principal with a good track record might be a good person to consider. Now Dallemand certainly rocked the boat, in fact he sank the entire ship. Dr. Smith is an exception since he is retired but certainly he is a good model to follow in your search. Someone that might have their own ideas but is also willing and eager to  listen to the public and teachers for feedback and suggestions and not take umbrage. The next superintendent needs to encourage the BOE to visit the schools and talk to teachers and students  instead of forbidding it like Dallemand. The next superintendent also needs to be someone that visits schools on a regular basis and talks with teachers and students to take a pulse and make changes as needed instead of dictating from Mulberry and delegating responsibilities.

While you are at it, get rid of so many superfluous and highly overpaid admin support staff. Why are there so many assistant-superintendents and so many other admins other school systems lack?  Anyone that is not a teacher or working directly with students better be essential and serve a purpose. There are too may employees that have connections to board members and an editor for my liking. End the nepotism and end it now.  It is especially galling since many of these people are paid at far higher salaries than actual teachers with fewer credentials and again if rumors are to be believed many are paid to sit around and post on Facebook.  Other counties do not have that many personnel so trim some fat and use that savings to pump into the schools. Let these do-nothing admins share cat photos on Facebook from their homes. I am furious that classroom size and teacher workload has increased while these non-teaching personnel get paid big bucks and have essentially no real duties or responsibilities for most of the year.

There are no Miracles only Hard Work

Hire  someone that understands technology, finance, budgets, and pedagogy. Someone that has actual teaching experience unlike Dallemand. Someone that will not be a globetrotter on our dime and instead prefers to stay in town and pull up their sleeves and get to work.

Education is a grueling experience and a daily grind. There are no miracles, easy paths or quick fixes. It is a tough and arduous slog. Enforce discipline, make the schools safe for teachers and students alike, and set high standards. Have a flexible plan in place that can be adapted quickly. Be sensible with the budget and realize all money needs to go to the schools and you better have a damn good excuse if even a dime goes towards trips to New Orleans for example. 😉 I am talking to you Wanda West and Tom Hudson.

We don’t need to reinvent the wheel. There are plenty of successful systems here in the state we can follow. No more miracles. We want pragmatism and results the next go around.

Thelma stay strong and fight the good fight. If you have been bullied or pressured, then good on you for voting for the good of the children instead of entrenched interests only looking for another gravy train delivery of tax dollars. Remember who you are fighting for. You were a teacher once and understand these people pressuring you don’t give a damn about the schools or students only their wallets.They will likely try every tactic under the sun to pressure you to vote their way but don’t be fooled. The Cotton Street Mafia is crumbling as we speak and they know it. With just a few strong people with courage and character we can begin to finally to clean up Macon from decades of corruption and stagnation. Stay strong and keep voting for the people and children of Bibb and not special interests. You made some mistakes early on, but hopefully that was because you were mislead and didn’t know all the facts. There is plenty of time to redeem your name if you keeping voting for the kids and not fat cats in designer suits.

The time is always right to do what is right.