What Georgian’s expect from legislators in 2015 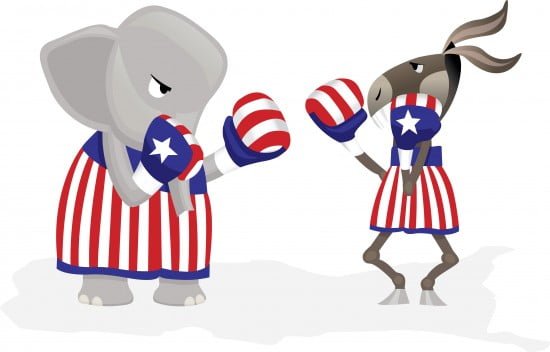 Fox 5 Atlanta is out with a poll from Insider Advantage that tries to tap the mood of registered voters leading up to the start of the legislative session on Monday.

A story in the Augusta Chronicle by Walter Jones had this from Insider Advantage Chairman Matt Towery:

He noted that Georgia voters don’t rank transportation as a top issue for the legislature to tackle, and they’re generally not in the mood to pay more taxes for it. Education ranked first when voters were asked what single issue was most important, with 41 percent, followed by government ethics with 20 percent, reducing crime at 14 percent, “other” at 14 percent, and transportation as the bottom of the choices listed, at 11 percent.

“I don’t understand why leaders in the state don’t do a better job of explaining to the voters why transportation is important to them,” Towery said. “…The average voter has gotten used to the traffic congestion they have to face, and they simply schedule the needed time to deal with it, and they don’t understand why business groups are so focused on it.”

37% of respondents agreed with the report’s conclusion that transportation spending must be increased, compared to 34% who disagreed, and 29% who were undecided. When asked how additional transportation spending might be funded, 32.7% preferred a 1% statewide sales tax increase, except in the areas that passed the TSPLOST tax in 2012. 19% wanted an increase in the motor fuel excise tax, while 48% wanted to fund transportation some other way.

1) What single issue do you believe is most important for this year’s Georgia legislative session to address?

2) What is your opinion of proposed legislation in Georgia that would allow “Medical Marijuana” in a liquid form to be prescribed to patients with extraordinary medical conditions in which traditional forms of medical treatment have limited or little effect?

3) What is your opinion of a report of a legislative study committee suggesting that Georgia must substantially increase spending to address transportation issues in the state?

a) Agree with the report’s conclusion: 37%

4) What potential source of raising revenue for transportation improvements in Georgia would you prefer?

a) A one percent increase in Georgia’s statewide sales tax except in areas which passed the 2012 TSPLOST measure: 32.7%

b) An increase in Georgia’s motor fuel tax: 19%

a) Would favor the legislation: 54%

b) Would oppose the legislation: 26%

b) Oppose the legislation: 35%

a) I would favor the legislation: 18%

b) I would oppose the legislation: 54%

8) What is your opinion of the job performance of President Barack Obama?

a) Approve of his job performance: 44%

d) Disapprove of his job performance: 55%