Georgia is NOT the No. 1 State for Business! 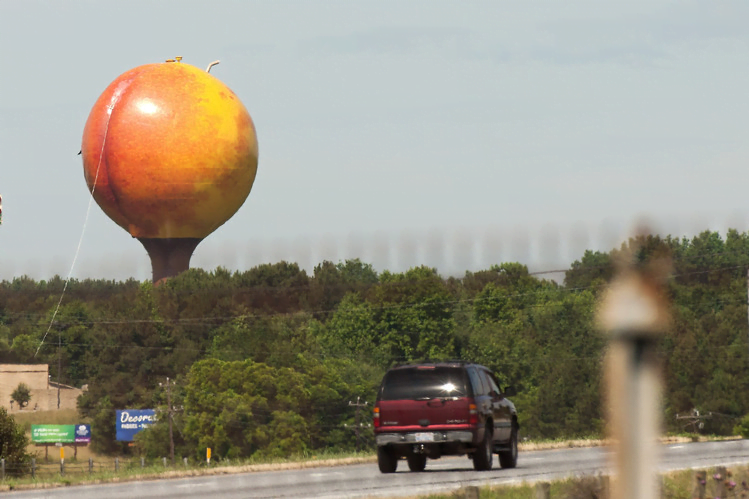 For several years Republican politicians in Georgia led by Nathan Deal have been screaming from the rooftops about Georgia being named the #1 state in the country for business. I think most average Georgians would rather it be the #1 state in quality of life, but I’ll cover that a bit later. Now that we are about to choose a new Governor, Casey Cagle is bragging about his ability to maintain this tremendous business environment and No. 1 ranking.

Not so fast there Stacy…No, that is not a typo. Cagle’s real name is Lowell Stacy Cagle and Casey is just a nickname. So like it or not we are almost guaranteed to have a Stacey or Stacy as Governor one way or the other. Assuming Brian “Big Truck” Kemp doesn’t somehow manage to win which is doubtful.

Cagle incessantly cites this No.1 state for business ranking using a list put together by Site Selection, a magazine that specializes in business relocation and expansion. According to this magazine, Georgia was chosen based on these factors:

If that sounds a bit nebulous you are not alone.

It’s almost certain that in your living room, your doctor’s office, or on your dining room table you won’t find a copy of Site Selection magazine. Most Georgians have never heard of the publication.

In the dog-eat-dog economic development warfare between the American states and various regions, it’s hardly surprising that entities such as the Georgia Corporation for Economic Development and other entities would seek to change the perception of Georgia as an economic redneck backwater. One easy way to do this is to buy your way to the top by paying an unknown publication a lot of moola.

For starters Site Selection have their headquarters in Norcross, Georgia. Site Selection was launched in 1954 by Mac Conway, a former Georgia state senator. The Atlanta Journal and Constitution also reported that Georgia’s Department of Economic Development spent more than $60,000 in previous years paying for subscriptions and marketing with the magazine. That is a lot of money considering the magazine seems to have only around 44,000 readers. The Georgia Corporation for Economic Development, a nonprofit tied to the state, also gave a $74,000 grant to the Industrial Asset Management Council, which is linked to the magazine’s parent company. Do you begin to see any reasons why Site Selection might have chosen Georgia as their No. 1 state for business now?

North Carolina was routinely at or near the top of the magazine’s list between 1997 and 2012. Yet during that time, the state posted mediocre growth in its gross domestic product and ranked 47th in the nation in per capita income growth, said Brent Lane, who directs the Carolina Center for Competitive Economies at the University of North Carolina.

No one can seriously take the rankings from this publication seriously and if Stacey Abrams is smart she will not allow Cagle to keep getting away with this blatant lie which is the cornerstone of his #CagleLead campaign. She needs to quickly educate voters on this fallacious propaganda and focus on the issues that matter to voters which is the quality of life index where Georgia ranks near the bottom of the barrel.

Here are a few statistics from some other more well-known and established sources starting with  U.S. News and World report. This list is also by far the most comprehensive and covers a number of quality of life indexes.

Based on those statistics, do you really believe the ranking of a magazine no one has ever heard of? Just to be fair here are a few more rankings from other sources. Exis is a global commercial real estate organization committed exclusively to representing tenants and end users. Founded by 16 of the world’s most respected, independent brokerage firms. So how did they rank Georgia based on purely tax and business indicators? Georgia came in at #36

Still not satisfied? Here are a few more sources. Georgia does much better on the Forbes list of best states for business but still only manages to achieve #6. But even Forbes had this to say about Georgia. “16% of the population lives below the poverty line, the highest of any state ranked in the top 20.”

USA Today ranked Georgia at #20 and Business Insider ranked Georgia #40. They mentioned the following reasons for the low ranking. “Less than half of Georgia’s college students graduate, and just 2.04% of the state’s population have finished college with a degree.”

In no ranking from any other source besides Site Selection did Georgia rank No. 1.   or even crack the top 5. “This is what a state looks like when you have a hands-off, laissez-faire approach to the economy,” said Michael Wald, a former Bureau of Labor Statistics economist in Atlanta. “Georgia is basically a low-wage, low-tax, low-service state, that’s the approach they’ve been taking for a very long time.”

In an article in the Atlantic called What’s Wrong With Georgia a Griffin resident was quoted “This may be a good place for companies, but not for people actually looking for work,” he told me, sitting in the waiting room of the Career Center. “Companies may come here for the tax breaks, but they’re not actually bringing jobs for the people who live here.”

Although you could make some valid arguments that some parts of metro Atlanta is thriving, you would have a far harder time convincing residents outside Atlanta that things have been getting better. Jobs, resources, and even healthcare can be scarce in most of rural Georgia. You will see far more signs in storefronts reading “Space for lease” or “Going out of business” than you will see  “Grand  Opening” signs. Since 2010 at least six rural hospitals have closed and many more are on the brink and will likely close soon. So when you have to drive two hours or more to see a doctor I doubt you care about a No. 1 ranking for business.

Stacey Abrams must be more focused on these quality of life factors that Georgia voters live every day. She must call the Republicans out on this lie and then turn the conversation  to the areas that really matter to the voters like healthcare, education, economic opportunity, crime, infrastructure, and so many more areas where Georgia is doing so poorly. She will need to convince around 250,000 new voters to choose her over the status quo alternative who plans to stay the course. By highlighting the suffering and pessimism throughout most of the state and by offering them hope for a better future she may just pull off shocker in November. But she has to act fast and she will face a well-funded propaganda machine that would love to paint everything as just peachy in the peach state.