On David Perdue, Dollar General and recalls of Chinese-made toys 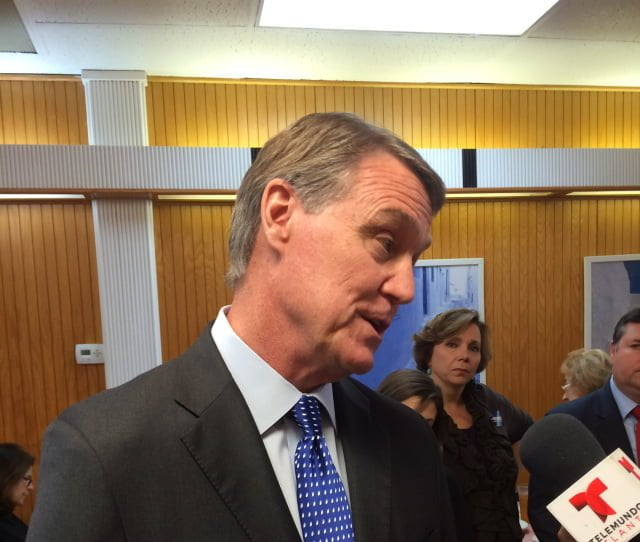 The chief item on Republican U.S. Senate candidate David Perdue’s resume is his four-year stint as CEO of Dollar General.

His success in growing the company has been his rebuttal recently to the “outsourcing” drumbeat from the campaign of Democrat Michelle Nunn. Here’s what Perdue told Meet the Press anchor Chuck Todd this week:

“A lot of people are critical about this outsourcing idea, but the issue is at Dollar General for example we created almost 20,000 jobs in a very short period of time, and we outsourced all of the products and services that we sold in the stores. Most of those — all of those, practically — were made in the United States.”

But Dollar General was also sourcing products from overseas, and more than 1.2 million products imported from China were yanked from shelves during his tenure. The recalls were mostly because of lead contamination but also problems such as fire hazards. Only one injury was reported from the products, a 2-year-old who suffered mouth and throat irritation from a chemical after chewing on a watch band.

Dollar General was certainly not alone. Target and Limited Too were among the retailers caught up in a series of lead contamination recalls in 2007 that made national news and sparked a congressional investigation. In 2012 alone the CPSC conducted 439 recalls of 91 million units.

In all, Dollar General went through seven recalls during Perdue’s tenure as CEO from 2003 to 2007.

Asked about them this week, Perdue said: “Well, you’ve got recalls everywhere.” He said they did not have much of an impact on the business.

Perdue expanded the company’s reach into low-cost Asian markets, including opening up a Hong Kong sourcing office in 2004. But federal documents indicate Dollar General did, in fact, get most of its goods from inside the U.S.

The same report also listed “enhanced domestic sourcing” as a reason why the company gave Perdue a raise in 2007 before he left. As the AJC reported in May, Perdue was paid $42 million by Dollar General in 2007 and 2008.