Basil Ghali Turns Himself In and Charged With Reckless Conduct 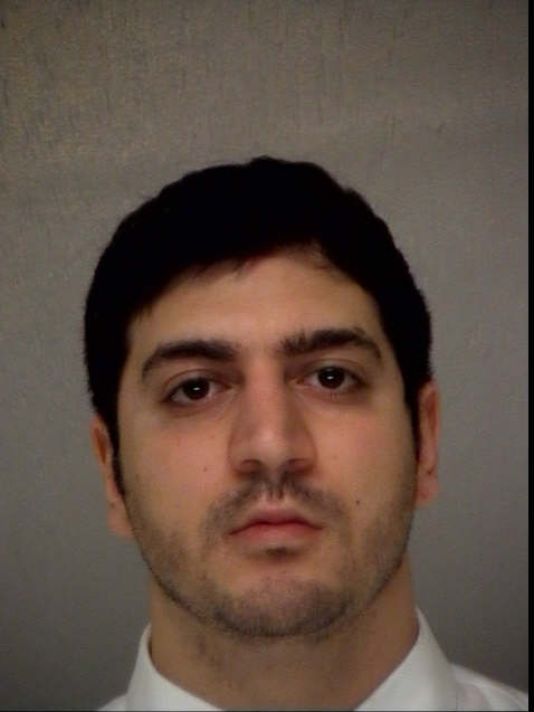 Some Good News and some bad news.

The good news is the shooter (Basil Ghali) has been identified and charged. The bad news is he was charged with reckless conduct which is a misdemeanor and not with aggravated assault which is a felony with stiffer consequences.

According to the Bibb County jail web site, Ghali was taken into custody at 10:15 this morning and released at 11:03 on $650 bond.

One of the alleged victims in last month’s Lake Tobesofkee declined to comment immediately on charges in the case. He was one of the three fishermen Basil Ghali allegedly fired up to 10 rounds upon.

Shelby Smith said, “This is hard for me. I need to collect my thoughts and think about it”

In Georgia, assault and battery crimes consist of simple assault, aggravated assault, simple battery, battery, and aggravated battery. Assault in Georgia is an attempt to cause physical injury to another person -for instance, attempting to strike someone with a hand or object, and missing. Assault also is any intentional act or threat of action that reasonably causes a person to feel afraid of impending violence. Threatening to beat up someone or to â€œbreak your arm,â€ when said in a menacing or angry manner, is assault if it appears that the assailant has the ability to carry out the threat and the victim believes or could reasonably believe that he is about to be struck or injured. (Ga. Code Ann.§16-5-20.)

An aggravated assault, a felony in Georgia, is an assault that is committed:

A person who causes bodily harm to or endangers the bodily safety of another person by consciously disregarding a substantial and unjustifiable risk that his act or omission will cause harm or endanger the safety of the other person and the disregard constitutes a gross deviation from the standard of care which a reasonable person would exercise in the situation is guilty of a misdemeanor.

Generally, a misdemeanor is punishable by up to one year imprisonment, a fine of $1,000, or both. If you do not have a record, most likely, the DA will not seek jail time. Most likely, if you plead guilty, the DA will just ask you to pay a fine.

Because Basil Ghali turned himself in I would wager the family attorney worked all of the details prior to Basil turning himself in and a deal had been agreed upon before he arrived. He was bailed out very soon after.

The question remaining is: Will all the previous charges of which there were many, influence the sentencing? There were 11 incidents where deputies were sent to that house in the last year. Basil also threatened to kill everyone with a handgun in a previous incident at a gym in Macon.

Sheriff Davis in his statement below regrets not being able to charge Basil with a more severe crime of Aggravated Assault and explains the reason on the initial mistakes made the night of the shooting.

Here is the press release by Sheriff Davis in the entirety. We will update this article with more information later today so please check back for more details this afternoon or evening.

I have called you here today to give the community some resolution on the incident at Lake Tobesofkee.

At 10:00 this morning, Basil Ghali turned himself in to the Bibb County jail where he was criminally charged in connection with the shooting incident at Lake Tobesofkee on the night of March 21st.

After consulting with prosecutors, and going over all the evidence we could gather, Mr. Ghali has been charged with reckless conduct with a firearm. Mr. Ghali is being cooperative with investigators and has provided additional evidence. He has retained an attorney and investigators have been coordinating their efforts through him.

We are charging Mr. Ghali with reckless conduct because that is the most appropriate charge based on the evidence and information available to investigators. I realize that many people in our community called for more severe charges. If the deputies who initially responded to this incident had done what they were supposed to do, Basil Ghali might very well have been charged with aggravated assault. But they didn’t and, therefore, he wasn’t.

Mistakes were made by my deputies that night. Because of these mistakes, a criminal case was jeopardized. Because of their inaction, this investigation has dragged on for more than a month. This never should have happened. This case should have been solved that night and sent to the District Attorney’s office for prosecution.

The mishandling of this incident brought to my attention the problems we had in Patrol District Four that night. When I reviewed all the circumstances surrounding the incident at the lake, one thing became very clear: some facets of law enforcement failed to uphold their sworn duties.

I am grateful that we have some resolution to this serious matter. If it wasn’t for the diligence, thoroughness, and perseverance of our investigators, we wouldn’t be here today with a criminal charge.

As sheriff, I take ultimate responsibility for the performance of my deputies…good or bad. But I must give credit where credit is due. Investigator Lee Howard, Sgt. Joseph Vamper, and Lieutenant Chuck Whitaker worked tirelessly to identify and to hold responsible the individual who took a gun and recklessly fired shots towards a public lake where unsuspecting individuals were present for lawful recreation. They each have received a letter of commendation from me for their efforts in bringing this case to a meaningful culmination.

This office is very fortunate for the many hard workers we have. Every day we have deputies who do a great job and they are seldom recognized. Seeing the many hours of diligent work these investigators put in reminds me of that. So my appreciation goes out to Lee, Joseph, and Chuck. They served the community well.

In conclusion, the sheriffâ€™s office has let the community down in this incident. We will use this as a learning experience. I can assure everyone that we will be looking at all aspects of the sheriff’s office to determine if adjustments need to be made so that something like this may never happen again.